Even my retired neighbor who doesn’t fish probably knows Lake St. Clair smallmouth eat soft plastic tubes and drop shot rigs. But believe it or not, bass eat other lures on St. Clair too – including swimbaits and crankbaits, according to longtime Toyota Bonus Bucks member Keith Combs. 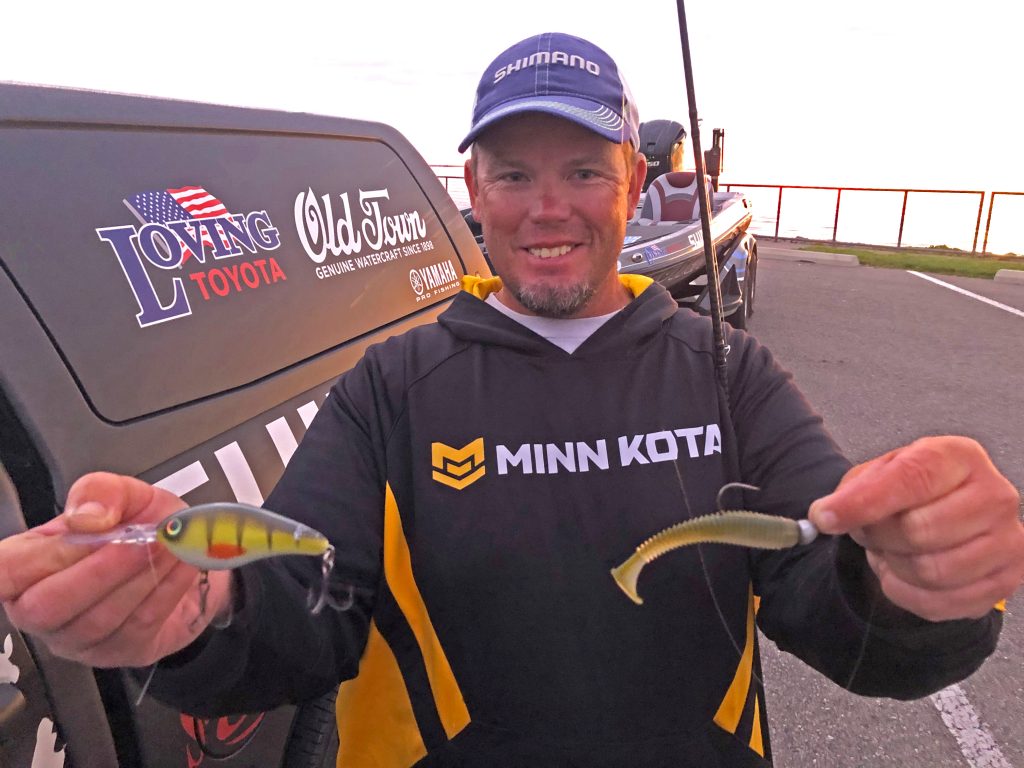 And look, just because Combs is best known for dredging up 40 pound limits of largemouth from legendary ponds like Lake Fork and Falcon, doesn’t mean he’s not dialed-in on how to score at St. Clair. The East Texas resident has notched two Top 5s in tour level events on the famous circular shaped fishery near Detroit.

“The Strike King 6XD is an awesome search bait on St. Clair anytime you’re in 17 to 19 feet of water. I crank it over the “short grass” growing about a foot off the bottom, and when I catch one, I drop a waypoint and just fan cast it around that waypoint,” says Combs.

Just about every small town around Lake St. Clair has a restaurant or pub that’s famous for serving up yellow perch. The locals, as well as visiting B.A.S.S. staff members, eat the tiny succulent filets with the same tenacity smallmouth gobble them whole out on the lake.

So no surprise, Combs’ favorite 6XD color is “sugar daddy” – painted to look just like a snack-sized perch. He ties it to 15-pound Seaguar fluorocarbon line.

Combs says halibut is actually his favorite fish to eat, and when he’s fishing a bit shallower on St. Clair, he reaches for a 3.8” Strike King Rage Swimmer on a ½ ounce Squadron head. He ties his tiny swimbaits to 15-pound line too.

“This is the lure I throw a lot on St. Clair in 12 feet of water or less. I like to let it fall almost to the bottom before I start retrieving it. It’s just super versatile,” says the 43-year-old Dallas Cowboys fan.

So if you’re headed to St. Clair, take a lesson from a highly accomplished Texan – pack some crankbaits and swimbaits to go along with your tubes and drop shots. And if you wouldn’t mind, just for the heck of it, share Combs’ advice with my retired neighbor who doesn’t fish too.