The St. Lawrence River contains more than 700 miles of vitally healthy water for everything from whales to fat smallmouth as it connects the Atlantic Ocean to Lake Ontario. 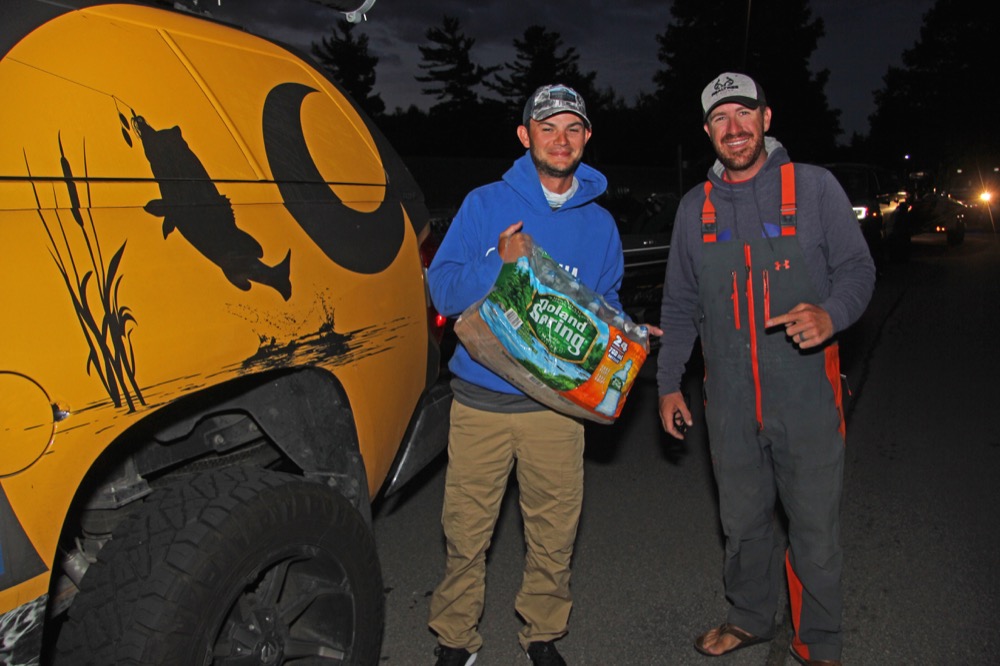 And back-to-back Bassmaster Classic Champ Jordan Lee is wagering with great certainty the St. Lawrence will produce more than 40 limits of bass weighing over 20 pounds on Day 1 of the Bassmaster Elite Series based in Waddington, NY.

The Carhartt pro also knows it’s cheaper to buy bottled water by the case. Hence the reason he came parading through the morning launch line with enough Poland Spring bottled product to hydrate half a dozen fellow pros.

What he didn’t know is bottled water is actually a relatively new concept.

“Man, I just thought you could buy bottled water forever, you know, like at least back in the 1930s and 40s,” Lee said with comical perplexity.

“No, I know bottled water hasn’t been around that long, because Andy Griffith never has bottled water, and I’ve watched a whole bunch of Andy Griffith shows,” said the 27-year-old Wheeler of the famous show filmed in the 1960s with an even earlier nostalgic theme.

Hearing the two millenials derive the history of bottled water was indeed a bit of comical relief to an otherwise stressful competition morning rich with anticipation of fat limits of smallmouth.

Fact is, water was first sold in plastic bottles back in the early 1970s, and became much a part of everyday life in the same era of the 1990s that Jordan Lee and Jacob Wheeler were born.

Talented and comical B.A.S.S. photographer James Overstreet, age 58, overheard the conversation and added the final history lesson on the subject just before Lee and Wheeler launched.

“Man, look, I can remember when people thought it was crazy to pay for water back when it first came out. That was back in the 70s, but let’s be honest, us children of the 70s really don’t remember much about the 70s,” concluded Overstreet.