Darold “The Silver Fox” Gleason caught a 22-pound limit of Lake Fork bass on Day 1 of the Guaranteed Rate Bassmaster Elite Series event as though he has done it many times before. 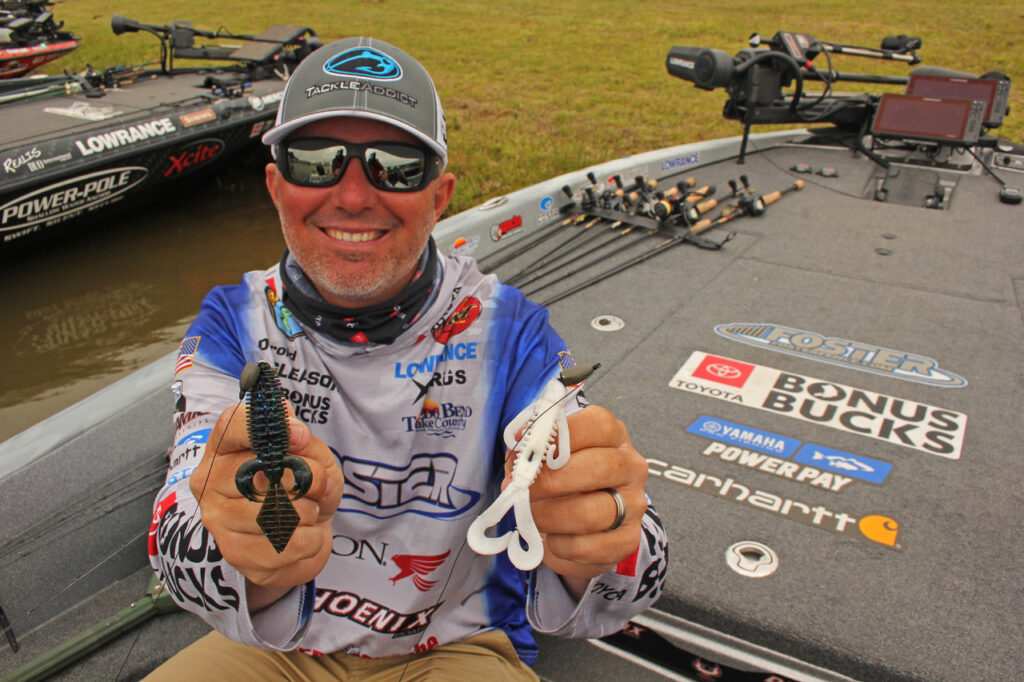 Technically, Gleason is a tour rookie, but he’s also an accomplished sight fishing angler and guide. Thus, his sight fishing performance on Fork was well-founded in experience and confidence.

And if you know Gleason, a former school teacher and coach from Louisiana, you know that not only has he caught twelve bass over 10-pounds, but also that he’s as gracious as he is hilarious. So his willingness to offer three key tips to make all of us better ‘bed’ fishermen comes as no surprise.

Don’t get too close

“The biggest mistake people make is trying to get way too close to a bedding fish,” warns Gleason. “I realize it’s natural to want to study their behavior, and you can do that when you’re locating beds, but when it’s time to cast, you need to back off. The closer you get, the less willing they’ll be to bite.”

Two lures to get it done

“A huge majority of the time I throw either a white V & M J-Bug that I can see really well on the super shallow beds, or a blue shadow colored V & M Flat Wild to the slightly deeper beds,” he says. “Treat the white J-Bug like a bobber, when it disappears, that means she’s engulfed it, set the hook!”

Gleason, who relies heavily on his Costa polarized eyewear, actually uses a slightly heavier 3/8-ounce weight on the white J-Bug he pitches shallow because he wants perfect accuracy when trying to land it in the sweet spot of the bed.

“This surprises a lot of people, but I always use 65-pound braid on my baitcasters when sight fishing,” grins Gleason. “You have to realize those fish aren’t studying that lure to eat it. They’re reacting out of anger to defend the nest, so I want maximum towing power when they bite, with nothing left to chance.”

Don’t get too close, lean on two key lures, and spool-up with braided line, three keys that have made “The Silver Fox” one of the country’s top bass snatchers when the spawn is on.