If you were smoking chicken wings on the grill next to Kevin VanDam, you can bet he’d do everything in his power to make sure his tasted better than yours. But he’d also fetch you a cold beverage of your choice. Yup, the Team Toyota pro is an awesome blend of fierce competitor and humble class.

So when asked how much of his $6 Million career total he’s won on these three colors of Strike King’s Red Eye Shad – at first, with humility he hesitated to say – but then stated it was for sure a million bucks – and was gracious enough to share a first-hand look into his tackle box.

“Lipless crankbaits are fish catchers year-round, but late winter and really early spring, when water temps are 45 to 55 is the ideal time to throw them. And if I had to pick three colors I’ve had the most success on, it would be Delta Craw, Chartreuse Perch and Gold Sexy Shad,” says VanDam, bass fishing’s all-time leading money winner. 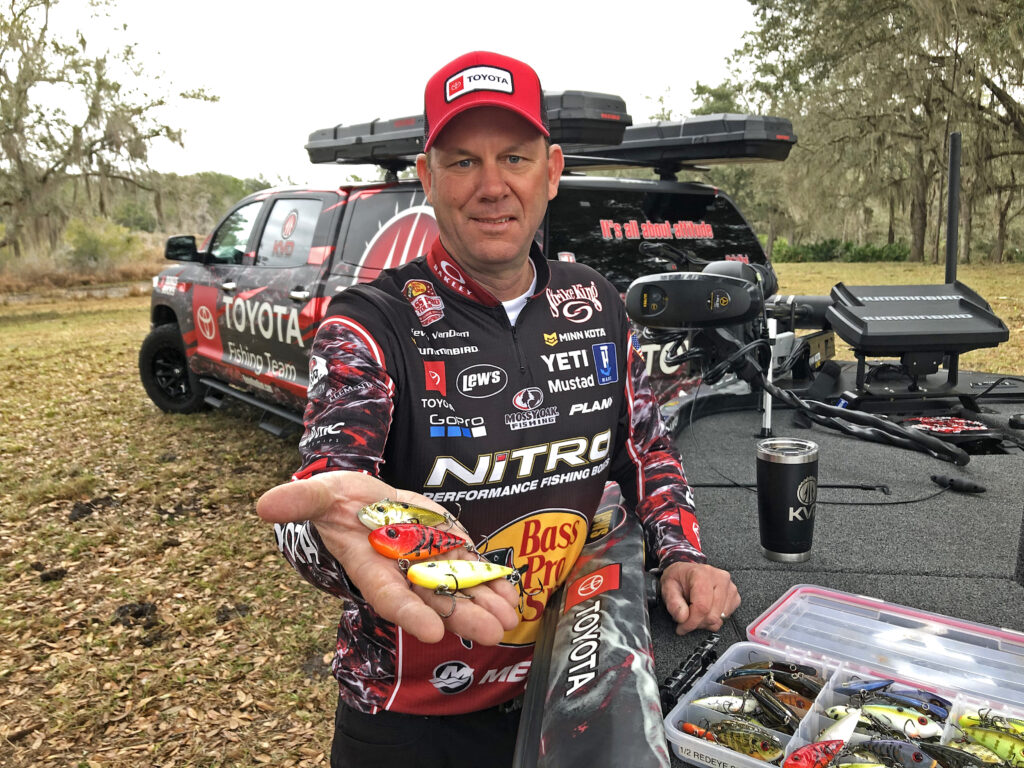 “Most people know red is a great color during the early pre-spawn, and I love it anytime I’m around vegetation – especially in Texas,” he says.

“This is my stained water special. I’ve had great luck with it at places like Kentucky Lake, Wheeler, and Guntersville along the Tennessee River. You don’t need aquatic vegetation for this one to shine. It’s great when you’ve got off colored water around gravel bars, secondary points, or when the back of creeks get a little dirty after a springtime rain.”

“Sort of the opposite of Chartreuse Perch being awesome in heavily stained water, Gold Sexy Shad is my favorite when the water is clearer, like it was when I won the 2010 Classic on Lay Lake in late February throwing it in the back of a creek around stumps where gizzard shad were present.”

Make it shimmie, and use great hooks

VanDam says the magic of the Red Eye Shad is that it ‘shimmies’ from side to side as it falls on slack line, hence the reason he rips and yo-yos it amid the retrieve, versus simply winding it straight in each time. He also emphasizes the importance of his proven rod, reel, line, hook system playing in perfect harmony when casting a lipless crank. 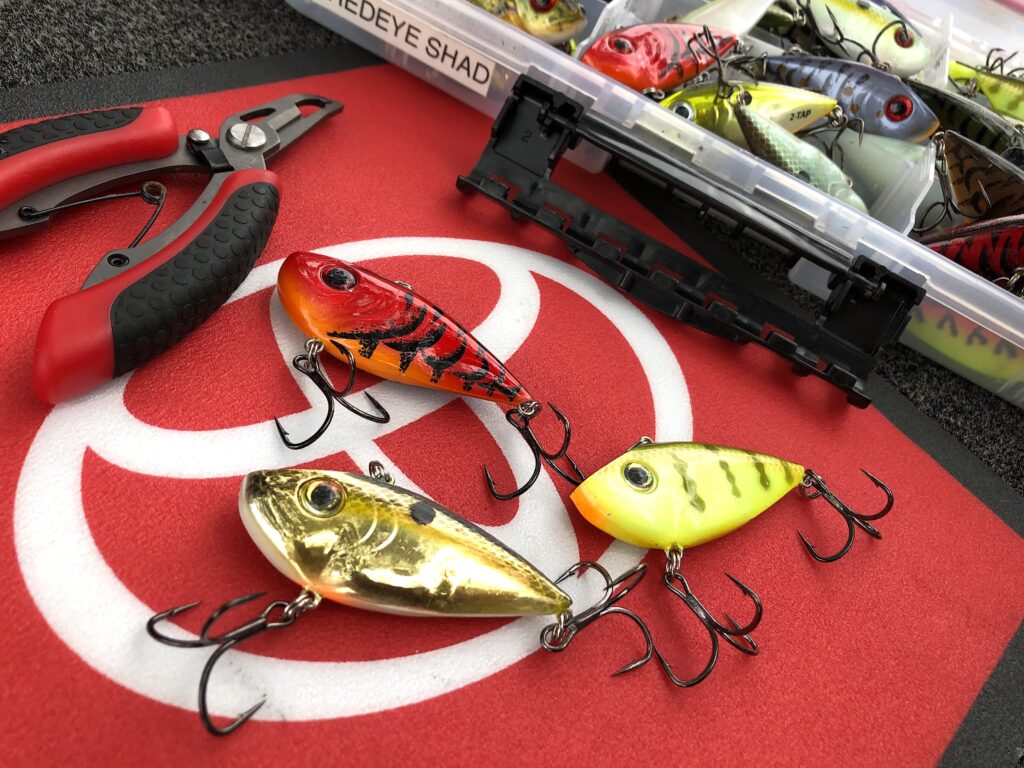 “I use a 7’ medium action composite rod with plenty of flex in the tip so cold water bass have plenty of chances to suck it in, and you’re not going to tear the hooks free once they eat it,” he explains. His reel of choice is a 6.2:1 Lew’s KVD baitcaster spooled with 17-pound fluorocarbon, and he can’t emphasize enough how critical it is to change all factory hooks to Mustad KVD TripleGrip #2 treble hooks.

“If you look in my tackle box, you’ll notice I’ve taken time to replace the hooks on every single ½ ounce Red Eye Shad in there,” punctuates VanDam in much the same way he speaks of how to smoke the perfect batch of chicken wings.