3 Lures B. Lester Thinks Can Win the Classic

Brandon Lester is fishing his 6th Bassmaster Classic, and yet the super-likeable God-fearing family man from Tennessee doesn’t have a lure sponsor. So, there’s no bias, no sponsor-satisfying commercial slant to his opinion on three lures that could win the 51st Bassmaster Classic on Lake Ray Roberts. 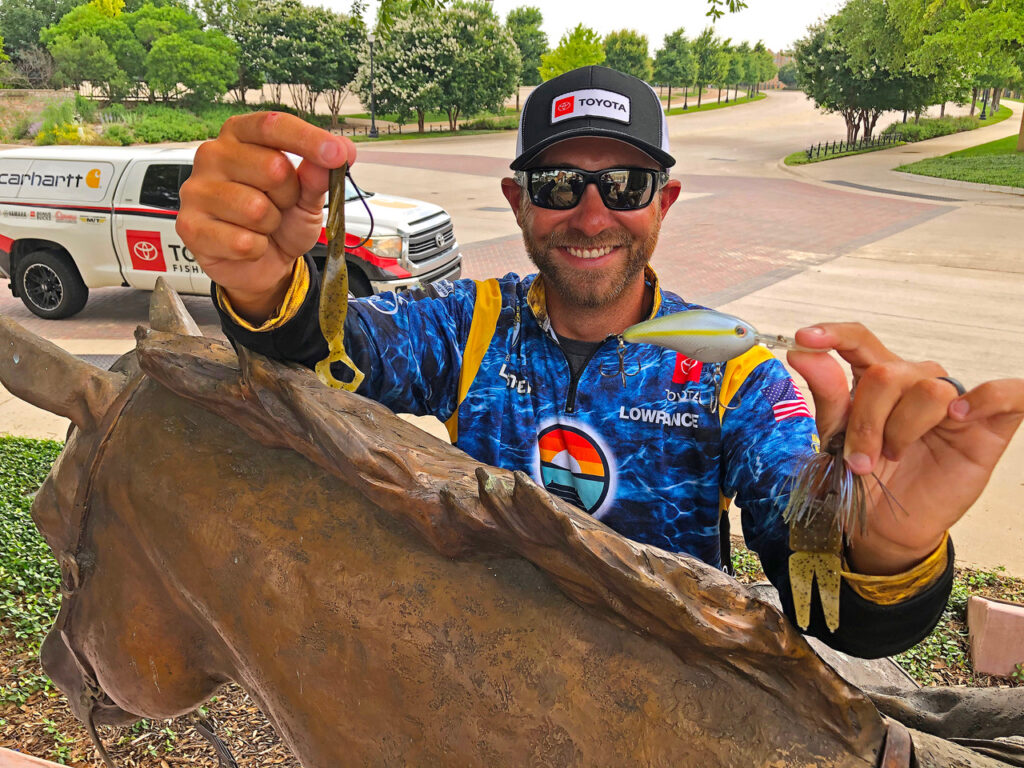 “There’s a 70% chance this Classic will be won in less than 10-feet of water around flooded bushes, but there’s still a 30% chance a deep water post-spawn spot could play a major role too, so I’m giving you two shallow lures and one for the deep stuff,” says Lester on the eve of the 2001 Classic’s final practice day.

5/8-ounce jig – “This particular one is from Dirty Jigs and I dress it with a Zoom Big Salty Chunk. When you’re dealing with a crazy amount of flooded bushes and cover, you need a little heavier jig to cover more water. Plus, with 77-degree water I like my lure to fall a little faster, so I prefer a little heavier jig,” says the Team Toyota pro.

Big Creature Bait – “I truly believe a big creature bait gets bites from bigger fish. It’s one of my all-time favorites. It’s bulky, it’s invasive, and it looks like a lot of the prey bass eat — from bluegill to crawdads. I’ll rig it with a Mustad Grip Pin flippin’ hook and a 3/8-ounce Mustad tungsten weight on 25-pound Vicious fluorocarbon line, and cover a lot of water,” he says.

Deep crankbait – “This one is just to keep ‘em honest. Again, I’m not counting on deep schools to win, but I will check a couple spots I found in practice in that 12 to 18-feet deep zone, and a crankbait always seems to get bites from the bigger bass faster than dragging a jig or worm around,” concludes Lester.