3 Questions with Sumrall and Zaldain

So far the topic of the Guaranteed Rate Bassmaster Elite on Pickwick Lake has been change. Weather systems, cold fronts, and other curveballs Mother Nature likes to throw are factors Elite Series pros like Caleb Sumrall and Chris Zaldain are used to dealing with during major events. 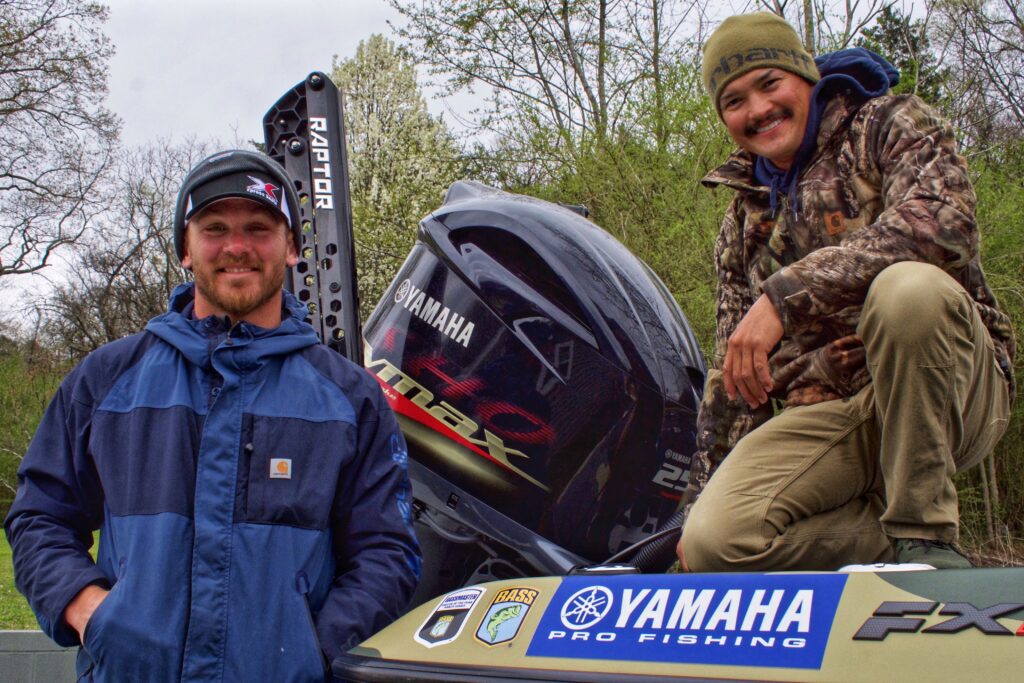 The Yamaha pros are experts at managing the general adjustments tournament anglers often face. The conditions along the Tennessee River on legendary Pickwick Lake this week offer an entirely new set of challenges for the entire Elite Series field.

Lake levels are five (or more) feet higher, current flows have more than doubled, and the water clarity is much dirtier; which means Pickwick is going to fish like a completely different lake versus what anglers experienced in practice. And they haven’t been on the water since conditions have changed, so they are effectively going in blind.

We asked Sumrall and Zaldain to answer a few questions pertaining to Pickwick and then compare their answers now, to what they might have been before the weather rolled in on Wednesday.

Q – What are three lures you expect anglers near the top of the leaderboard to be throwing? Earlier in the week versus current conditions.

Zaldain – “In the stable conditions we had earlier in the week, I would have expected lures like a spinnerbait with double willow blades, a green pumpkin chatterbait, and watermelon / green pumpkin type soft plastics.”

“Now that that water has dirtied up, the same techniques will play but it’ll be single Colorado blades on chartreuse spinnerbaits, bright chatterbaits, and a black n’ blue jig. Those kinds of details will be vastly different now.”

Sumrall –  “My three baits would be a swimbait, a spinnerbait, and a chatterbait for both current conditions and earlier in the week. The adjustments will come in the details. The size, weight, and color of the lures will change based on faster current and dirtier water.”

Q – What will be the breakdown of smallmouth versus largemouth weighed in this week in terms of percentages? Earlier in the week versus current conditions.

Sumrall –  “The cleaner water we had earlier in the week definitely helped those big river smallmouth feed, so we’ll see less brown ones in current conditions. I’d say 70% largemouth and 30% smallmouth during practice, but now it’ll be 85% green and 15% brown.”

Q – What do you expect the winning weight of this tournament will be? Earlier in the week versus current conditions.

Zaldain – “During practice the number I had in my head to win this event was 22.5-lbs per day. Somewhere around 90-lbs for a four day total. With the changing conditions I really don’t think that number will vary too much. It might be a new crop of anglers catching them, but I still think it’ll take that much weight to win on Tuesday.”

Sumrall –  “Based on what I saw in practice I’d have guessed it would take something crazy like 24-lbs a day to win this derby. That’s up around the 100-lb mark for a winning weight. Now, with the current conditions, I’d guess a little less. Like maybe 90-lbs for four days, but these dudes are still going to catch them. There are too many big fish in this place.”