BIRMINGHAM, Ala. — B.A.S.S., the world’s largest fishing organization, and the C.A.S.T. for Kids Foundation are accepting nominations for their inaugural humanitarian award recognizing the important work being done by many anglers to support fragile populations. The C.A.S.T. for Kids B.A.S.S. Humanitarian Award will honor one B.A.S.S. member who has demonstrated an extraordinary commitment to serving groups such as children with special needs, veterans, abuse survivors or any people who need extra help and support. 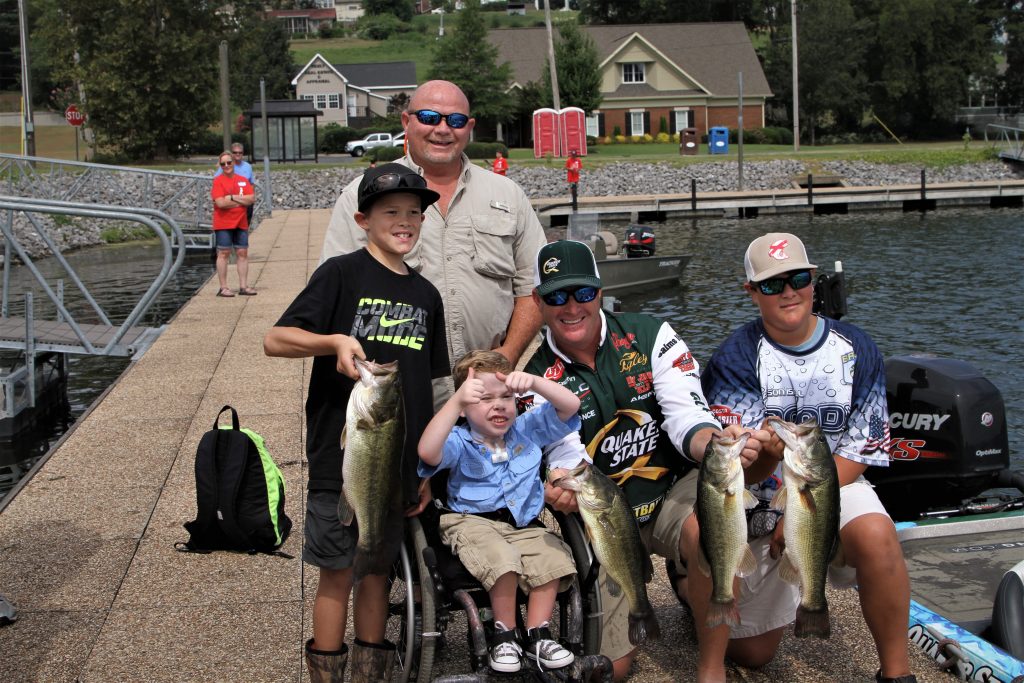 “We are proud to collaborate with the C.A.S.T. for Kids Foundation to honor the many volunteers in both of our organizations who make such a positive impact in their communities,” said B.A.S.S. CEO Bruce Akin. “While only one person will receive this inaugural award, we hope it will spotlight the incredible work being done by so many of our members across the country.”

To be considered for the award, a B.A.S.S. member must be nominated by January 31, 2020. Any member doing exemplary community service will be considered. The nomination form can be found at bassmaster.com/award.

The Executive Director of the C.A.S.T. for Kids Foundation is Bassmaster Elite Series pro Jay Yelas, who is one of the most decorated anglers in the sport. After serving on the Foundation’s Board of Directors for 10 years, Yelas took over as Executive Director in 2015.

“My passion for people and for sharing the great sport of fishing with others, especially with children, is why I love C.A.S.T. for Kids,” said Yelas. “I’m excited to partner with B.A.S.S. on this award, and to hear more stories about how my fellow anglers pour their heart into people who need to feel their love and support.”

Judges from both B.A.S.S. and the C.A.S.T. for Kids Foundations will review all nominations as well as verify the humanitarian work of the honoree. It is important to note that, while C.A.S.T. for Kids focuses on giving special needs kids fishing opportunities, the nominations are open to B.A.S.S. members doing any form of good work to help a fragile population.

The winner of the inaugural C.A.S.T. for Kids B.A.S.S. Humanitarian Award will be honored onstage at the 2020 Academy Sports + Outdoors Bassmaster Classic presented by Huk.

Earlier during Classic Week festivities, on Saturday, Feb. 29, B.A.S.S. will host a special Classic C.A.S.T. for Kids event for as many as 40 children on the campus of nearby Wallace State Community College.

About C.A.S.T. for Kids
The C.A.S.T. for Kids program has been proven to enrich the lives of children with special needs by hosting events that prove children with disabilities can accomplish anything. These events allow them to enjoy a unique fishing and boating event, one where they can leave their cares on shore and feel “normal” for a day. The events have many lasting benefits. The kids feel genuinely loved, valued and accepted by their community, and are celebrated as winners at an awards ceremony. The Foundation has seen tremendous positive improvements in growing the kids’ social skills and overcoming behavioral issues through their interactions at events with community volunteers and children of similar disabilities. Encouraging the kids with a team-oriented approach, the C.A.S.T. for Kids Foundation has enhanced the lives of over 120,000 kids over the last three decades. To learn more, visit castforkids.org.