The past 20 months of Jacob Wheeler’s fishing career have been nothing less than incredible. In 2020 alone the Major League Fishing pro notched a Bass Pro Tour win on Lake Eufaula, a FLW Toyota Series victory on Pickwick Lake, and dominated the first ever FLW Tackle Warehouse Pro Circuit Super Tournament on Lake Chickamauga.

Add those accolades to several other top 10 finishes and threatening for the Bass Pro Tour Points Champion title, and you have the framework for one of the best seasons in tournament bass fishing history. Then look back at 2019; Wheeler achieved a General Tires World Championship, another Bass Pro Tour title, and a 2nd place finish in the Bassmaster Classic.

It’s no surprise the Team Toyota pro is ranked as the number one bass fisherman in the world right now on BassFan; something widely agreed upon by fans and competitors alike. He competes like a salty veteran but Wheeler is only 30 years old, with most of his “tournament fishing prime” still ahead of him.

Perhaps the most impressive thing about Wheeler’s recent dominance is the versatility he displayed. Radically different fisheries, contrasting weather patterns, various times of the year, smallmouth versus largemouth, and even completely different formats couldn’t slow Wheeler down.

Whether he was catching Great Lakes smallmouth with a dropshot, stroking offshore muddy water largemouth with a 1-ounce spinnerbait, or rotating through baits on a summertime Tennessee River ledge didn’t matter. Wheeler caught ‘em and outperformed the competition in the process.

It begs the question, what is Wheeler’s biggest fishing strength, what is his wheelhouse? Instead of putting the Indiana native on the spot and asking him to answer that question about himself, we asked a trio of his Bass Pro Tour peers for their input. Not surprisingly, they all came back with different answers. 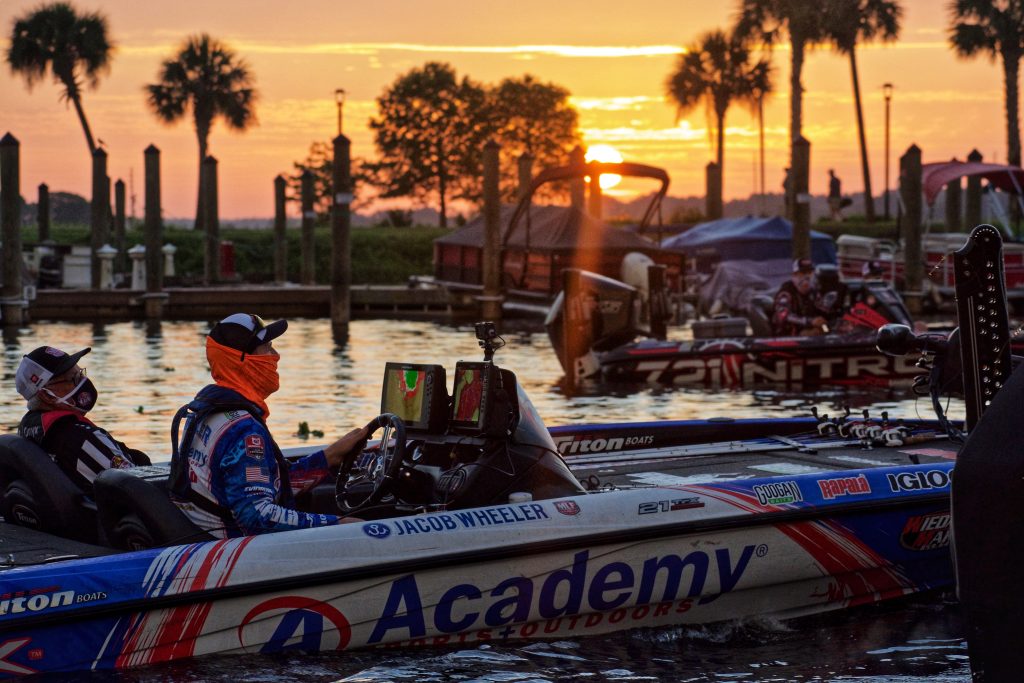 Jordan Lee is another young standout coming off an amazing 2020 season. Lee and Wheeler battled it out throughout the Bass Pro Tour schedule and have a lot of respect for one another.

Like KVD and Skeet Reese raised the level of competition against one another ten years ago, we may be witnessing Wheeler and Lee forming a similar rivalry near the top of the leaderboard. We asked the Carhartt pro where he believes Wheeler excels the most.

“In my opinion I think Wheeler is one of the absolute best with his electronics right now,” Lee offered. “He runs multiple units and seems to understand what they are showing him better than just about anyone. He’s proven he can catch fish with any technique, but the difference maker is how good he is at finding groups of fish with his electronics.”

Few anglers know Wheeler better than Mark Daniels Jr. Wheeler and MDJ are not only good friends and competitors; they’ve actually spent the past three seasons as roommates. Traveling to and from tournaments together. MDJ struggled with the question, as he believes Wheeler excels as just about everything.

Ultimately MDJ answered with all things topwater; a skillset Wheeler showcased this year in tournaments from Lake Okeechobee, Florida to La Crosse, Wisconsin.

“His absolute strength is anything topwater,” Daniels Jr. said. “He blows my mind with how much he understands about the itty bitty nuances of topwater fishing. He’s good with frogs, buzzbaits, walking baits, or prop baits but more than that he knows when to change based on the fishes disposition. He sees subtleties with topwaters that go over most of our heads.” 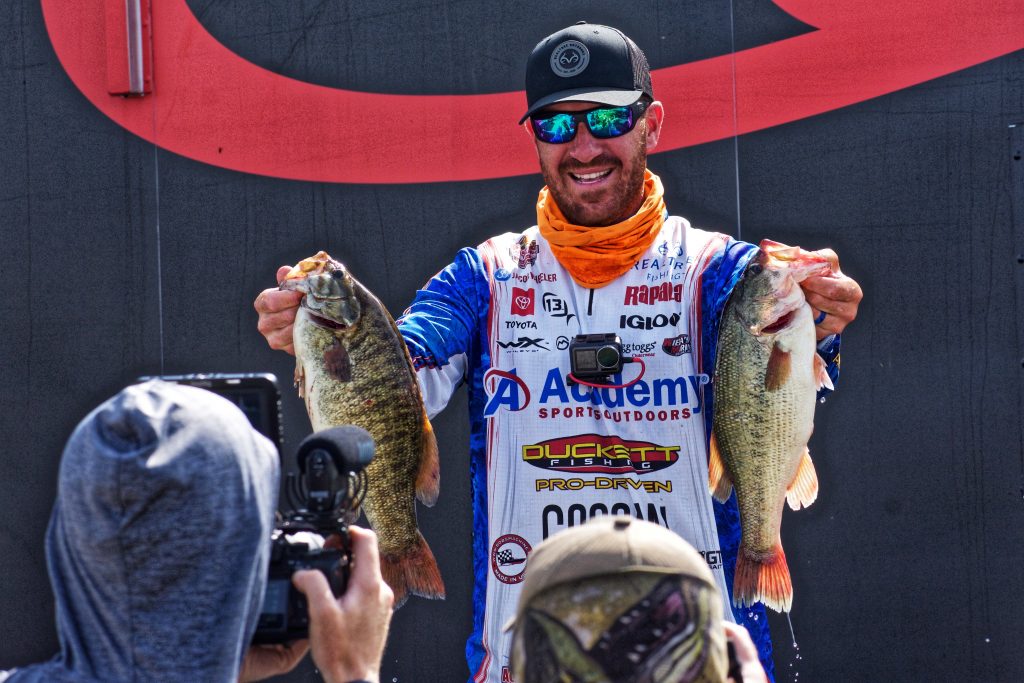 Terry “Big Show” Scroggins has been in the bass fishing game for a long time and has witnessed the origins of several successful fishing careers. The Team Toyota pro isn’t afraid to tell you Wheeler’s talent is something special, and in his opinion it has a lot to do with the space in between his ears.

“Wheeler’s decision making, and willingness to change what he’s doing in the middle of a tournament day sets him apart,” Scroggins explained. “Having the instincts and confidence to make decisions like that only comes with experience. Something most 30-year olds don’t have enough of; Wheeler does. Add that to his skills and you’ve got a headache for the rest of the competition!”

His fellow competitors and recent tournament performances illustrate a similar picture – Wheeler’s “wheelhouse” encompasses a lot and it keeps growing year after year.