Cypress, CA (March 15, 2021) – In the history of the reel, it was only natural that the housing was a combination of two parts: the body and the body cover. However, when Daiwa launched the MONOCOQUE BODY in 2016, it destroyed this conventional truth. In the monocoque structure, the body itself is a rigid frame, durable to twists and bends, and yet it is space-economizing and compact. Monocoque design technology is used in the likes of rockets and Formula One vehicles, where durability and space efficiency are required under extreme conditions. In the spinning reel, which contains over 150 parts in its small body, the monocoque structure’s impact was truly immense. By eliminating the need for screw space, the drive gear was expanded to its maximum size relative to the dimensions of the body. Now, the body could hold a large-diameter drive gear that covers around 85% of the body’s surface. In other words, bodies of the same size as before were able to house much larger gears, and if the gear size were instead kept the same, then extremely light bodies could be created.

In Daiwa’s monocoque models there is a screw-in side cap to the design which allows for 360 degrees of gear stability. This provides good gear alignment better than a sideplate with multiple screw ports. Reels that have multiple screw port sideplates are designed with material inside the reel for screws to go into so you lose overall space within the frame of the reel unless you make the reel bigger which adds more weight, increase frame movement and can result in loss of rigidity. 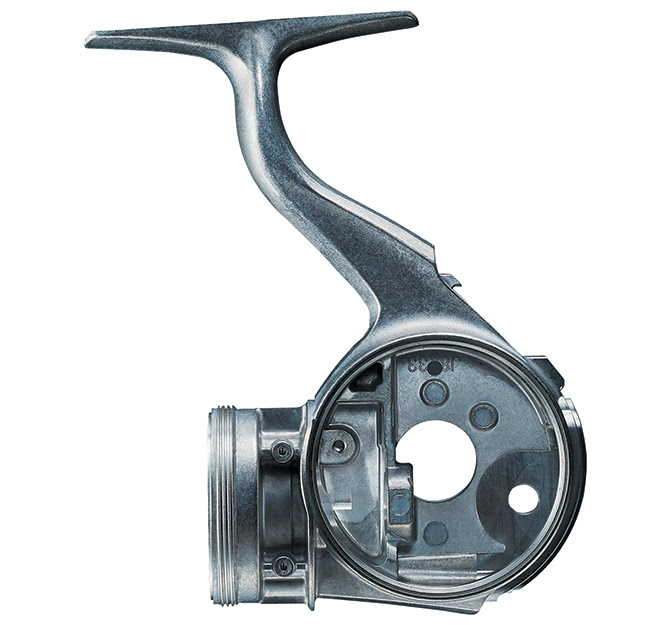 Monocoque design technology is used in the likes of rockets and Formula One vehicles, where durability and space efficiency are required under extreme conditions.

“Without adding multiple screw ports and having just one thread-in sidecap we can make the reel smaller but utilize bigger gears. And putting a bigger gear in the reel allows us the same gear ratios as other reels in the industry but with more power and torque and efficiency when turning the handle,” comments Daiwa Field Marketing Manager, Marc Mills.

The other benefit to monocoque technology is a much greater seal. Because the monocoque reel doesn’t have multiple screw ports and it has the thread-in sideplate you get a better seal around those areas. The seal is a lot more efficient for keeping water, contaminants and debris out of the reel. And the more contaminants you keep out of the reel obviously the longer the gears will last, the longer the grease stands up, and the less moisture gets in the reel and there are layers upon layers of that.

Mills adds: “But monocoque technology really allows us to transfer gear power to the reel at the same gear ratios but as a smoother, easier to turn reel than the competition in the marketplace that’s using a regular sideplate. If you think of a standard reel with multiple screw ports in the sideplate and if one is looser than the other stuff starts moving around. Whereas with monocoque you have something that screws in 360 degrees every angle and edge receives the exact same pressure.” 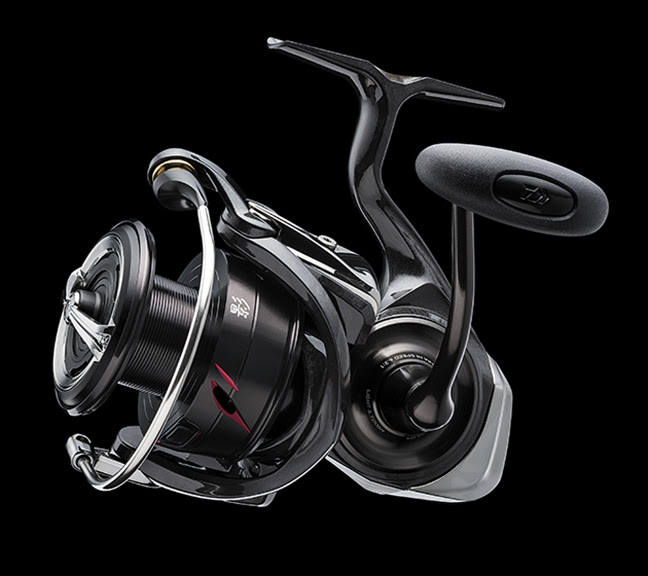 For Daiwa’s latest color catalog and/or information on Daiwa dealers in your area, call Daiwa’s Customer Service Department at 562-375-6800 or e-mail inquiries to: info@daiwa.com. The URL for Daiwa’s web site is http://www.daiwa.com/us/