ORANGE, Texas — Greg Hackney has had plenty of opportunities to familiarize himself with the Sabine River, but in terms of current events, he acknowledges an understandable mystique enshrouding the Bassmaster Elite at Sabine River. 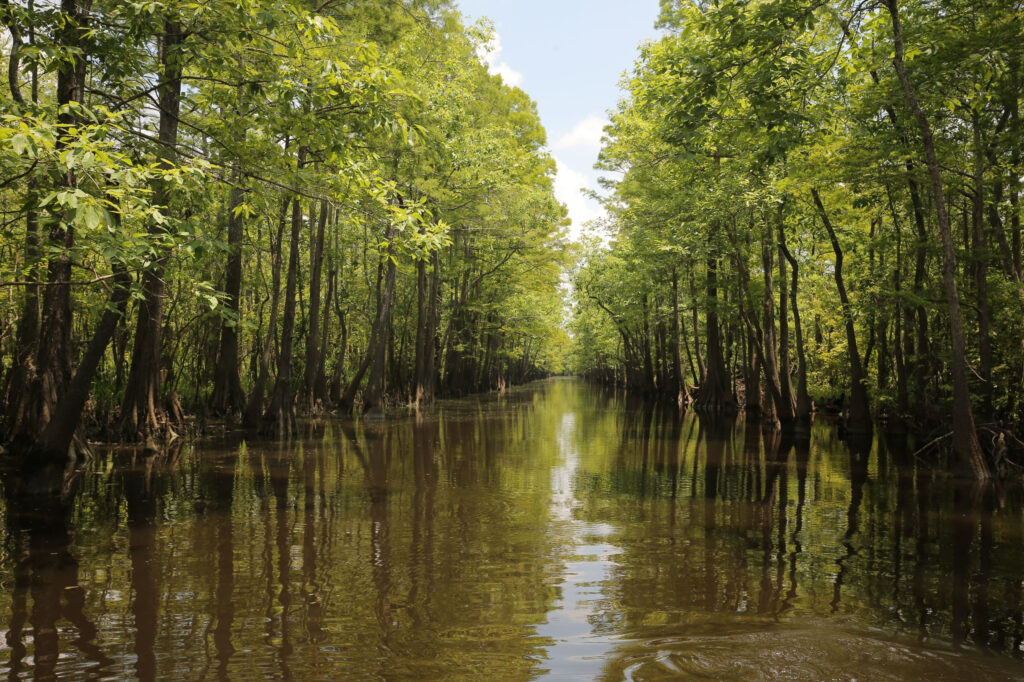 Competition days will be April 8-11 with daily takeoffs from City of Orange Boat Ramp at 6:45 a.m. CT and weigh-ins each day at the ramp at 3 p.m.

“The funny thing about the Sabine is you can’t gather information like you can other lakes,” he said. “It’s a great fishery, but it’s not (a common tournament destination) because it lays just south of two of the best fisheries in the country — Toledo Bend and Rayburn. So, it’s not a fishery where you can get a lot of information off the internet.”

Good thing is, Hackney has history here. Having fished the Sabine on each of the Elites’ three prior visits, he claimed his most recent of six B.A.S.S. titles there in June 2018. This year, Hackney suspects the seasonal patterns may be running later than normal.

“Spring is later this year because that area was impacted by the (extreme winter storm of mid-February); it’s about three weeks behind,” he said. “Typically, the fish should be done spawning by the end of February, but everything just seems to be way behind this year.”

In 2018, Hackney caught his summer fish by throwing a 1/4-ounce black Hack Attack Select ToadBuzz rigged with a black plastic toad (no skirt) and a Strike King Sexy Frog, and by flipping a Strike King Rage Bug. This time around, he’s anticipating more spawn/postspawn patterns.

Calling the Sabine River a “target-rich environment,” Hackney said Texas-rigged plastics will likely dominate the show. But he expects to see plenty of squarebills, topwater frogs, spinnerbaits, buzzbaits and swimbaits making the rounds. Traditional southern colors matched to water clarities will work, but the presence of marine forage like cocahoe minnows, mullet and blue crabs may influence strategic selections.

With tournament waters extending northward to the Toledo Bend Dam and southwest to Galveston County, the Sabine’s mid to upper reaches offer traditional river scenarios with lots of sandbars, bends and shallow wood. The river also holds a significant amount of cypress and tupelo swamp, while the lower end — below Interstate 10 — sprouts flat, grassy marshlands.

Emptying into Sabine Lake, which connects to the Gulf of Mexico, this is a tidal river, with daily ebb and flow. A couple of miles north of Orange, that influence dwindles and eventually yields to traditional river current — in the Sabine’s case, rather slow.

This, Hackney said, could affect strategies, in terms of tidal planning. Later in the year, anglers often “run” the tide — moving up or downriver to stay with a favorable tide stage. A spring event, he said, puts more emphasis on the reproductive priorities.

“Tides make a big difference later in the year because of feeding windows,” Hackney said. “But in spring, you rarely run the tide for feeding, as opposed to finding a good area and fish it through the tide.

“The fish will be spawning, postspawn or guarding fry. They’re not going to be moving around much.”

That being said, anglers have the option of staying close to find those special areas or burning a lot of their time — and fuel — making long runs to areas of greater promise. Three years ago, Hackney stayed fairly close to the launch site, while others targeted distant options, including the 100-plus-mile one-way trip to the fertile waters of Galveston Bay.

Addressing the risk-reward calculations, Hackney said, “In that whole system, it’s a gamble. It’s not a gamble of fishing, it’s a gamble with your equipment.”

One thing Hackney will be closely watching is the wind. With minimal tidal fluctuation throughout much of this fishery, strong south winds common to this time of year can pile up the water and prevent it from receding.

“If the water stays up, that’s not so good, because it could be muddy,” Hackney said. “The water tends to clear up when it falls. The whole deal there is water clarity — that will spread people out.”

Another variable may be fish population. The historic 2020 hurricane season saw two major storms — Laura (Aug. 27, Category 4) and Delta (Oct. 10, Category 2) — making landfall just east of the Sabine. Despite the influx of rainwater, Hackney notes how a seasonal factor may have had an impact.

“It just depends on if there was any fish kill,” Hackney said. “That place has had some really bad freshwater floods, but those storms last summer came during times of the year when water levels were low, and that can bring a saltwater surge (which can kill freshwater species).”

Overall, Hackney believes the Sabine River will deliver as it has in past years — heavier on quantity than quality. “There’s a lot of fish there. Not a lot of big ones, but it’s loaded with keeper bass.”

This year, Hackney said he’s looking for similar numbers. Around 14 to 15 pounds a day should be very competitive, while 10 a day will likely earn a Championship Sunday spot.

“In the past, guys that have done well had a couple areas,” Hackney said. “Typically, you have to micromanage your fish. You can burn them up in a day.”

Live coverage for all four days of the event can be streamed on Bassmaster.com and the FOX Sports digital platforms. FS1 will also broadcast live with the tournament leaders beginning at 7 a.m. CT on Saturday and Sunday.

The tournament is being hosted by the Greater Orange Chamber of Commerce.