Major League Fishing pro Matt Lee qualified for his first Championship Round on the Bass Pro Tour on his favorite lake in the country, Lake Champlain for Toyota Stage Six. The Carhartt titled pro dominated his Qualifying Round to earn his spot in the Championship Round for a one-in-ten chance at $100,000 and a BPT trophy. 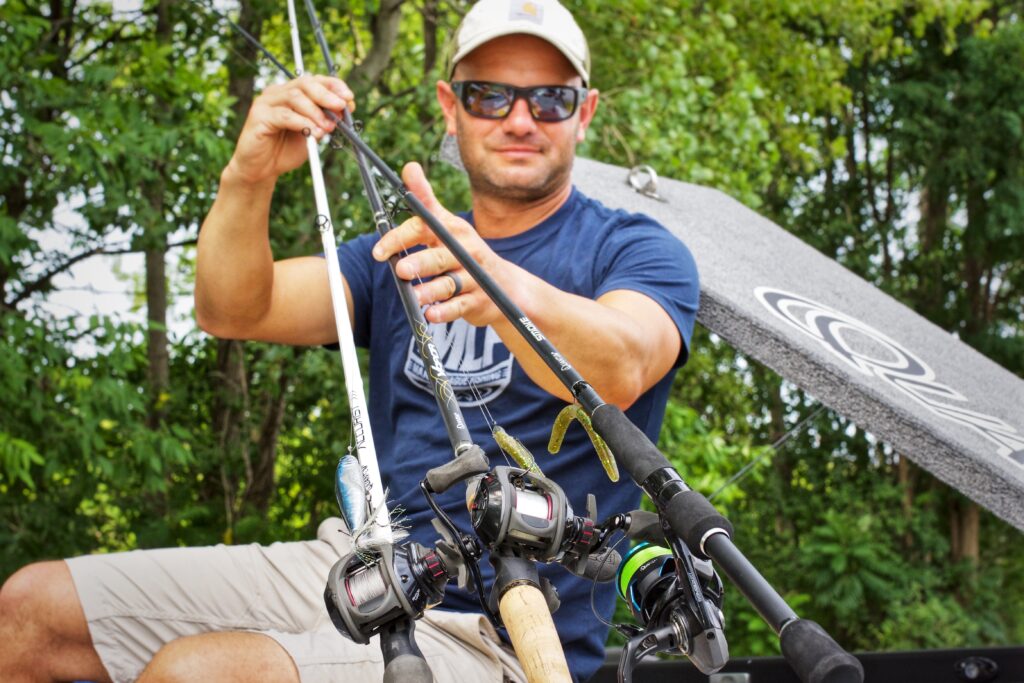 M. Lee caught a mixed bag to amass the 130+ pounds of Lake Champlain bass he caught over his first two days of competition, with over 100-lbs. of that weight coming during his first day on the water. His primary area is a 30-yard stretch of grass – a scrape as he called it – that Lee first discovered in a tournament back in the summer of 2014.

The Quantum pro relied on three techniques to catch his weight that are a staple of his whether he is competing in New York or fun fishing around his house on Smith Lake in Alabama; a topwater walking bait, a Texas-rigged Senko, and a wacky-rigged Senko.

“These three rigs will catch bass from New York to Texas and everywhere in between. Smallmouth, largemouth, spotted bass… they all like it,” Lee said with a smile. “The specific area on Lake Champlain is definitely the key to my tournament so far, but I always have these three setups on the deck of my boat.”

With any luck his “juice-hole” on Lake Champlain will produce for one more day, but either way it has been a memorable week for Lee on one of his favorite fisheries.

“If they are firing in that spot it could be lights out. If not I’m going to have to keep my head down and work at ‘em, but either way its been an awesome week,” Lee said. “I had one of the most amazing two-hour stretch of fishing in my life and in a tournament against the best anglers in the world no less. I’m a blessed dude.”