WETUMPKA, Ala. — Fans of the rapidly growing sport of college fishing will have three days to catch live coverage of the Carhartt Bassmaster College Classic Bracket presented by Bass Pro Shops, which runs Oct. 1-4 on the Coosa River out of Wetumpka, Ala. 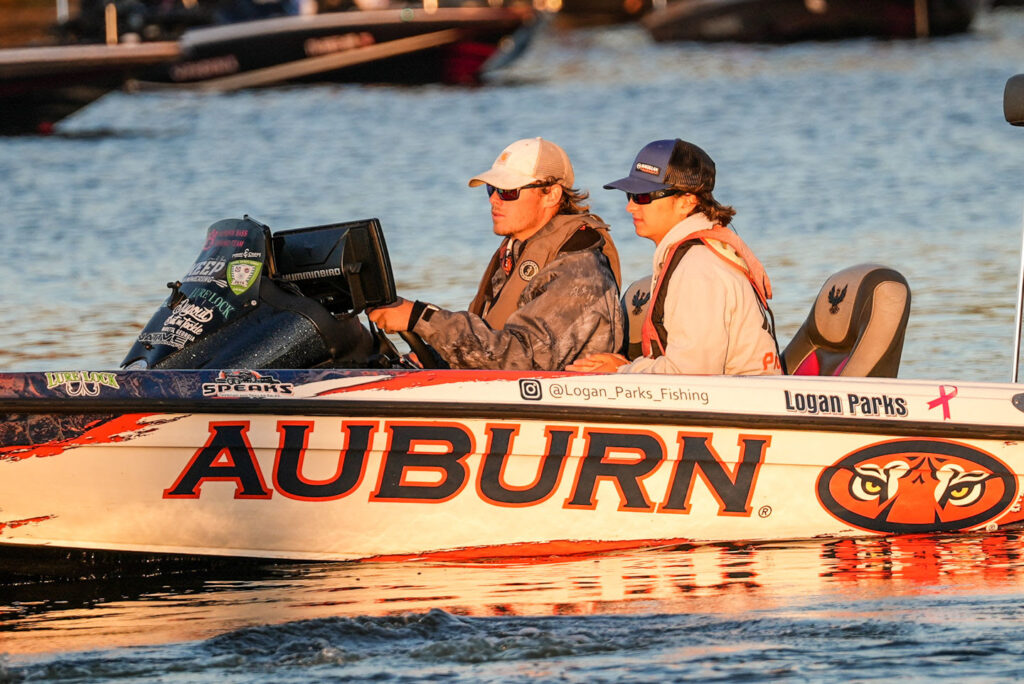 2021 Bassmaster College Team of the Year, Logan Parks and Tucker Smith from Auburn University, will be among the eight competitors at the Carhartt Bassmaster College Classic Bracket presented by Bass Pro Shops Oct. 1-4 on Alabama’s Coosa River. Photo by Kyle Jessie/B.A.S.S.

The event pits the season’s eight top college anglers against one another for a coveted spot in the 2022 Academy Sports + Outdoors Bassmaster Classic presented by Huk. New for this year, on Day 1 of the event, all eight anglers will compete individually to determine seeding and set the bracket for head-to-head competition.

FS1 kicks off a day of college sports with morning action from Day 2 of the tournament beginning at 7 a.m. CT. Bassmaster College Classic Bracket LIVE presented by Bassmaster Fishing 2022, the Official Video Game, will feature real-time coverage from all eight boats on Saturday as anglers battle to advance. Continuing coverage of the tournament can be streamed on Bassmaster.com and the FOX Sports digital platforms.

For the first time, the 2021 Bassmaster College Team of the Year — Auburn University’s Logan Parks and Tucker Smith — automatically punched their ticket to the College Classic Bracket to compete alongside the Top 3 teams from the Bassmaster College National Championship in this individual, elimination-style tournament. Joining Parks and Smith will be National Champions Hayden Scott and Griffin Fernandes from Michigan’s Adrian College, Tristan McCormick and Stevie Mills from bass fishing powerhouse Bethel University and a second team from Auburn, Conner Crosby and James Cobbs.