American bass anglers owe a lot to their Japanese counterparts as some of the most significant innovations cross the Pacific Ocean and then slowly enter the tackle boxes of North American anglers. The drop-shot rig is one prime example of something that started in the Far East, gained steam in the western United States and is now a staple throughout the country. You can add the Neko Rig, big glide baits, Jika Rig, spybaits, and other baits and rigs that made their way from Japan and are now commonplace with U.S. anglers.

So what’s next? Signs are pointing to the “free rig” as the next big thing in bass fishing and some anglers are already finding success with it stateside. One such angler is Bassmaster Elite Series pro Taku Ito, a pro that has quickly gained a large fan following for his infectious personality and unique angling methods. Ito has also found plenty of success on the water with seven Top 10 finishes, including a win on the St. Lawrence River, New York, in less than three full seasons on the Elite Series.

During his short stint as a professional bass angler in America, Ito has opened some eyes with his Japanese techniques, including the free rig. 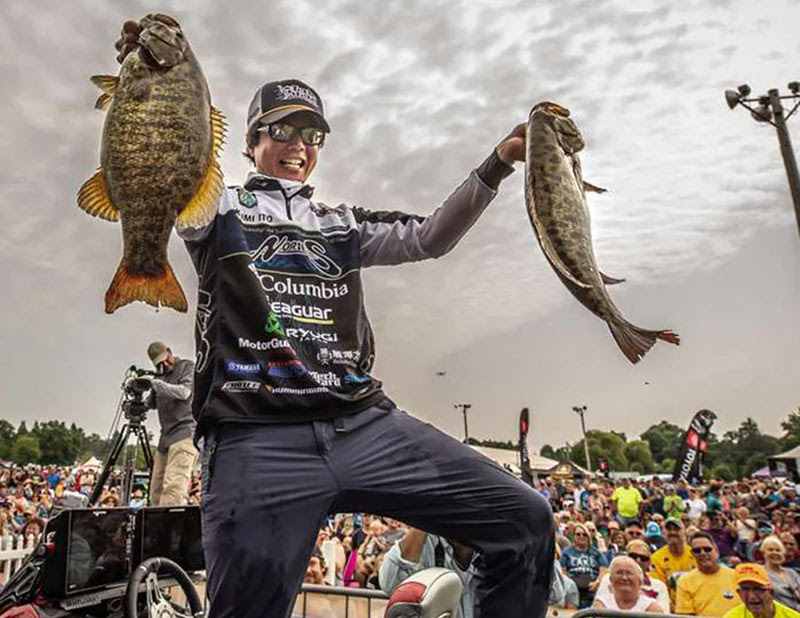 The Free Rig and How to Use It

The free rig is a hybrid rig that shares some aspects of the ultra-popular Texas and Carolina rigs. Using a weight with a hole at the top, anglers thread their line through the hole, tie their hook, and then rig their soft plastic bait. As the rig is cast out, the weight falls first and the soft plastic falls slowly behind it in a free-flowing and unpredictable way. Ito says this falling action is what makes it so deadly.

“The free rig is similar to the Texas-Rig, but not the same,” says Ito. “The Texas-Rig is much better for heavy cover, but the free rig is the best for suspended fish. It started to get popular in Japan around five years ago on Lake Biwa, which has a lot of grass like Lake Guntersville in Alabama. The bass suspended over the grass and were hard to catch until they started to use the free rig.”

Suspended bass are hard to target effectively and the free rig is a perfect solution for fooling these tricky fish. Ito says it’s best during the post-spawn period, all summer long, and into the fall.

Seaguar
“It can work all four seasons, but the toughest fishing times are the best,” he says. “It works around grass, brush piles, and when bass suspend under docks. Most of the time, it’s done between 5 and 25-feet of water. Any shallower and the bass don’t suspend as much and the bait falls too fast. 15-feet is the average depth I use it in and it’s better in warm water because when the water is cold, the bass mostly rest right on the bottom and don’t suspend.”

Fishing the rig is similar to any soft-plastic rig, but Ito says letting it fall on a slack line is vital.

“Having slack in your line is very important to get the right fall because as the weight falls first, you want the plastic to free fall behind it,” Ito affirms. “The fish will bite it as the bait falls and you will see your line swimming away, or with forward-facing sonar, you can see the fish eat the bait. I let the bait fall to the bottom, shake it a few times, and make another cast. You make a lot of casts with it because the fall is when you get the bites.” 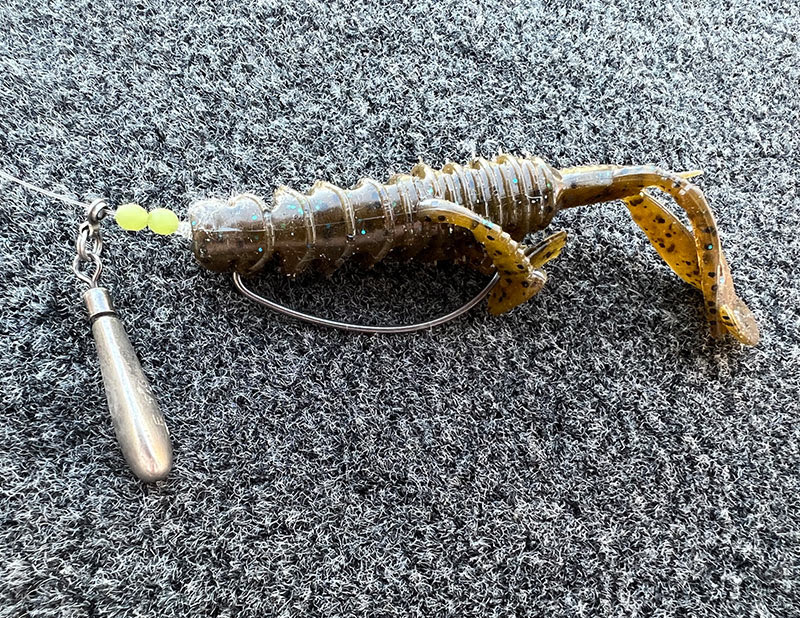 When fishing the free rig, Ito prefers a setup similar to what most anglers use for jigs and Texas-rigged plastics, a 7-foot to 7-foot, 3-inch heavy baitcast rod paired with a Shimano Metanium XG reel. For line, he goes on the heavy side with 17 to 25 lb. Seaguar Tatsu Fluorocarbon.

“Tatsu is so good and a very strong line,” he said. “Usually, I like 20 lb. but will go heavier on a lake with big fish and many trees, like on Lake Fork in Texas. If they are smaller fish and the lake has less cover, I will use 17 lb., but not any less.”

Last year, Seaguar introduced 22 lb. Tatsu, which has become another in-between option for Ito. He prefers heavy lines to gain a slower fall from the thicker diameter. “Lighter line makes the bait fall too quickly,” he shares. “You want it to stay in the water column and sink slower so you can suspend the bait for longer.” 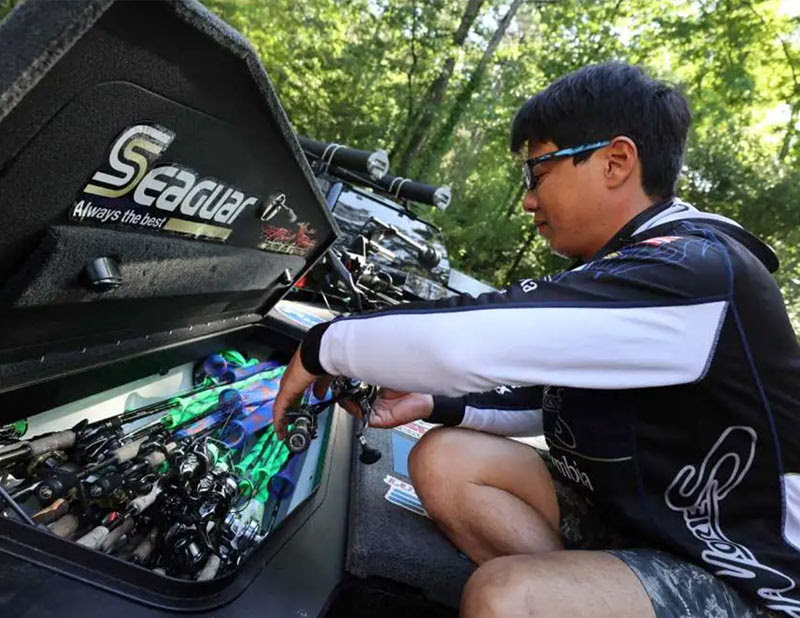 While many Japanese imports are finesse techniques with downsized baits, Ito prefers large soft plastic baits with curly trails or plenty of appendages. This helps add time for the bait to fall and attract fish.

“I like baits like the Zoom Ol’ Monster 10-inch worm with a big curly tail or a big creature bait with a lot of appendages to slow it down,” Ito shares. “You want the bait to grab water and fall slowly. Baits like a Senko or fluke fall too fast since they have straight tails. I also don’t like anything less than 4-inches long because they also fall too fast.”

A simple lead bass casting sinker will work for the technique as it has a large opening for the line to flow through and has the perfect teardrop shape for the best fall, but Ito uses free rig specific weights from Japan.

He prefers the Fuji Rig Suberu, that’s made of tungsten with a line guide that allows for smooth line movement. The weight is made by the same Fuji that makes rod guides for many rod brands and the name roughly translates from Japanese as “easy rig slipper” in English. “Normally, I like 1/4-ounce but will use 3/16- for shallower water and 3/8-ounce for deeper brush,” he adds.

Ito will also use a bobber stop, adding two of the Ryugi Rubber Stoppers just above his hook. “Without those, the weight can get stuck to the knot sometimes,” he adds.

The free rig just might be the next big thing in bass fishing. It’s already proved its worth in Japan for tricking difficult suspended bass and has slowly been making its way onto the radar of bass anglers in North America. The rig is simple and gives anglers yet another effective way to rig soft plastic baits for bass.