Shrimp Run on the St. Johns

It’s only mid-July, but it’s safe to say the dog days of summer are here. Much of the country has been experiencing a brutal heat wave, featuring dangerously high daily temps making it difficult to do anything outdoors past 10 A.M. About this time every year competitive bass anglers start bemoaning the ultra-warm water and tough fishing in the southern U.S., which is why we see many professional tournament trails head north during the late summer months. 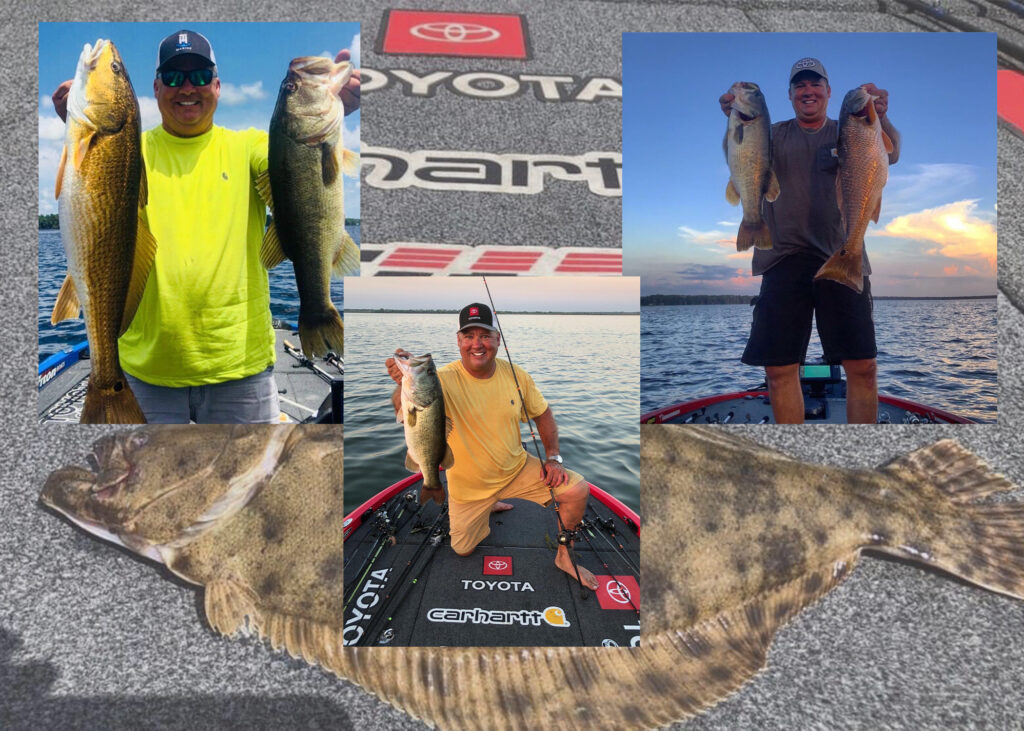 But you won’t hear any whining from Florida native “Big Show” Terry Scroggins. While Scroggins said he loves the northern swing as much as the next guy, right now through October is absolutely one of his favorite times of year to fish his home waters of the St. Johns River in northeast Florida. And it’s directly related to saltwater shrimp.

You read that correctly. Every year saltwater shrimp run into the freshwaters of the St. Johns River and several different species of saltwater game fish come with them.

“The shrimp run changes the game around here each year,” Scroggins said with a smile. “The presence of shrimp makes the bass fishing better and a lot of other fish follow them, too. Folks target shrimp with cast nets starting in late August or September once they get a little bigger, but several species of fish feed on them from now all the way into November unless we get big rains.”

Heavy rainfall can cut the shrimp run short and send the delicious crustaceans back to the ocean past Jacksonville, but on a good year the shrimp run can last through Thanksgiving.

While Big Show said he’ll adjust his lure size and profile based on the current proportions of shrimp that are present, he doesn’t really change his techniques or tactics. He largely treats his days on the water the same as he would a typical Bass Pro Tour tournament.

“I never target other species specifically besides bass,” Scroggins explained. “The deal is redfish, flounder, and other gamefish follow the shrimp into the river and use the same places the bass do. They all gang up on shellbars and offshore spots near the river channel. I just go bass fishing and look for schools of fish on my electronics, knowing I’m liable to catch anything on any cast. It’s about as much fun as you can have on the water.”

Scroggins recalled numerous occasions where he’s literally caught four or five pound largemouth and 30-inch redfish on back-to-back casts with a lipless crankbait or Carolina rig. When shrimp are in the mix, Big Show said you never know what you might catch.

The element of the unknown coupled with the overall health of the fishery improving due to the presence of the new forage makes it easy to understand why Scroggins looks forward to the dog days of summer on the St. Johns River. While the Team Toyota pro is eager to make the haul up to Cayuga Lake in New York for Stage Six, you can bet Big Show will be equally as excited to see what bites his cricket when he gets back to his unique home waters.