90 Kids Get a Fishing Lesson from Kevin VanDam

Imagine getting the very first fishing tips of your life from the world’s greatest bass angler of all time.

Well, that was pretty much the case in La Crosse, Wisconsin Thursday afternoon as Team Toyota’s Kevin VanDam and several other MLF pros took time to share their expert knowledge with 90 kids from the local Boys & Girls Club. 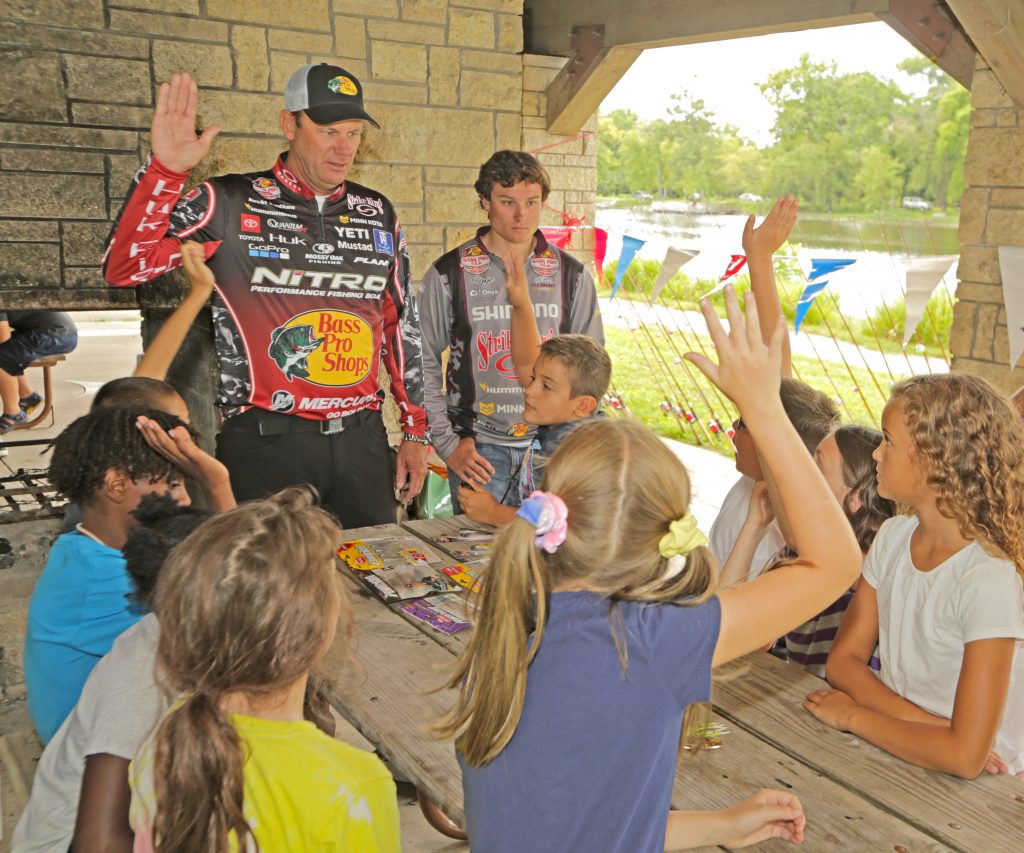 While a small handful of the youth had some fishing experience, the vast majority had none, so comical questions like “Is that a jellyfish?” surfaced early as VanDam held up a skirted jig.

“We’re going to talk about artificial lures that are made to look like the real thing, but unlike real live minnows and worms, you have to cast these and make them wiggle and jiggle,” VanDam explained.

VanDam’s illustrious career of wiggling and jiggling began at age three on an ice fishing trip with his dad, and to this day, he says the chilly trip set the course for the rest of his life and highly decorated career.

La Crosse offers a water rich landscape surrounded by fishing opportunities, so taking time to educate its young residents about the sport VanDam and his peers love passionately made great sense.

“We thought it was real important to bring you here today, because you live in a city where water is everywhere, and you have so many neat opportunities to catch a fish,” VanDam told his students.

VanDam knows first hand from raising twin sons that getting bites is the key to hooking young anglers on fishing. He stresses the importance of an earthworm under a bobber to generate bites from bluegill and plenty of action, versus trying to teach somebody how to catch a bass or walleye on their first outings.

Nine-year-old Emma had actually caught a bluegill on a recent trip but she said VanDam taught her, “You can’t just sit in one place, you need to move around, even if you’re fishing from shore until you find where the fish are biting.”

Fitting advice from VanDam who is well known for his ultra fast fishing style, but young Kenzie was most concerned with the smell of the plastic topwater frog on the picnic table.

“Why does this frog smell like white rice,” she asked.

Comical inquiries were as plentiful as 2-pound bass in the Upper Mississippi, but mostly VanDam and other pros like Keith Poche, Gary Klein, and Kelly Jordan shared their love of the game they play at the highest level with 90 potential anglers while hitting the Boys & Girls Club Mission spot-on … “Inspire and empower all young people to reach their full potential as productive responsible and caring citizens.”

VanDam and his fellow pros indeed did just that Thursday afternoon.