Unlike a typical bass boat tournament, one of the many cool facets of kayak competition is that anglers are allowed to use their trucks to carry their small vessels from one location to another, re-launching in new waters throughout a tournament day in an effort to find better fishing. 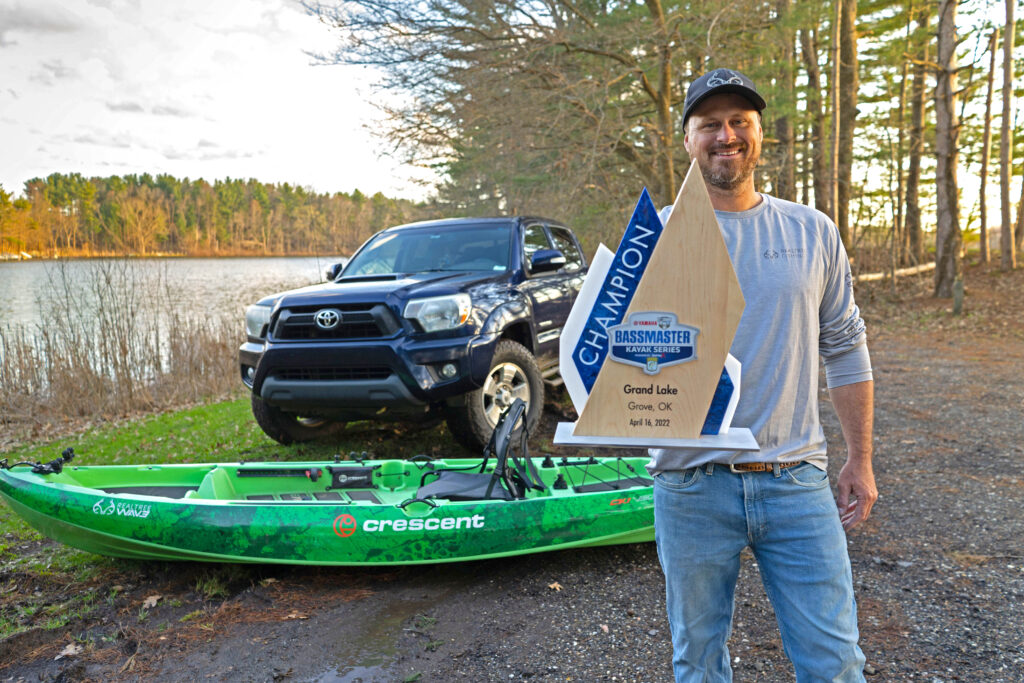 So, when accomplished kayak angler Drew Gregory claimed victory recently in the Yamaha Rightwaters Bassmaster Kayak series event on Grand Lake, OK, he credited his Toyota Tacoma for playing a huge role in finding the winning school of fish.

“My 4 X 4 Tacoma is a critical search tool in finding winning fish in the same way bass boat anglers idle around “graphing” for hours to find schools of fish,” explains Gregory, who has now purchased five Toyotas.

“My truck gets me down all the dirt roads, and to the extreme backs of tributary creeks. It’s my number one tool to find all the little out of the way places around a river or reservoir that I want to investigate after studying Google Earth,” explains Gregory, who has a heavy hand in designing kayaks for Georgia-based Crescent Kayaks.

Gregory’s current Tacoma has 165,000 miles on it, and he jokes that half those were spent in four-wheel-drive searching for fishing spots. It also serves as a fuel-efficient tow-vehicle while shuttling as many as four kayaks on one trailer to tournaments from his home in Northeast Ohio.

“Reliability is the number one reason I buy Toyotas. I know no matter what mud holes I travel through, that I can get back out. And a Tacoma’s overall size is perfect too. Whether I’m scouting locations on pre-fishing days, or moving locations during competition, my Tacoma is key in giving me a chance to win,” concludes Gregory.