SYRACUSE, N.Y. — In the history books, the Basspro.com Bassmaster Eastern Open on Oneida Lake will go down as only one tournament.

But New York native Jamie Hartman says it will actually be three. 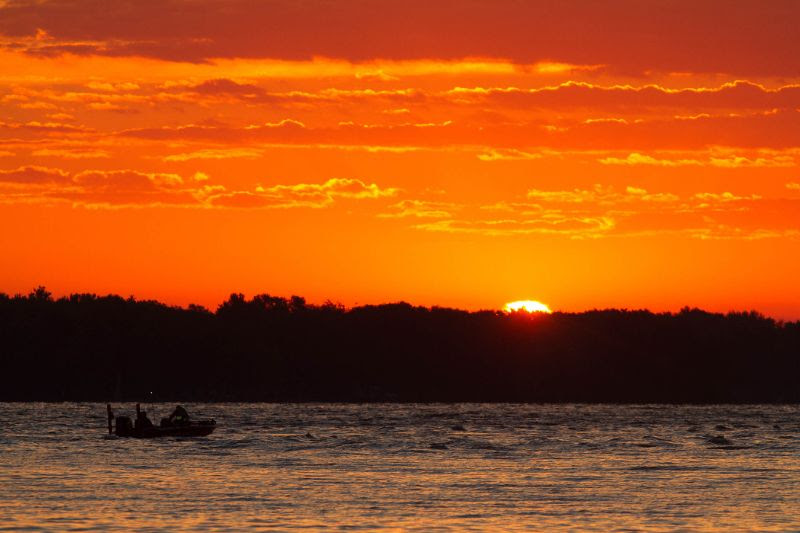 With temperatures falling in the region and bass transitioning from their summer haunts to shallower feeding areas, Hartman said the lake is changing rapidly — and the angler who wins will be the one who finds a way to stay in front of the moving fish all three days.

“It’s not going to be a slugfest, I don’t believe — just because of the timing of the year,” said Hartman, a New York native who has won two of the last three Bassmaster Elite Series events. “The temperatures just started dropping pretty hard at night last week, and the water has cooled down quite a bit.

“Transition here means you may have to figure out something new every day.”

Competition will be held Sept. 5-7 with takeoffs each day at 6:30 a.m. ET from Oneida Shores Park in Brewerton. Weigh-ins will also be held at the park the first two days at 2:30 p.m., with Saturday’s final weigh-in shifting to the Bass Pro Shops in Auburn at 3:30 p.m.

B.A.S.S. has visited the 51,070-acre fishery for a dozen major events in the past — and with only a few exceptions, the winner has averaged about 15 to 17 pounds a day.

Hartman, whose most recent Elite Series win came just up the road at Cayuga Lake, said that will probably be the magic number once again. But he says anglers will have to work extremely hard and be willing to make changes on the fly to hit it.

“I think you’ll see a few big bags weighed in early in the tournament, but then it’ll start dropping right off,” Hartman said. “Without a doubt, you’ll have to stay on the move to have any hopes of winning. Because the fish will be on the move each day.”

When the Opens circuit last visited Oneida in 2017, Stanley Sypeck Jr., won with a three-day total of 55-8. A year earlier, Wil Hardy II won with 53-13. Both of those tournaments were during June.

“The transition here is tough,” said Hartman, who finished in the Top 5 of both the 2015 and 2016 events. “If we were hitting it just a little bit later after the fish had made their move, I think it would be a much different tournament.

Making things even more complicated on Oneida is the presence of both major species of bass, largemouth and smallmouth.

In 2017, Sypeck concentrated on largemouth to win, while most of the field targeted smallmouth. In 2016, Hardy relied primarily on the smallies for his victory.

“With all of the variables in play, it’ll definitely be an interesting tournament,” Hartman said. “It just might be a little frustrating at times trying to figure everything out.”

The winner of the final Eastern Open of the season will earn a berth into the 2020 Bassmaster Classic, assuming he or she has fished all four Opens on the Eastern circuit.

The hosts for the event are Visit Syracuse and Onondaga County Parks.

About B.A.S.S.
B.A.S.S. is the worldwide authority on bass fishing and keeper of the culture of the sport, providing cutting edge content on bass fishing whenever, wherever and however bass fishing fans want to use it. Headquartered in Birmingham, Ala., the 510,000-member organization’s fully integrated media platforms include the industry’s leading magazines (Bassmaster and B.A.S.S. Times), website (Bassmaster.com), television show (The Bassmasters on ESPN2), radio show (Bassmaster Radio), social media programs and events. For more than 50 years, B.A.S.S. has been dedicated to access, conservation and youth fishing.