Daiwa Pro Patrick Walters, of Summerville, South Carolina, won the Bassmaster Elite at Texas’ Lake Fork with a four-day total of 104 pounds, 12 ounces, topping second place by nearly 30 pounds. With this win, Walters triple qualifies for the Bassmaster Classic, adding to his recent win at the Bassmaster Eastern Open on Lake Hartwell. The win at Lake Fork earned him a check for $125,000. 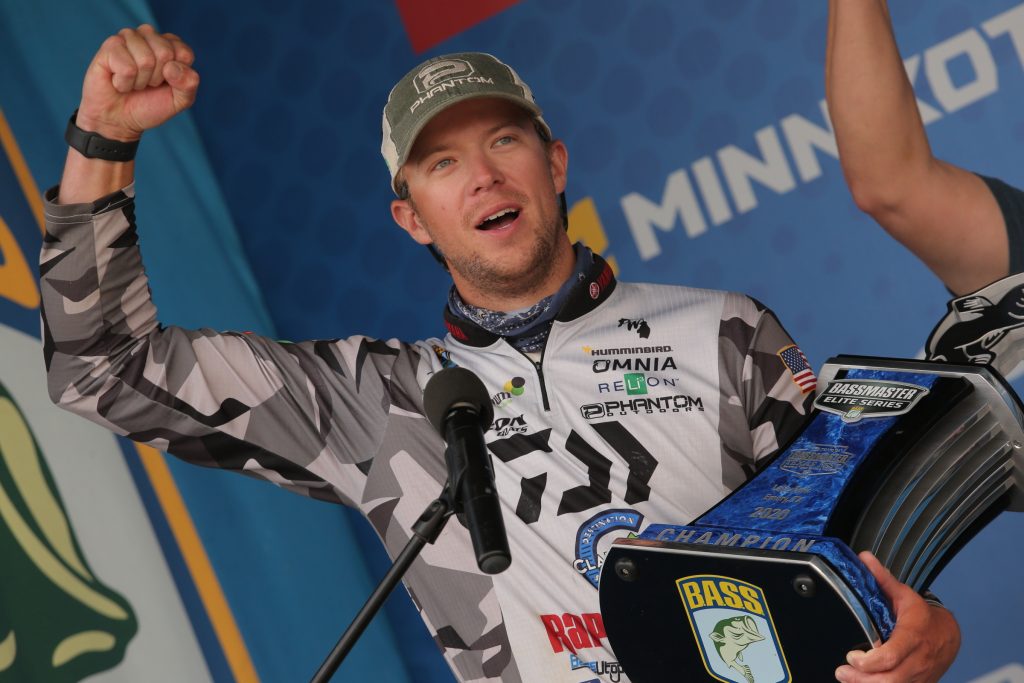 Walters win comes as the most recent accomplishment for the Daiwa pro staff team as a whole, all of which have had a fantastic year in Bassmaster events. Not only did Walters win the event on Lake Fork, Daiwa pro Seth Feider caught the event’s biggest bass (9 pounds, 9 ounces) to drive home a new Toyota Tundra truck. Additionally, from their performance at earlier events, the entire BASS Elite Daiwa team has earned a spot in the upcoming Bassmaster Classic on Texas’ Lake Ray Roberts—Patrick Walters, Seth Feider, Brandon Palaniuk, and brothers Cory and Chris Johnston of Peterborough, Ontario.

“Daiwa’s BASS Elite team has had a stellar year. They have all dominated the field and we’ve had wins and second place finishes at most events. It’s been absolutely remarkable. Honestly, it’s proof that Daiwa is manufacturing the highest quality rods and reels on the water, gear that has proven itself time and time again in the most stressful fishing situations. The team has had involvement in designing signature series rod actions and also input on the reels. This has proved to be a winning formula for them. Having the right tools to do the job is key,” says Daiwa Marketing Manager Curt Arakawa.

Looking back to the Bassmaster Elite Series on the St. Lawrence River in July, champion Chris Johnston was using a Daiwa Ballistic 2500 reel and a Cody Meyer Tatula Elite signature drop-shot rod. Johnston says,“The set-up performed flawlessly. Smooth drag was a big key to fighting those big smallmouth on six pound test. And the entire set-up was critical to letting me downsize to get more bites at the event. Having the soft rod to absorb their runs and headshakes helped as well.” 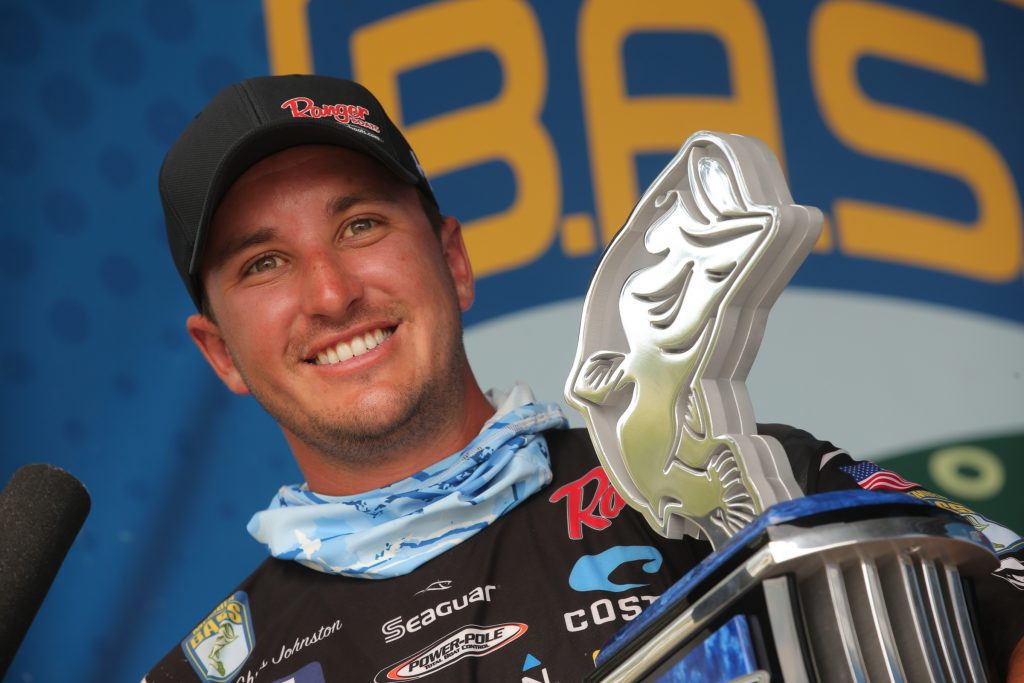 Johnston says that working with Daiwa has been great.“They’re all super people and it’s been great working with the entire Daiwa pro staff. We can bounce ideas off one another and tweak rod and reel set-ups. We all have our own signature rods but we can ask another guy for help and what he thinks of a certain set-up. So, it’s really cool to have this super strong team to bounce ideas off. Everyone kind of works together.”

In late July and early August of this year Daiwa pro Brandon Palaniuk won the Bassmaster Elite on Lake Champlain on a 6’10” medium/medium-light action rod outfitted with a Daiwa Exist 3000. Palaniuk explains,“The big thing is, the EXIST has a one-piece frame which allows it to shed a lot of weight but still have the bigger gears and spool size so you’re able to pick up a lot of line but have a lighter, smoother reel that helps balance everything out in finesse fishing situations. In return, it adds more sensitivity and one of the biggest things with that reel is the drag system. It starts so smooth and keeps that throughout the entire drag. You’re able to pinpoint that drag so when you’re throwing six and eight pound test you know it’s going to start smooth every time a smallmouth starts to run. They like to swim thirty feet, jump three feet in the air and then swim back down to thirty feet.”

In October, Palaniuk also took first place at the BASS Elite on Santee Cooper.“My main setup was a 7’9” extra heavy action rod with a Daiwa Zillion HD with a 7.1:1 gear ratio. It was just the power setup I needed. I was catching a lot of my fish punching heavy hyacinth and salvinia mats. And a lot of the fish were upwards of six or seven pounds so you needed a setup that I could lock the drag down on, wasn’t going to slip, and you needed to be able to get those fish out and control them quickly. That’s where the Zillion HD came into play because it has the power. It has larger handles and bigger, oversized knobs that give you the torque. The other thing is it fits in my hand well. It’s not a giant reel. The frame is super rigid, too, so you don’t have flex when you’re throwing big weights and heavy line,” remarks Palaniuk. 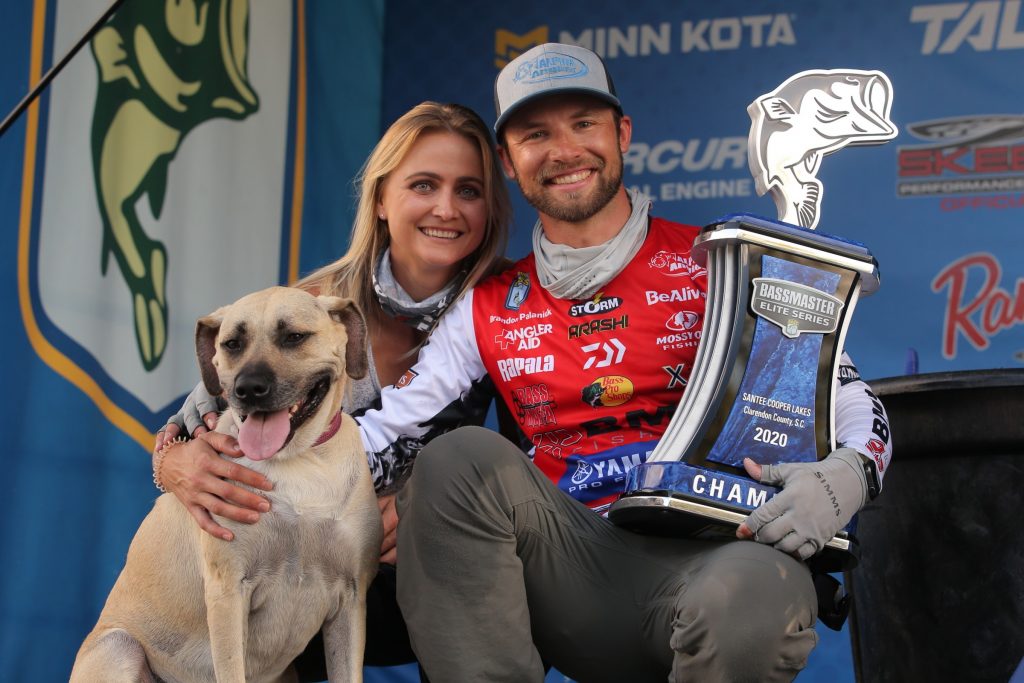 Palaniuk says Daiwa is one of the best companies he could ever imagine working with.“The reason they continue to be one step ahead of the game is the fact they do a really good job of listening to their pro staff and using their pro staff to test theories and products because we’re on the water as much if not more than anyone. And they’ve done a really good job of asking for our input and ideas on reels. From meeting the executives in Japan to the U.S. team, everyone is focused on building the best products and the best prices possible. That message is echoed across the board, top to bottom, and I think it shows in their products.”

Daiwa pro team member Cory Johnston, brother of fellow Daiwa team member Chris Johnston, is also headed to the Bassmaster Classic. Cory came in second at the Elite event on Lake St. Clair in late August fishing two Daiwa drop-shot rods, the Tatula Elite 7’0” Cody Meyer drop-shot rod and a 6’10 light-action BLX drop-shot rod, both outfitted with the Daiwa EXIST 3000. Johnston comments, “The parabolic bend to both rods was key. With the 8-pound test I fished the Tatula Elite and for my downsized six-pound set-up I fished the BLX. As far as the reel, you cannot get a better casting reel combined with the drag system that the EXIST 3000 has. The drag is absolutely key when fishing big smallmouth like St. Clair has. The product is phenomenal and the people at Daiwa are easy to work with so I’m looking toward a long future with the company.”

For Seth Feider, his equipment was critical to success on Lake Fork recently. His Toyota Tundra big bass was caught on the Tatula 7’4” heavy glass bladed jig rod matched with a Tatula 100 SV TW 103 7:1 reel. “My Daiwa gear is like an insurance policy and it proved itself with the 9 pound, 9 ounce bass I boated on Lake Fork. I know it’s going to perform no matter the situation,” says Feider. 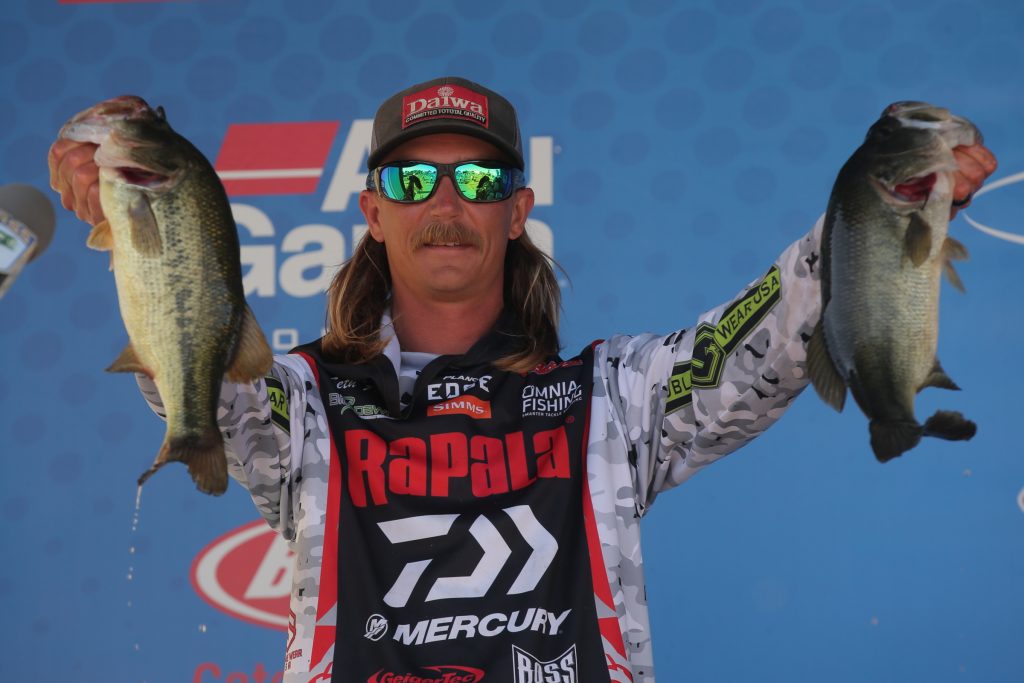 Feider also recalls his second place finish earlier in the year on Lake Champlain and the importance of the gear.“I was using a Brent Ehrler edition 7-foot medium-heavy baitcaster with a Steez CT 8:1 reel which proved the absolute perfect set-up for fishing the ½ ounce Outkast Tackle Stealth Fighter Jig. The equipment performed flawlessly.”

Feider adds,”One of the things I like best about working with Daiwa is their engineers really listen to us and tweak stuff just the way we want it. Plus, just being part of the Daiwa BASS Elite Team has been awesome—we all made the Classic.”

“Truly, it’s hard to describe the whole week, just how amazing it was. I didn’t lose any fish hardly all week. I probably lost four to five fish the entire time after catching 25 or 30 fish each day. When I did it’s because they’d get wrapped around a stump. I didn’t lose any fish once I hooked them. Just fishing flawless like that is what makes weeks like that so incredible. The rods, the reels, the drag—everything performed exactly like it should. What’s weird is I actually called Daiwa on day one of practice because I needed to get the correct rod for throwing bigger jerkbaits in timber. I was like, ‘Can you send me these three rods?’and they made it happen. Daiwa asked how I was feeling about the event and my response was I felt like we could actually do something at this event. They overnighted the rods and I got them Wednesday. That made a huge difference,”says Walters.

He continues: “On Day One I was thinking I was going to go from 15 to 17 pounds and that was my goal. The tournament started and by 11:00 I had 18 pounds so I was doing way better than I thought I would. So I pulled up in my secondary area and just tried for a big fish. I proceeded to catch 25 pounds and cull everything out. I really didn’t see that coming. I had no ideas the areas were that good. Everything was a three, four or five pound fish. I ended up catching thirty-plus fish. I didn’t think my pattern was going to be that good—it really exceeded all my expectations.”

“On Day Two I didn’t want to jinx myself. I thought maybe Day One was just a fluke. I didn’t know if I just got lucky and the big fish bit that day. In my mind I was like let’s just go fishing and see what happens. I was expecting that 15 to 17 pounds again because in practice I never caught a fish over three-and-a-half pounds. So I was like let’s just go fishing and try to catch as many fish as we can, and I pulled out there and my first fish was a four-pounder. After 45 minutes or so then I caught a six-pounder. I went into a shallow pocket toward the end of the day and caught a five and four pounder that I culled to get me to 26 pounds. I thought to myself this pocket is that good, I’m going to save it for later.”

On Day Three Walters’first fish was a nine-and-half pounder.“It was at that moment that I thought I might be able to win and then culled fish all day long,”recalls Walters.

“On Day 4 I just put my head down and kept fishing. I seriously believe you can never be too much in the lead on Lake Fork. So I fished as hard as I could. At 1:30 I had eleven pounds and I needed 18 pounds to get to Century Club, which is what my goal was. It wasn’t happening for me on the deeper trees and main lake so I headed back to that pocket. I pulled in, Davy Hite did a quick interview in the boat, and then during the last forty-five minutes I caught a four, a three, a six, and a couple other quality fish. So that one pocket produced my 22 pounds which put me over the top.”

Walters says a big part of his most recent wins has been working with Daiwa, which he describes as a“dream come true.”

“When Curt called me I had just made the Elites. I had a rod sponsor but didn’t have a reel deal. I was pretty nervous about going to work with Daiwa because I had a really good relationship with a rod sponsor and I didn’t want to abandon ship on anything. I don’t like change. I like to stay true to the companies I work with because it’s a relationship not a sponsorship. But once I made the change it’s been absolutely amazing working with Daiwa. The guys are great and he product is“the”highest quality. I truly believe I’m fishing with the greatest product on the market. I know my reel has the smoothest drag, I can cast an absolute mile, I’m skipping baits smoother, and if it’s windy or anything everything just performs. I can’t blame my equipment anymore. It’s that good. I don’t worry about the equipment, I just worry about catching fish.”

For Daiwa’s latest color catalog and/or information on Daiwa dealers in your area, call Daiwa’s Customer Service Department at 562-375-6800 or e-mail inquiries to: CSR@daiwa.com. The URL for Daiwa’s web site is http://www.daiwa.com/us/