Arey Asked to be Involved with High School Fishing Team

Imagine Philip Rivers or Trevor Lawrence calling to ask how they can help with your kid’s high school football team.

Well, that’s pretty much what happened when top pro angler Matt Arey reached out to Barry Self and Keith Latham to ask how he could help with the brand-new high school fishing team they were organizing for students near Arey’s home in Cleveland County, NC. 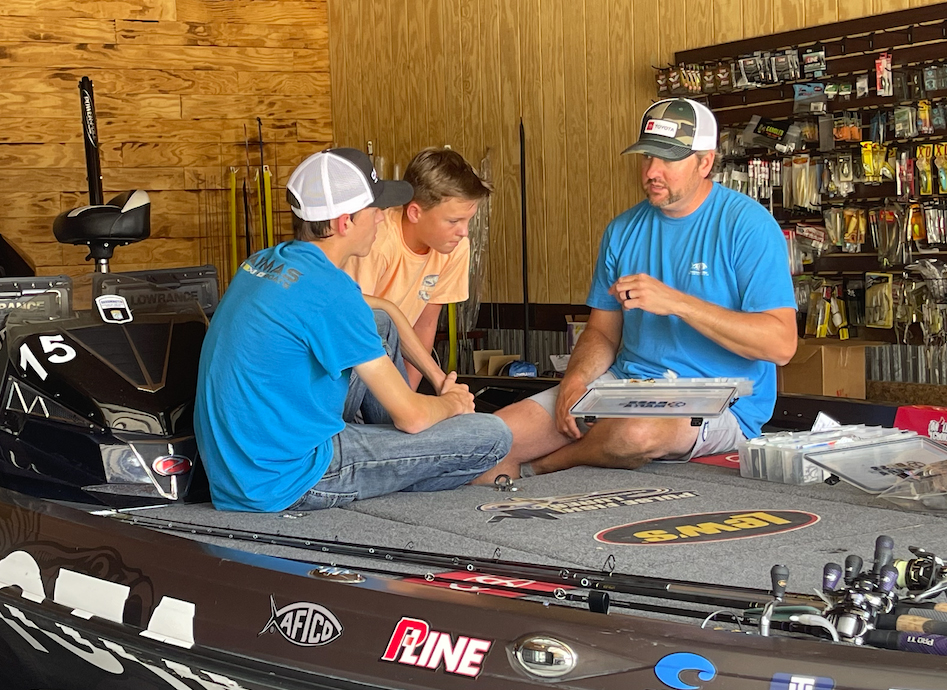 Arey’s daughters are still too young to be on the team, but his heart simply felt a desire to give back to the sport he loves.

“I saw something about a brand new high school fishing team being formed in Cleveland County on Facebook, and knew I wanted to help. So, I sent them a message, and now I’m getting the satisfaction of providing some mentorship and helping them gain sponsor support to offset travel costs,” says Arey.

Barry Self, whose son Coleman is on the team, says Arey’s genuine desire to help will forever be unbelievably admirable.

“I’d never even met Matt. I knew of him because he’s a well-known pro. So, when he called and said he wanted to help, it kind of blew our minds. We didn’t call him. Matt called us,” says Self.

Students and parents who are fans of the sport accurately perceive that if Matt Arey is involved, there’s likely a lot of goodness in the fibers of the new team’s fabric. Just months old at this point, there are already 16 teams with boats actively participating, so 32 students, and more young anglers are asking to be involved with each passing month. 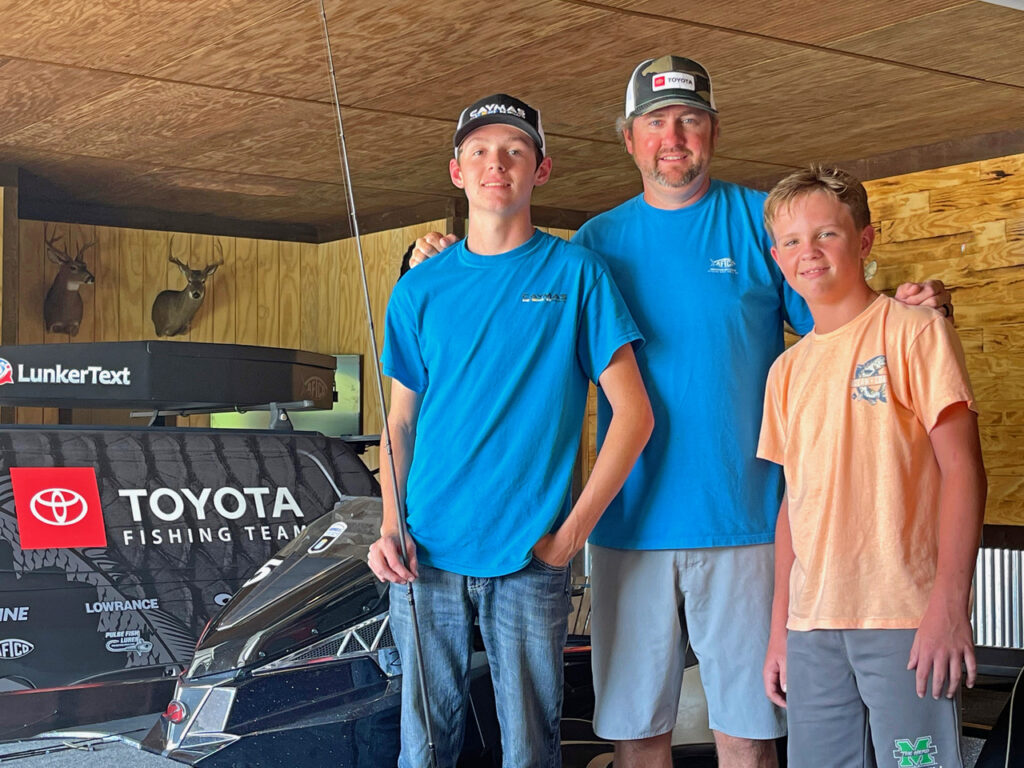 Self’s son Coleman, age 16, wearing the blue shirt in the accompanying photos, says he loves High Rock Lake, and Arey has already helped him understand Lowrance’s Active Target sonar technology. His 12-year-old teammate Luke Rochester learned about the importance of rigging a stinger hook to a flutter spoon during a recent visit to Arey’s “man cave.”

“I love how fast this club is growing, and there’s no doubt in my mind some of these kids are going to be absolute hammers by the time they get into the Bassmaster College Series,” says Arey.

In the short term, Self and Latham take pride in the openness of the club for kids from all over Cleveland County to be part of one unified team on the water. Whether they attend public school, a charter school, or are home-schooled, all are welcome.

“Kids that would otherwise be rivals in traditional stick and ball sports like baseball, football or soccer are often sharing the same boat, working as a team. So instead of rivaling each other, they’re sharing fellowship and building friendships that may last a lifetime,” concludes Self.