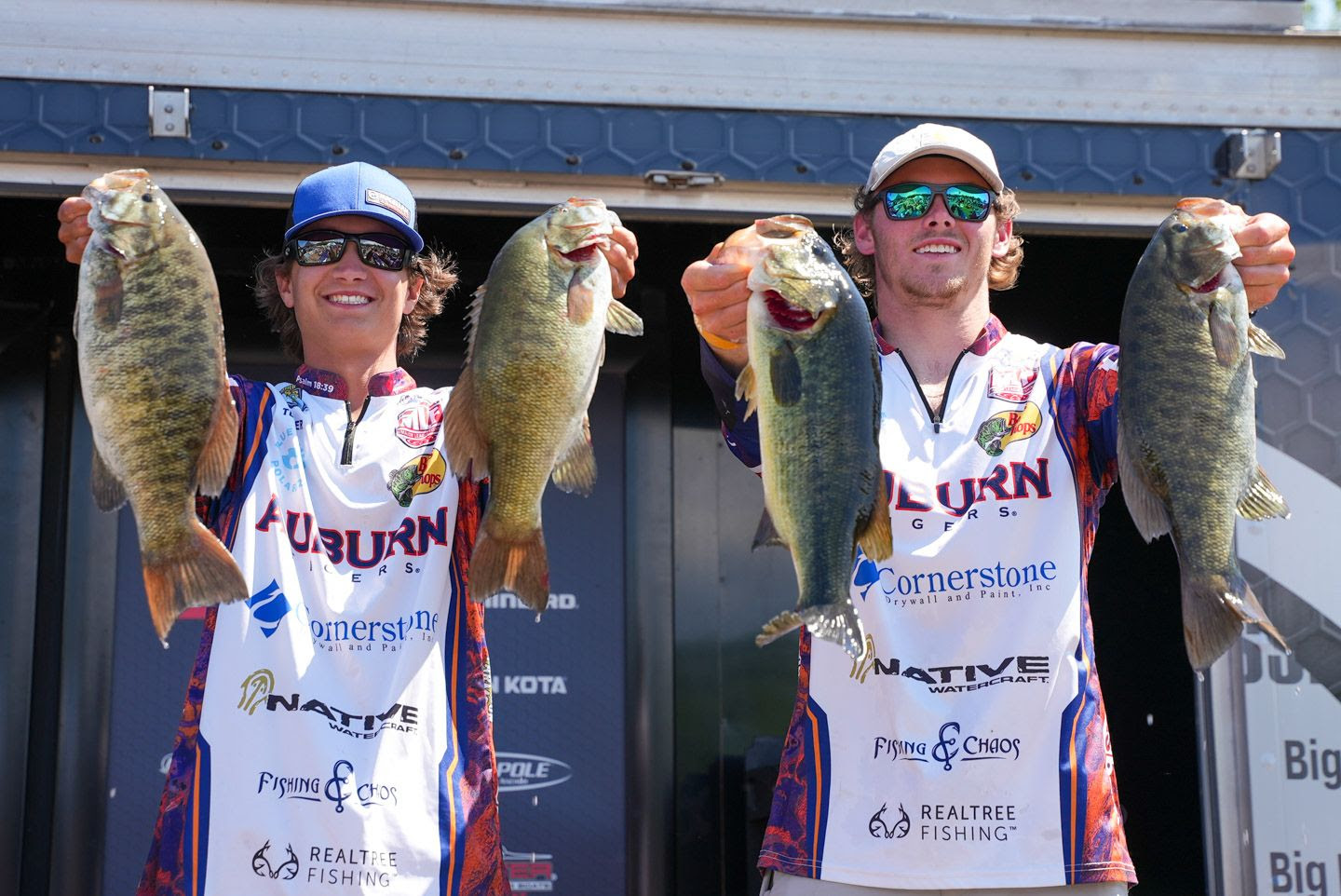 BIRMINGHAM, Ala. — After finishing no worse than 16th during four regular-season tour stops on the 2021 slate for the Carhartt Bassmaster College Series presented by Bass Pro Shops, the Auburn University team of Logan Parks and Tucker Smith were officially named the 2021 Bassmaster Team of the Year.

Smith and Parks accumulated 973 points and set the record for the largest margin of victory in the standings, beating the second-place team of Dalton Mize and Lucas Smith of Jacksonville State University by 91 points.

“It feels very gratifying,” Parks said. “This is probably the most difficult trophy to win in college and it feels good to be able to go out there and do it how we did it.”

This year, for the first time, the Team of the Year also earned an automatic spot in the College Classic Bracket — an event scheduled for later this year that will send one college angler to the 2022 Academy Sports + Outdoors Bassmaster Classic presented by Huk. In the past, their only path to the Classic Bracket would have been to finish in the Top 4 of the Carhartt Bassmaster College Series National Championship presented by Bass Pro Shops. 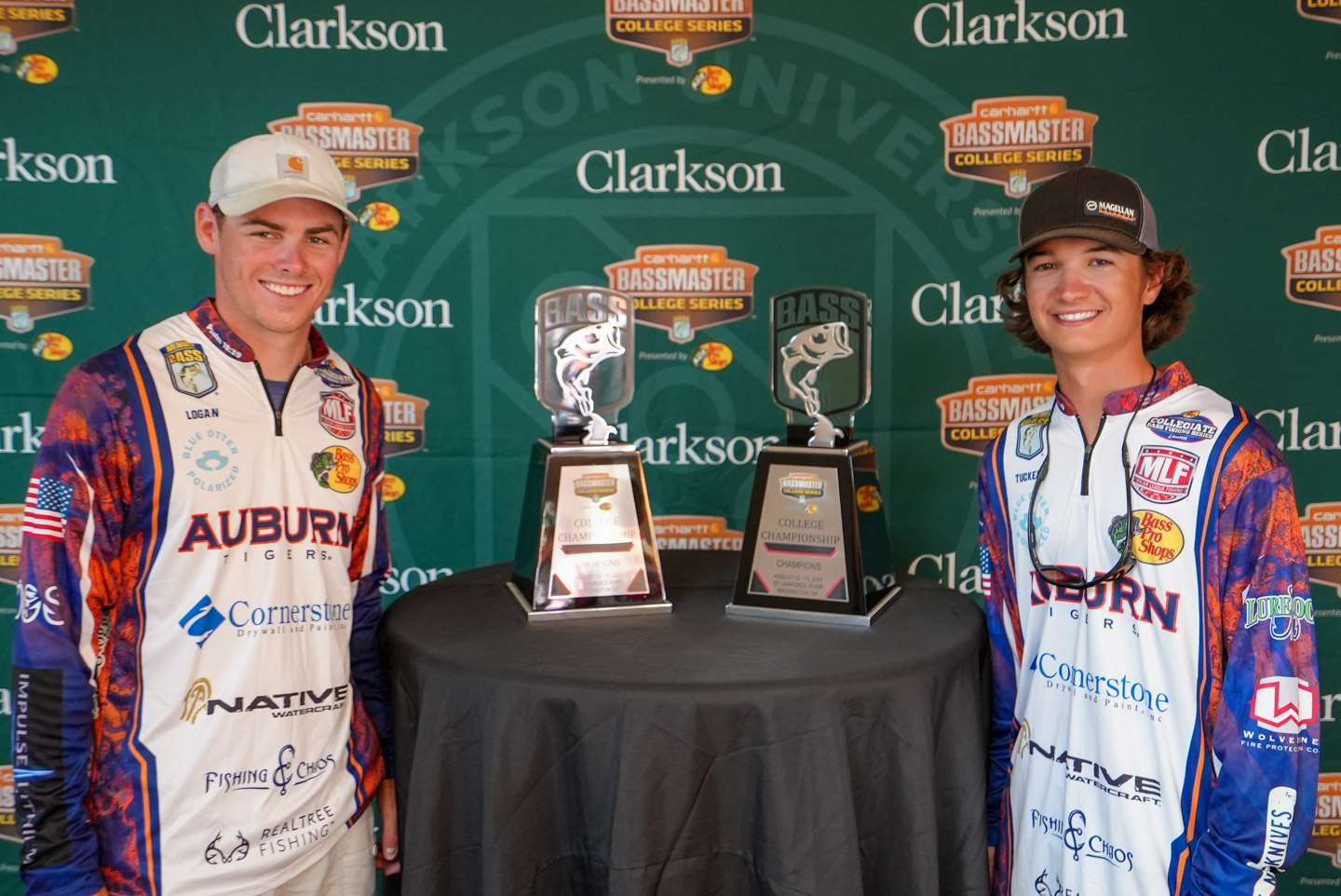 “This year they made it so that the Team of the Year fishes the bracket,” Smith said. “It is still the National Championship and it is a huge tournament to fish and you obviously want to win, but I’m really relaxed with where we are now. We can just go have fun and if it happens, it happens.”

Parks, a senior, said he and the freshman Smith immediately clicked when they became teammates, leading to good decisions and ideas throughout the year.

“When Tucker toured Auburn, I told him I couldn’t offer him a scholarship but if he did come to Auburn, I would like to fish with him,” he said. “I’m glad that’s what we ended up doing and he’s one of the best I’ve been in the boat with. I think he is definitely going somewhere.

“We have good ideas that click together. We don’t butt heads and everything we want to do, we both agree with and make a decision together. That is what has helped us a lot this year.”

The duo opened the season with a Top 10 finish at Lake Hartwell, but their good start was almost derailed when the university suspended the entire Auburn bass fishing team for a year due to violations of the school’s COVID-19 protocols. After working with Auburn to reduce that suspension to only a couple of weeks, Parks and Smith finished sixth at Lake Cumberland.

“At Cumberland, we were in 37th after Day 1 and on Day 2 we caught 14 pounds, which still wasn’t a huge bag but we ended up in sixth,” Parks said. “After that, I thought we had a good shot at this.”

After two good finishes to start the season, Smith said he knew the third stop at Alabama’s Lewis Smith Lake would determine whether he and Parks would be hoisting the Team of the Year trophy.

“It didn’t really become a thought in my head until Smith Lake,” Smith said. “I knew we had a lead, but I felt like if we slipped at Smith we could have lost it. After Smith (a 16th-place finish) we led by 50 points.”

With a comfortable lead heading into the final regular-season tournament, Parks and Smith essentially sealed the deal by catching 40 pounds, 9 ounces to win on Saginaw Bay.

“The best moment was winning Saginaw Bay and completely slamming the door,” Smith said. “It was pretty crazy to win that tournament.”

Along with a $2,500 check, the Auburn pair also won a Minn Kota Ultrex trolling motor and a Humminbird Mega 360 unit from Johnson Outdoors and new gear from Carhartt.

Now, Parks and Smith are ready to tackle the St. Lawrence River in a bid to win the 2021 National Championship. The Top 3 teams will join Smith and Parks at the College Classic Bracket.

Complete coverage of the event is available on Bassmaster.com.