Second Event of Season to Showcase 80 Bass Pro Tour Anglers Competing on Lake Travis Over Six Days for a Purse of More than $805,000, Fans Encouraged to Attend for First Time Since March 2020AUSTIN, Texas

(April 21, 2021) – Major League Fishing (MLF), the world’s largest tournament-fishing organization, is set to visit Austin next week, April 30-May 5, for the second regular-season tournament of the 2021 Bass Pro Tour season – the Berkley Stage Two at Lake Travis Presented by Mercury. The six-day event, hosted by the Austin Sports Commission , will feature 80 of the best professional anglers in the world – including superstars like Kevin VanDam, Ott DeFoe, Jordan Lee and Jacob Wheeler – competing for a top payout of $100,000 and valuable points in hopes of qualifying for REDCREST 2022, the Bass Pro Tour championship. 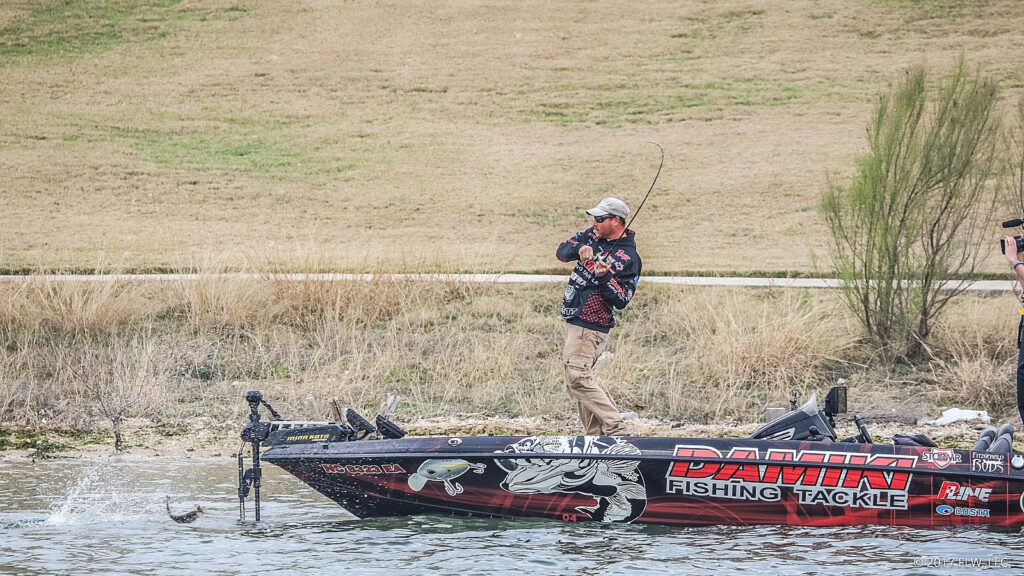 As part of the event, fans will also be treated to the Hill Country Hangout at Bass Pro Shops in Round Rock, Texas, on Friday from 4 to 7 p.m., and on Saturday and Sunday from 11 a.m. to 4 p.m. The free event includes the opportunity to interact with Bass Pro Tour anglers, enjoy activities and special fan-only giveaways provided by MLF sponsors, and learn more about the sport of fishing and other outdoor activities in fishing seminars. All activities are free and open to the public. For more information on the Hill Country Hangout hosted by Bass Pro Shops, visit MajorLeagueFishing.com.

“We are thrilled to welcome the Major League Fishing Bass Pro Tour and the 80 top anglers in the world to Austin,” said Drew Hays, Director of the Austin Sports Commission. “This event will showcase Austin and Lake Travis as a world class destination for sports and outdoor activities and certainly signals the return of major events to our city.”

For the first time since March of 2020, fans are encouraged to attend all of the happenings surrounding the event.  Anglers will take off from the Mansfield Dam Park, located at 4370 Mansfield Dam Park Road in Austin, at 6:30 a.m. CT each morning. Each day’s General Tire Takeout will also be held at the park, beginning at 3:30 p.m. Fans are also encouraged to follow the event online throughout the day on the MLF NOW!® live stream and SCORETRACKER® coverage at MajorLeagueFishing.com.

The tournament will be fished using MLF’s catch, weigh, immediate-release format, in which the anglers try to catch as much weight as they can each day, while also feeling the pressure and intensity of the SCORETRACKER® leaderboard. The tournament is being filmed for broadcast later this year on the Discovery Channel. The total purse up for grabs at the Berkley Stage Two at Lake Travis Presented by Mercury is more than $805,000.

Although Lake Travis has played host to MLF BIG5 (previously FLW) tournaments over the years, 2021 will mark the first time that the MLF Bass Pro Tour has visited the central Texas reservoir. One angler that has had success there in the past and is excited to get back is pro Bryan Thrift of Shelby, North Carolina, who finished runner-up on Lake Travis when the Tackle Warehouse Pro Circuit (previously FLW Tour) visited in 2017.

“I’ve only been to Lake Travis twice, and both times were in February, so I expect the fishing to be a little different this time around,” said Thrift, who has career earnings of more than $3.1 million. “I’d imagine that the fish have got to be postspawn by this point, so that’s how I’m going to approach this tournament. It’s a fun fishery, and I’m excited to return and try to get some redemption.”

Thrift said that with water levels down, he is expecting the water clarity to be clear.

“The whole deal with Lake Travis is that it’s got a lot of fish in it, but it’s hard to catch multiple big fish,” Thrift continued. “It has a ton of fish under 2 pounds, and some fish that are 5 (pounds) or more. The key will be figuring out what those bigger than average fish are doing and putting yourself into the best situation to catch the 2+ pounders. I hope it’s a strong topwater bite.”

The Berkley Stage Two at Lake Travis Presented by Mercury will feature anglers competing with a 1-pound, 8-ounce minimum weight requirement. Minimum weights are determined individually for each competition waters that the Bass Pro Tour visits, based on the productivity, bass population and anticipated average size of fish in each fishery.

The four pros from the Tackle Warehouse Pro Circuit that will join the Bass Pro Tour to compete at the Berkley Stage Two at Lake Travis Presented by Mercury are Jim Neece Jr., Dicky Newberry, Bill McDonald and Miles Burghoff. Those anglers qualified via their finishes in the first Pro Circuit event of the year – the 13 Fishing Stop 1 at Lake Okeechobee.

The 40 Anglers in Group A compete in their two-day qualifying round on Lake Travis on Friday and Sunday – the 40 anglers in Group B on Saturday and Monday. After each two-day qualifying round is complete, the anglers that finish in 2nd through 20th place from both groups advance to Tuesday’s Knockout Round, while the winner of each group advances directly to Wednesday’s Championship Round. In the Knockout Round, weights are zeroed and the remaining 38 anglers compete to finish in the top 8 to advance to the Championship Round. In the final day Championship Round, weights are zeroed and the highest one-day total wins the top prize of $100,000.