BIRMINGHAM, Ala. — After the shortest offseason break in the trail’s 16-year history, B.A.S.S. officials announced Thursday that the Bassmaster Elite Series will open its 2021 tournament slate Feb. 11-14 on the St. Johns River in Florida. 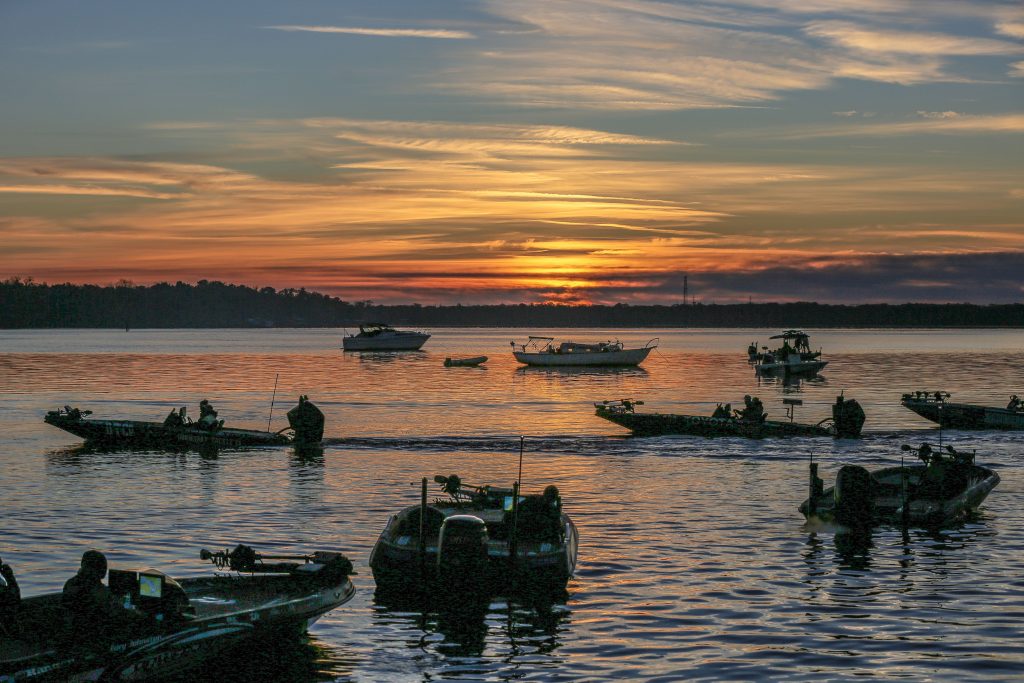 The season-opener will begin just over three months after the final event of a 2020 schedule that was reworked due to the COVID-19 pandemic, causing a much later finish than usual.

“We’re as excited about this schedule as any that we’ve ever put together for the Elite Series,” said B.A.S.S. CEO Bruce Akin. “It features a good mix of venues that have become fixtures for B.A.S.S. and a few we’ve been to before but haven’t visited in a while.”

The St. Johns River falls into the category of a fixture, with B.A.S.S. having visited the picturesque fishery 22 times for major events since 1973, including three times during the past five seasons.

Connecticut pro Paul Mueller won a weather-shortened event in 2020 with a three-day total of 47-6, and events in 2016 and 2019 were won by Missouri legend Rick Clunn. Each of Clunn’s victories allowed him to break his own record for the oldest angler to claim an Elite Series trophy.

Whether the St. Johns weights are eye-popping usually depends on the finicky Florida weather and which stage of the spawn the bass are in. Regardless, big largemouth will be the target.

From Florida, the season will shift north Feb. 25-28 to Knoxville, Tenn., which has played host to two fantastic major B.A.S.S. events the past four seasons, including the record-breaking 2019 Bassmaster Classic. Like that Classic, the 2021 event will take place on the Tennessee River where largemouth and smallmouth will both likely come into play.

“Knoxville was thrilled to host the Bassmaster Elite Series in 2017,” said Chad Culver, senior director of the Visit Knoxville Sports Commission. “It was the first time B.A.S.S. had been here since 1981. That event led to Knoxville hosting the 2019 Bassmaster Classic – the largest in event history.

“Needless to say, we could not be more excited to welcome B.A.S.S. back to the waters of Knoxville and East Tennessee.”

Elite Series action will pause for the 2021 Academy Sports + Outdoors Bassmaster Classic presented by Huk, which is set for March 19-21 on Lake Ray Roberts near Fort Worth, Texas. Then the schedule will resume April 8-11 on another Texas fishery, the Sabine River in Orange.

Trips to the Sabine often see anglers targeting narrow canals where largemouth are the prize. While the winning weights are sometimes small, the weigh-in crowds are some of the largest B.A.S.S. sees anywhere. The 2013 Elite on the Sabine drew 33,000 spectators — the second-largest crowd in Elite Series history.

B.A.S.S. has visited the Sabine four times for major tournaments, including the 2018 Elite Series event that was won by Louisiana pro Greg Hackney.

“We are excited to continue our partnership with Bassmaster and are looking forward to another great event that promotes both the great sport of bass fishing as well as the great area of Orange County, Texas,” said Orange County Judge John Gothia.

Elite Series pros Brandon Cobb, Garrett Paquette and Patrick Walters each earned a Century Belt — 100 pounds in a four-day event — on Lake Fork in 2019 and 2020 respectively, and more anglers hope to join their ranks when the Elite field heads back to the fishery April 22-25.

After their stops in Texas, the Elites will embark on a midseason Alabama swing, visiting Neely Henry Lake in Gadsden May 6-9, Lake Guntersville in Scottsboro May 20-23 and Pickwick Lake in Florence June 10-13. Though all in one state, each fishery will offer vastly different scenarios.

The trip to Lake Guntersville will mark the 26th time B.A.S.S. has visited the famed fishery, making it the second most popular destination in B.A.S.S. history behind only Sam Rayburn Reservoir in Texas. The “Big G” has earned its place in sportfishing history, ranking No. 2 on Bassmaster Magazine’s list of Best Bass Lakes of the Decade. Guntersville hosted two B.A.S.S. events in 2020 alone, including the Academy Sports + Outdoors Bassmaster Classic presented by Huk, which was won by North Carolina pro Hank Cherry.

“We are excited and honored to host the 2021 Bassmaster Elite Series in Scottsboro. We recognize and appreciate the tremendous impact fishing has on our economy, tourism and quality of life, particularly a tournament of the stature and exposure of a Bassmaster Elite,” said Scottsboro Mayor Jim McCamy.

Pickwick is a 43,100-acre Tennessee River impoundment where a mixture of largemouth and smallmouth are often brought to the scales, while Neely Henry is an 11,200-acre Coosa River lake full of healthy spotted bass.

As warm weather takes hold across the country, the Elites will make what has become an annual swing to the north with a visit to Lake Champlain in Burlington, Vt., July 8-11, and a stop in the scenic Village of Waddington, N.Y., for a season-ending tournament on the St. Lawrence River July 15-18.

B.A.S.S. has held 13 major events on Champlain, including four of the last five seasons. Idaho veteran Brandon Palaniuk won the 2020 Elite on Champlain with just over 80 pounds.

The trip to the St. Lawrence will mark the 21st time B.A.S.S. has visited the Upstate New York smallmouth paradise, which took the top spot in 2019 on Bassmaster Magazine’s Top 100 Best Bass Lakes list.

“We here in St. Lawrence County and the Village and Town of Waddington are very excited to be part of the B.A.S.S. family,” said Janet Otto Cassada, president of North County Events. “Our area looks forward to holding our next Elite event in July 2021. Our hopes are that we have COVID behind us and can show everyone that Waddington and St. Lawrence County is where the world comes to fish.”

“There are some venues that have become regular stops for B.A.S.S. the past few years, and it’s obvious why,” Akin said. “They are known by everyone as some of the best bass fishing lakes in the country. But it’s also nice to revisit our past a little bit with trips to lakes like Pickwick and Neely Henry.

“It should all make for a fantastic season.”

For the first time in history, all nine Bassmaster Elite Series events as well as the Academy Sports + Outdoors Bassmaster Classic presented by Huk will feature live television coverage on the FOX Sports platforms. Visit Bassmaster.com for more details.