BIRMINGHAM, Ala. — The popularity of kayak fishing is at an all-time high, just one of the reasons B.A.S.S., the world’s largest fishing organization, has formed a new tournament trail aimed specifically at kayaking enthusiasts. 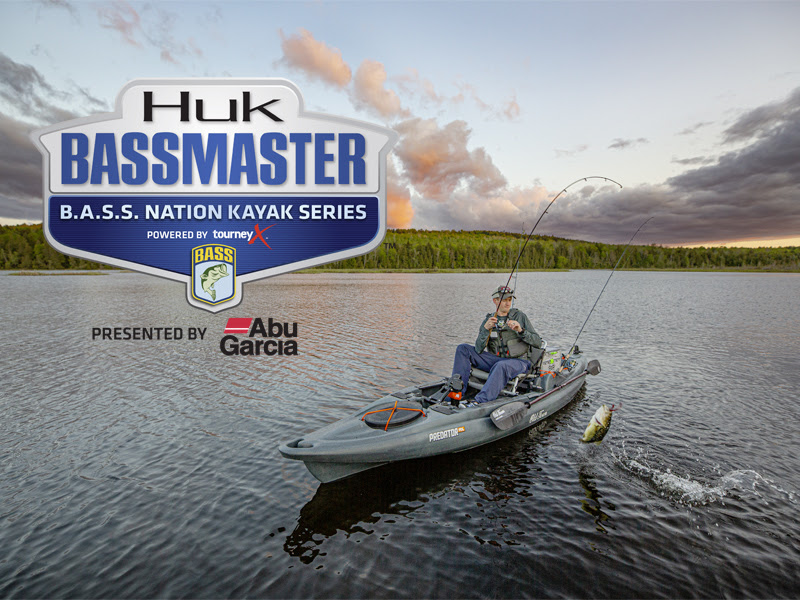 B.A.S.S. is launching a five-tournament kayak trail with events in Alabama, Texas, Tennessee, Wisconsin and California. The series will culminate with a championship held in conjunction with the 2021 Bassmaster Classic.  Photo courtesy of Old Town

Today, B.A.S.S. officials announced the schedule for the inaugural Huk Bassmaster B.A.S.S. Nation Kayak Series powered by TourneyX presented by Abu Garcia. The trail will feature five regular-season events in 2020 on well-known bass fisheries across the country with a championship to be held in conjunction with the 2021 Academy Outdoors + Sports Bassmaster Classic presented by Huk.

“You don’t have to look very hard these days to find a kayak in the bed of a truck or strapped to the roof of a SUV,” said Bruce Akin, CEO of B.A.S.S. “People are bass fishing from kayaks all over the world — and they’re doing it everywhere from big lakes and rivers to small creeks and ponds.

“With this new trail, we wanted to give those anglers an opportunity to show what they can do from a small craft.”

The inaugural tournament will be held in conjunction with the 50th edition of the Bassmaster Classic on Logan Martin Lake in Pell City, Ala., on March 5. Classic competition kicks-off on nearby Lake Guntersville the next morning. Other events will be held on Lake Fork in Lake Fork Marina, Texas (March 14), Chickamauga Lake in Dayton, Tenn. (May 23), the Mississippi River in La Crosse, Wis. (Aug. 15) and Clear Lake in Lakeport, Calif. (Aug. 29).

“Huk is proud to work with B.A.S.S. on this exciting new tournament series designed to push the limits of kayak fishing,” said Melinda Hays, Freshwater Community Manager for Huk. “Bass fishing is an integral part of our DNA here at Huk and we endeavor to inspire anglers to explore their home waters by kayak.”

In addition to title sponsor Huk and presenting sponsor Abu Garcia, the kayak series is partnering with Old Town for the inaugural season.

“Abu Garcia is always looking for a way to connect with passionate anglers,” said Jon Schlosser, VP of marketing for Abu Garcia. “With so many people fishing for bass from kayaks now, this was the perfect partnership, allowing our brand to help serve a growing segment in the sportfishing community.”

Instead of a standard weigh-in that uses scales to measure pounds and ounces, anglers will practice “catch, photograph and release” to determine the standings.

When an angler catches a bass, he or she will photograph the fish lying on a standard-issue measuring board and submit the photo through a special mobile app provided by TourneyX. The boards will measure each fish in inches down to a quarter of an inch, and the angler with the longest five-bass limit will win.

Once the photograph is submitted via the TourneyX app, a tournament director and judges will deem them legal or not and enter an official length. A real-time leaderboard will be available online during the tournament until an hour before weigh-in.

“This is pretty standard procedure for kayak tournament fishing,” Stewart said. “In fact, most tournament trails use this very same app when hosting kayak events.”

The Bassmaster B.A.S.S. Nation Kayak Series Championship will be held in conjunction with the 2021 Bassmaster Classic at a site to be determined. The top finishers from the kayak season will be recognized during Classic festivities.

“It’s just one more opportunity for bass anglers,” Stewart said. “That’s what we’re all about.”

Registration is now open online at https://ssl.palmcoastd.com/app/bass/registration/kayak/2020. Anglers must be a B.A.S.S. member to sign up.

About Huk Performance Fishing
Fueled by youthful anglers across the U.S seeking a brand with their same attitude and passion, Huk exploded onto the fishing scene in 2014 and has since become the fastest growing brand in the sport. Huk appeals to anglers across all disciplines with its energetic vibe and its focus on bringing new color, style and technology to the outdoor community. Based in Charleston, SC, at the confluence of three major rivers and a stone’s throw from the Atlantic Ocean, Huk enjoys a dizzying array of sportfishing opportunities that help shape and mold its purpose-built fishing brand. For more information, go to www.hukgear.com

About TourneyX
TourneyX is the leading real-time CPR tournament management system. We utilize a Catch-Photo-Release (CPR) system where anglers catch, photograph and submit their fish via the TourneyX PRO app, then safely release their catch. TourneyX has been hosting tournaments since March 2015, and currently has 34,500 registered anglers. For more information, go to http://tourneyx.com