BIRMINGHAM, Ala. — With this year’s Bassmaster Elite Series schedule barely written into the history books, B.A.S.S. officials are already looking toward a bright future with Tuesday’s announcement of the Elite Series slate for 2022. 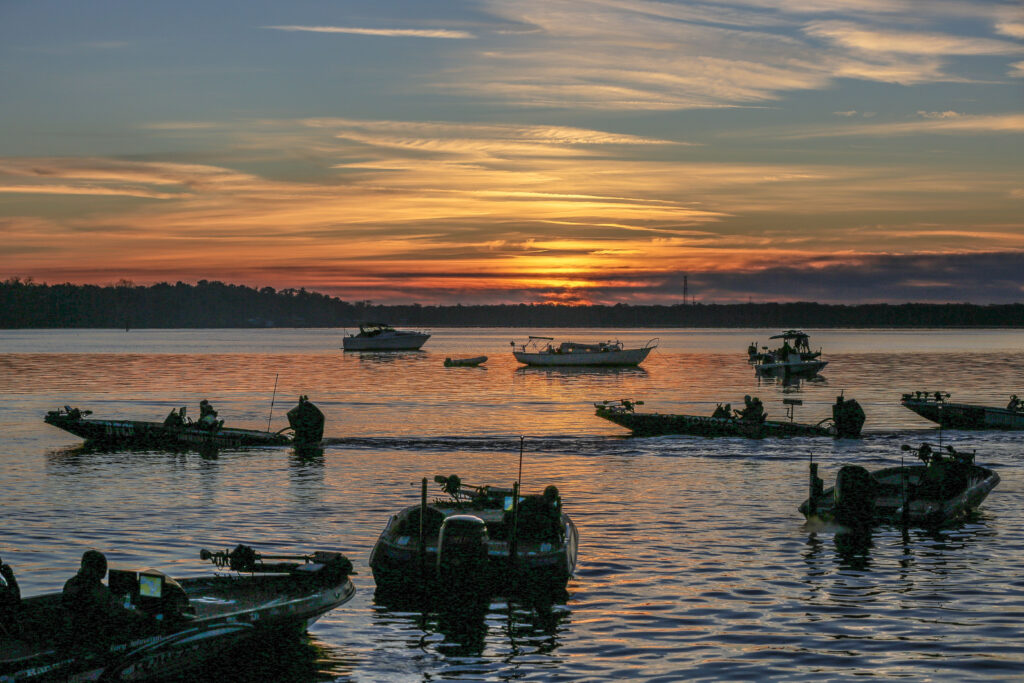 The top professional bass fishing circuit in the world will once again kick off its season in warm, sunny Florida, with events on the St. Johns River in Palatka, Feb. 10-13, and the Harris Chain of Lakes in Leesburg, Feb. 17-20.

From there, the trail will visit six more states in seven months while working its way to a season-ending event on the Mississippi River in La Crosse, Wis., Aug. 26-29.

“We’re proud to have the kind of schedule that allows fans from so many areas to enjoy and celebrate the great sport of professional bass fishing,” said B.A.S.S. CEO Bruce Akin. “With events in seven states from Florida, north to New York, and west to South Dakota, it will be a true test of our anglers’ ability to compete on all types of fisheries.

“It’ll also provide an incredible variety of entertaining scenarios for our fans, both in attendance and watching live on the multiple platforms that are now available to them.”

This will mark the fourth-straight year the Elite Series has held its season-opener on the St. Johns River — a quintessential Florida fishery that features vast shoreline cover, big Florida-strain largemouth and breathtaking scenery with Spanish moss-covered trees, alligators and manatees. The 2021 event on the St. Johns was won by North Carolina rookie pro Bryan New with a four-day total of 79 pounds, 7 ounces.

The trip to the Harris Chain — a collection of eight lakes connected by rivers and canals — will be the first for the Elite Series since 2011. The fishery, which ranked 10th in the Southeastern Division of Bassmaster Magazine’s list of 100 Best Bass Lakes released earlier this summer, has been a common destination for other B.A.S.S. events in the past, however, with the most recent being a Basspro.com Bassmaster Southern Open won by Keith Tuma this past spring.

“We’re thrilled to host the Bassmaster Elite Series on the Harris Chain of Lakes right here in Lake County,” said Steven Clenney, interim director of Visit Lake. “Our lakes have some of the best bass fishing in the country, and as Bassmaster tournaments return year after year to our area, it reminds us how thankful we are to have this resource in our backyards.”

After a pause for the Academy Sports + Outdoors Bassmaster Classic presented by Huk on South Carolina’s Lake Hartwell, March 4-6, the Elite Series schedule will resume right there inside the Palmetto State with the third regular-season event on the Santee Cooper Lakes in Clarendon County, S.C., March 17-20.

B.A.S.S. held 13 major events on the gigantic Santee system, which is comprised of Lakes Marion and Moultrie, from 1975-2009. Then after an 11-year hiatus from the fishery, the Elite Series held a tournament there in October of 2020 that was won by Idaho pro Brandon Palaniuk with 72-2.

“We are so excited to be able to bring the Bassmaster Elites back in 2022,” said Tiffany B. Myers, director of tourism, Clarendon County Chamber of Commerce. “It had been over 10 years since they came to Clarendon County prior to the 2020 tournament. It was a great event, but the pandemic drastically changed plans and logistics. So, we are thrilled to have another opportunity to bring them back during the ideal time of year and with a lot more spectators.”

After Santee, the trail will shift to Chickamauga Lake in Dayton, Tenn., April 7-10. “The Chick,” as it’s known by avid bass anglers from around the country, is a 36,240-acre Tennessee River fishery known for producing giant largemouth.

The next lake on the schedule — Lake Fork in Quitman, Texas — is perhaps known as the country’s largemouth mecca. The Elite Series will drop in on Fork May 19-22 for only the fourth major event B.A.S.S. has ever held on the giant-bass paradise. The lake was ranked No. 1 overall in the country for 2021 in Bassmaster’s list of Top 100 Best Bass Lakes.

That stretch of the schedule should be especially attractive to Lee Livesay — the Texas pro who won the Elite Series’ most recent trip to Chickamauga in October 2020 and the trail’s most recent trip to Fork in April 2021. He won the latter event with a whopping total of 112 pounds, 5 ounces that was capped by a final-day catch of five bass that weighed 42-3.

Details on an event June 2-5 will be announced in the coming weeks.

Another destination that has become a staple for the Elite Series, the St. Lawrence River (fourth overall, 100 Best Bass Lakes), will be the next stop. The event, which is likely to be dominated by big smallmouth, is scheduled for July 14-17 out of Clayton, N.Y. This will be the sixth-straight year the Elite Series has visited the St. Lawrence and the 21st time B.A.S.S. has called on the fishery to host a major event.

Unlike the 2021 season that ended in mid-July, the 2022 slate will push into August with events at two fisheries where fans have been clamoring for the trail’s return.

On Aug. 18-21, massive 370,000-acre Lake Oahe will host the next-to-last event of the season out of Mobridge, S.D. B.A.S.S. has visited Oahe only once, for an Elite Series event in 2018 won by Alabama pro Mark Daniels Jr. B.A.S.S. Nation angler and 2015 Classic qualifier Troy Diede recently caught a 7-4 smallmouth from Oahe that was certified as the South Dakota state record.

The season will conclude on Aug. 26-29 on the Mississippi River in La Crosse, Wis. (16th Central Division, 100 Best Bass Lakes). The Elite Series last visited La Crosse in 2018 during a Midwestern stretch that was paired similarly with Oahe.

“We are thrilled to welcome back the Bassmaster Elite Series to the La Crosse region on the famed Upper Mississippi River,” said A.J. Frels, executive director of Explore La Crosse. “We expect phenomenal fishing for both largemouth and smallmouth bass, and the anglers will showcase the region at unprecedented levels thanks to the partnership between B.A.S.S. and FOX Sports. The Bassmaster LIVE coverage will promote and attract new audiences to our incredible fishery while on-site engagement, launches and weigh-ins are sure to draw big crowds. The greater La Crosse region looks forward to hosting the anglers, their families, fans and spectators in the area!”

After an exciting debut season in 2021, once more, all nine Bassmaster Elite Series events as well as the Academy Sports + Outdoors Bassmaster Classic presented by Huk will feature live television coverage on the FOX Sports platforms. Visit Bassmaster.com for more details.