BIRMINGHAM, Ala. — In celebration of the upcoming Academy Sports + Outdoors Bassmaster Classic presented by Huk, a new update is now available for Bassmaster Fishing 2022, the video game. With the Lake Hartwell Venue DLC, players can compete on the same waters as 55 of the world’s best anglers as well as try out the Classic three-round final in Career Mode, enjoy new challenges and more. 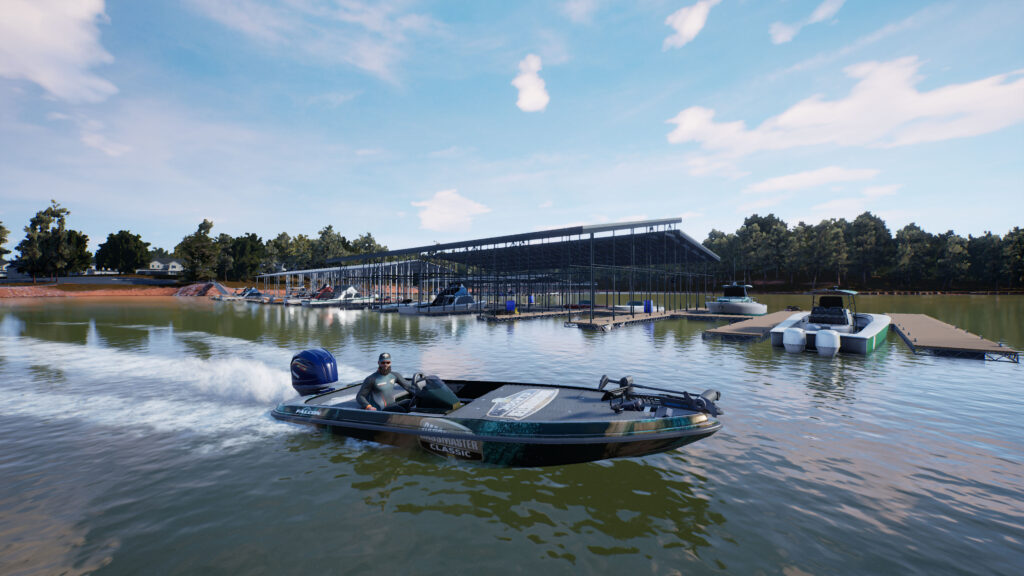 Bassmaster Fishing 2022 is available in a 2022 Bassmaster Classic update bundle for new players which includes the game and the Lake Hartwell DLC for a discounted price.

Competing in the iconic Bassmaster Classic is a dream of every aspiring angler. While only a select few will compete March 4-6, 2022 on Lake Hartwell, now any player can enjoy the thrill of competition and fight their way to an in-game championship with the new Lake Hartwell DLC, which was built to recreate the experience as closely as possible, including matching water temperatures, depths and fish behavior. The dynamic time of day system sets the perfect mood for a Classic competition, altering lighting and shadows across the lake for a more immersive experience.

“Dovetail Games got off to a great start with Bassmaster Fishing 2022, and their passion for bass fishing is present throughout the game,” said B.A.S.S. Vice President of Tournaments Chris Bowes. “We are excited to see how they bring the Bassmaster Classic to life for gamers and bass fishing fans and help people experience the joys of big bass fishing however they can.”

Alongside the Lake Hartwell addition, Dovetail Games, which developed and published Bassmaster Fishing 2022, announced that it has signed a long-term license renewal with B.A.S.S. as the exclusive partner for video games.

“We’re committed to delivering a fantastic sports fishing experience for our players,” said Jon Rissik, CEO of Dovetail Games. “Today’s announcement is a testament to that commitment and we are thrilled to continue working with our fantastic partners at B.A.S.S.”

The Lake Hartwell Venue DLC is available for purchase on PlayStation®5, PlayStation®4, Xbox Series X|S, Xbox One and Windows PC via Steam, with a limited-time discount ending March 3 on Steam and March 17 on PlayStation and Xbox consoles.