Kansas Angler Boats Two-Day Total of 30 Bass Weighing 67 Pounds Even to Advance Directly to Wednesday’s Championship Round, 19 Anglers Advance to Knockout Round 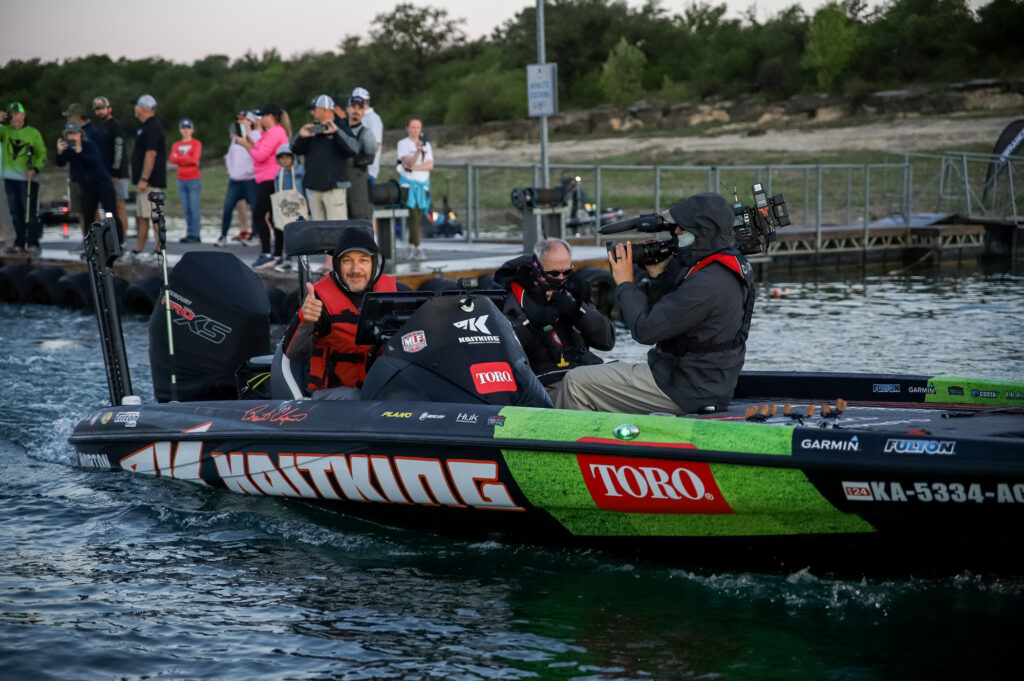 AUSTIN, Texas (May 2, 2021) – Toro pro Brent Chapman of Lake Quivira, Kansas – who led Group A after the first day of competition – held his lead throughout the entire day Sunday, catching nine bass totaling 20 pounds, 8 ounces to win the two-day Qualifying Group A round at the Major League Fishing (MLF) Bass Pro Tour Berkley Stage Two at Lake Travis Presented by Mercury event in Austin, Texas. Chapman’s two-day total of 30 bass weighing 67 pounds even earned him the win by an 11-pound, 3-ounce margin and now advances him directly into the Championship Round of competition, set for Friday. The six-day tournament, hosted by the Austin Sports Commission, is being live-streamed online and filmed for television broadcast on the Discovery Channel and the Outdoor Channel later this year.

The top 20 anglers from Group A will now enjoy an off day, while the 40 anglers in Qualifying Group B will complete their two-day Qualifying Round of competition on Monday. The Knockout Round, featuring 38 anglers competing to finish in the top eight, will take place on Tuesday. Wednesday’s Championship Round will feature Chapman, Monday’s Group B winner, and the top eight anglers from the Knockout Round competing in a final-day shootout for the top prize of $100,000.

“I came into this tournament not really knowing what to expect. I thought I might have a good finish, but little did I know that I’d be leading after the first two days,” Chapman said. “That just shows you that when you stick to your strengths and fish what you’re confident in, it can pay off.”

Chapman pretty much threw the bass fishing rule book out the window and has went against the grain over the first two days of the event. Despite Lake Travis being a crystal-clear, desert-type impoundment, Chapman has gone to the lower end of the lake with a vibrating jig and had massive success.

“I’d like to think what I’m doing is a little bit off the wall down here in this clearer water, so hopefully it’s something on Championship day that I can have to myself and go out there and win this deal,” Chapman said.

“I typically throw a bladed jig on a 7-foot, 3-inch KastKing bladed jig rod, but this Speed Demon pro is a 7-foot, 6-inch swimbait rod with basically the same tip, but 3 inches longer. I’m making these really long casts in the clear water, so the longer rod helps. Plus, I’m able to hold my rod really high when I have to get up there really shallow.
“I couldn’t be more excited to win the round,” Chapman went on to say. “I’ve just fished what I’m confident in and so far, it’s paid off. I’m really looking forward to competing in the Championship Round.”

The top 20 pros from Qualifying Group A that now advance to Tuesday’s Knockout Round on Lake Travis are: