Britt and “Big Show” Break Down Lake of the Ozarks

Britt Myers and Terry “Big Show” Scroggins have been roommates for a decade as touring professional anglers. Both struggled Saturday to begin Major League Fishing’s fourth stop of the season at Lake of the Ozarks, but were kind enough to share their insight with fans prior to the start of Monday’s competition. 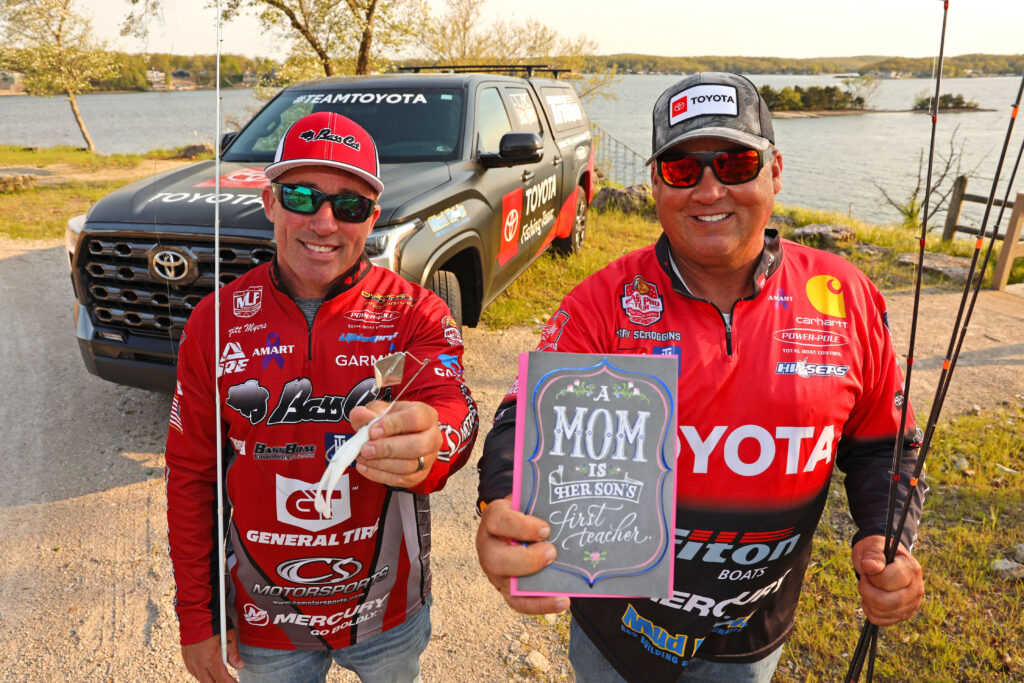 Q1: You two have been roommates for 10 years as touring pros. What do you like most about your ‘roomie’?

Scroggins: Britt’s a lot like me – carefree and laid back. He’s not picky about where we eat, and he’s mechanically inclined, so together, we can fix just about anything that breaks.
Myers: “Big Show” is always positive. No matter how good or bad his day on the water, he brings positive energy with a big heart. I’ll promise you, he’d give you the last two Senkos in his boat if you needed them, even if that’s what he was catching them on.

Q2: You both struggled Saturday. How do you plan to turn it around Monday?

Scroggins: Monday will bring clouds and rain. I need to fish faster and target better quality fish, versus catching 40 bass like I did Saturday – but almost none of them were big enough to count.
Myers: I caught them so good in practice on a buzzbait I could hardly sleep Friday night. But apparently the rain and lightning killed that bite Saturday. I don’t care. I’m riding the buzzbait, because I truly believe I can catch 30 pounds on it.

Q3: What has surprised you most about Lake of the Ozarks?

Scroggins: The 70,000 boat docks. You get worn-out trying to fish between them all. It’s hard to “read” the shoreline because there’s so many docks.
Myers: The docks. There’s so many of them you can’t hardly fish any stretch of shoreline without dealing with docks.

Q5: Mother’s Day is this coming Sunday – what will that special day consist of for you?

Scroggins: Hanging out with my mom — “Momma Show” – she doesn’t really care what we do, just so we’re all together.
Myers: My mom recently moved three hours away to a town near Myrtle Beach. So, my wife Missy and I will hang out, and we might drive down to the beach to see my mom.