Major League Fishing pro Britt Myers woke up Wednesday morning to start practice on the Harris Chain of Lakes for Stage Three of the Bass Pro Tour but immediately felt something was seriously wrong with his right wrist. The General Tires pro said his wrist was completely fine when he went to bed, but woke up to a swollen hand and intense pain. 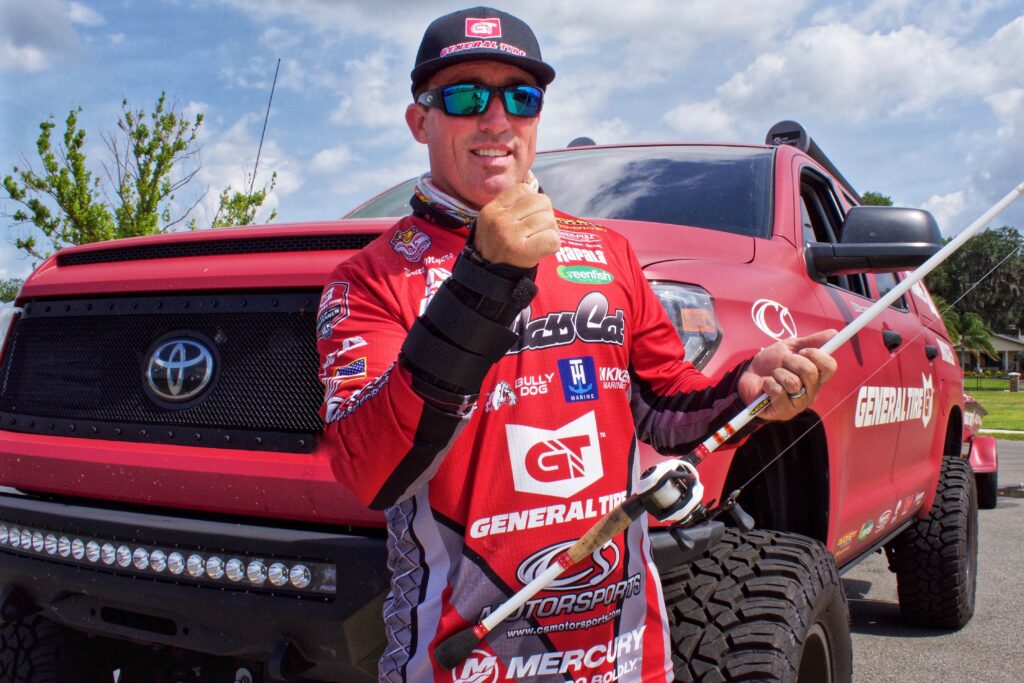 Myers is one of the nicest people you’ll ever meet off the water, but he’s a fierce competitor on the water; he’s fished through pain plenty of times in his career but this time it was almost unbearable. He gave up precious practice time to head to the local Urgent Care.

“I seriously think I am dealing with maybe 10% function in my right hand,” Myers said. “The nurse at the Urgent Care couldn’t tell me exactly what it was. She thought it could be tendonitis but I’ve had surgeries in the past and know all about tendonitis. This one feels different.”

After spending a lot of time icing and babying his wrist, the longtime owner of CS Motorsports in North Carolina decided he was just going to have to grit his teeth and fish through the discomfort to the best of his abilities on the Harris Chain.

While day one of his Qualifying Round didn’t go as well as it could have without dealing with the injury, Myers certainly made the most of his predicament; catching 25-lbs. of bass, including a 9-pound 8-ounce giant, to finish the day in 13th place. 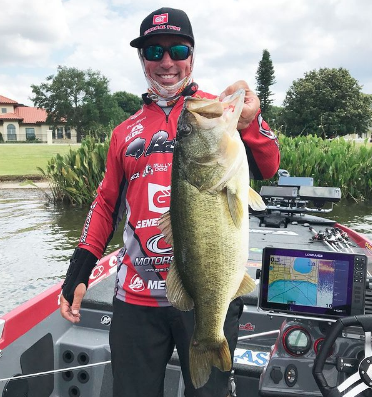 “I literally fished the entire day one handed,” Myers said in disbelief. “I lost so many fish that could have been scoreables because I couldn’t set the hook properly. I was a mess out there. But I’m super thankful for that big bass and the other fish I did catch… today could have been much more of a train wreck.”

“As long as I could keep the rod straight and the fish came right at me, I could reel them in like I was working a pencil sharpener without too much pain,” Myers said. “But as soon as a fish would surge to the left or right I was practically helpless. My range of motion is so limited right now and I can’t put tension on my right hand.”

Myers promises the scene was absolute chaos when he hooked and eventually landed the big bass of the day, which earned him $1000, and he believes he caught it all on GoPro. That video will likely publish on his social media pages in the days to come, but first Myers is going to focus on rehabbing his wrist and qualifying for the Knockout Round.