Bassmaster Elite Series pro Brock Mosley kept his bank teller busy the past month after adding $5,000 of Toyota Bonus Bucks thanks to two consecutive second-place finishes at Pickwick Lake and the Sabine River.
While Mosley is happy to leave the Dovetail Games Bassmaster Elite on the Sabine River with another great finish, he’d be lying if he didn’t say coming so close to becoming an Elite Series champion burned a little bit. 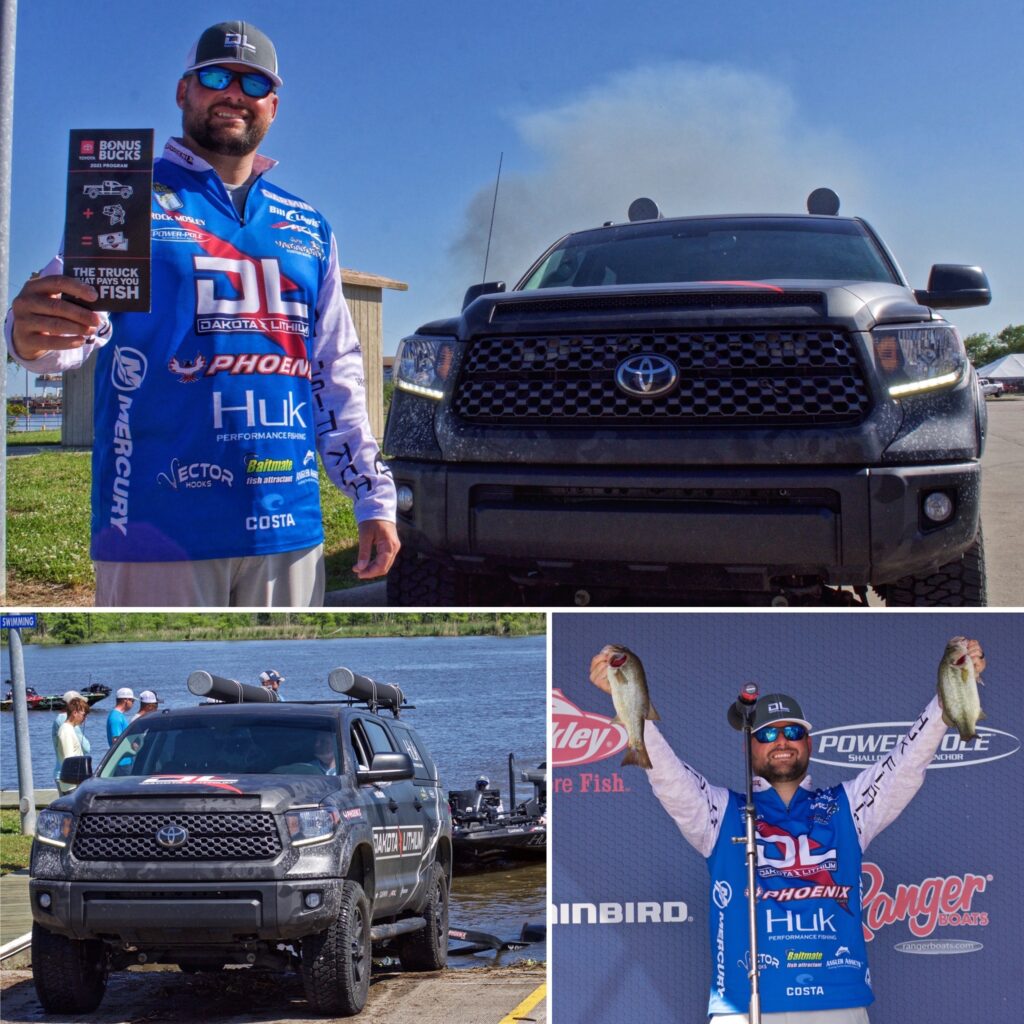 “I’m happy with another second place but man… it’s so hard to put yourself in a position to win one of these events,” Mosley admitted. “My time is going to come one of these days and I’ll get my hands on one of those blue trophies.”

The Dakota Lithium Batteries pro was making a long run nearly all the way to Houston the first three days of competition on the Sabine River.

But after struggling to connect with the better than average bass he had been catching on day three, Mosley called an audible. Staying close to takeoff to try and rundown day three leader, and eventual champion Jason Christie. Mosley nearly did just that using a two-pronged approach of fishing a ½-ounce Z-man Jack Hammer with a Yamamota Zako trailer in his primary area and junk fishing “swamp cover” on the final day.

This was Mosley’s third top ten finish in a row and his second consecutive tournament finishing as the runner-up. Instead of dwelling on the near misses, Mosley draws from the positive momentum he has right now and the extra contingency money he’s earned by towing with a 2019 Toyota Tundra.

“This is my third Toyota Tundra, and this truck alone has made me at least $9,000,” Mosley said. “No other truck brand supports the fishing industry like Toyota and you certainly can’t win Bonus Bucks with any other tow vehicle. I’m proud to support a company that gives so much back to us anglers.”

Mosley was the second-highest Toyota Bonus Bucks finisher at the Sabine River behind Jason Christie, which earned him a $2,000 check from the popular contingency program. The additional $3,000 came from being the highest placing program participant at Pickwick Lake a few weeks ago.

Highlighting one of the best facets of Bonus Bucks, you don’t need to win an event to get paid, you just have to place higher than other anglers signed up for the program.

Bonus Bucks supports hundreds of bass and walleye tournaments for anglers of all levels. Follow this link https://www.toyotatrucksbonusbucks.com/ to learn more about the program, to find a full list of eligible tournaments and payouts, or to get registered. If you’d rather call than click, dial (918) 742-6424 and ask for Chip or Kendell – they’ll get you signed up.