Terms like ‘SmashFest’ and “Big Bass Beatdown” are being used to describe the potential of this week’s Guaranteed Rate Bassmaster Elite at Lake Fork. 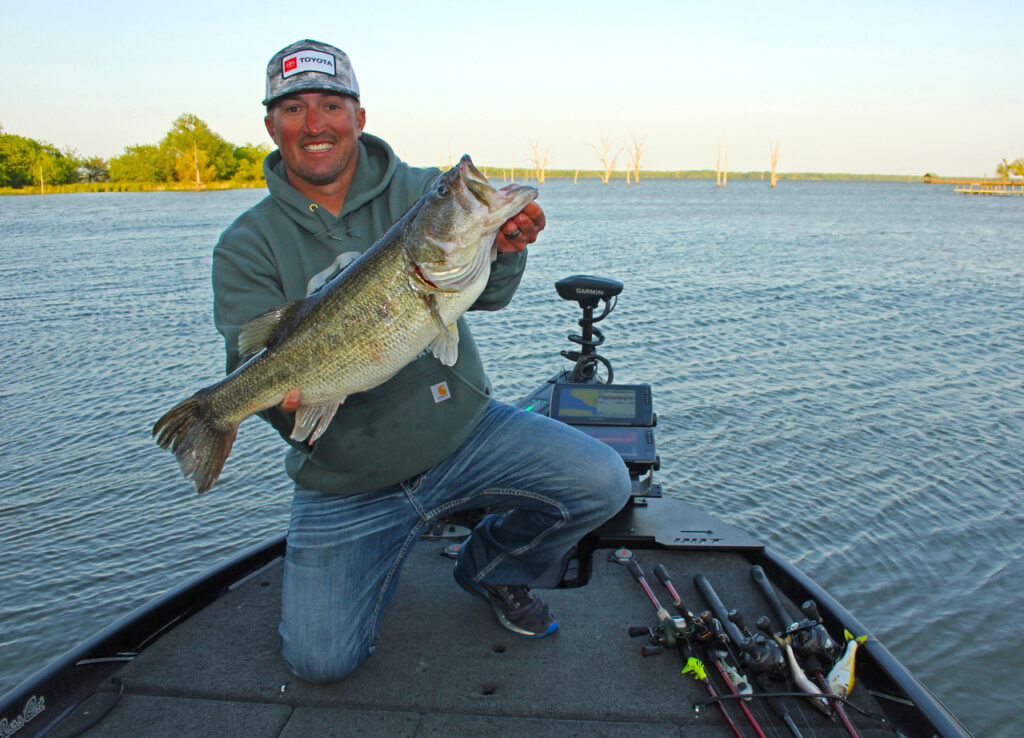 Drastic changes in Friday’s weather will certainly have a lot to say about the eventual accuracy of those exciting descriptors, but highly respected guide James Caldemeyer says a huge number of bass currently swimming shallow offer the potential for a very memorable week on the legendary Texas reservoir, where water temps should range from 65 to 70 the next few days.

“What makes this week special is there’s never been an Elite Series or Toyota Texas Bass Classic this early in the year,” reflects Caldemeyer. “All those great past events have always been in May, June, and most recently early November, but never right in the heart of the spawning season when such a huge percentage of the bass population is in less than 6-feet of water.”

While folks in places like Pennsylvania and Michigan awoke to a rare April snow on Wednesday, sunrise temps for the final day of practice on Fork were strangely cold too, hovering near 39-degrees before eventually reaching 60 this afternoon.

But even as the major cold front blew-in Tuesday, Caldemeyer proved Fork is still primed for a great week by catching the 7-pounder he’s holding in the photo as winds gusted to 30 mph and whitecaps covered his home waters. That green beast ate a big glide bait, however he expects everything from wacky-rigged Senkos to squarebill crankbaits to get plenty of use the next four days.

“There is no doubt that bed fishing will play a major role this week, but I truly don’t think a guy will be able to bed fish four straight days to win, especially if it’s storming and raining on Friday,” he predicts.

“That’s what makes this tournament exciting in my opinion. It’s not solely a bed fishing tournament, or purely a post-spawn event for offshore experts like it was in past events here. It could be anybody’s ballgame doing a variety of shallow water things this week,” concludes Caldemeyer who has boated more than 100 bass over 10-pounds the last 17 years on Fork.