One of the coolest parts of college bass fishing has nothing to do with the on-the-water experience or sponsorship opportunities a young angler can garner from fishing at the college level; instead it has to do with the friendships made during these formative years. 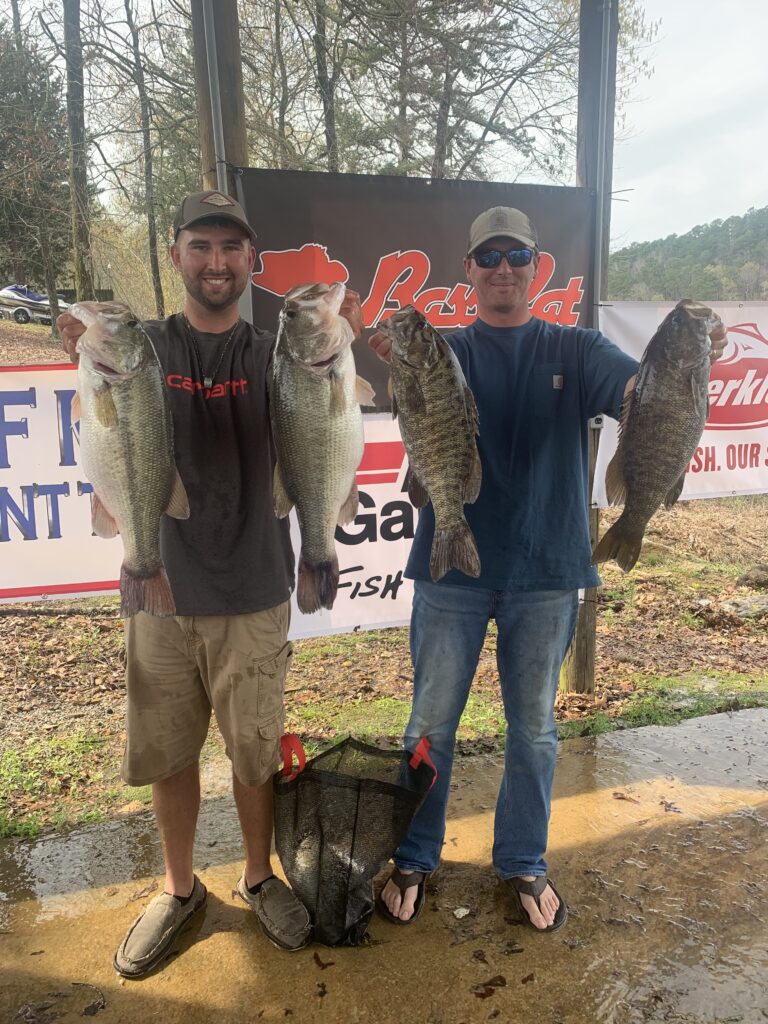 Current Carhartt Bassmaster College Series Champion Trevor McKinney along with former college fishing Bassmaster Classic representatives John Garrett and Cody Huff are perfect examples. Outside of college fishing, McKinney didn’t necessarily have much in common with Garrett or Huff. All three dudes were born in different states and were brought together by their common interest… bass fishing.

“I met both John and Cody through college fishing probably three or four years ago,” McKinney recalled. “They both fished for Bethel University and were a force to be reckoned with in college. I use to congratulate them when they’d kick my butt and we grew to be buddies.”

McKinney, Garrett, and Huff are now traveling and rooming together while competing in the Bass Pro Shops Bassmaster Opens. All three young men are salt of the earth type people whom you’d be happy to grab a bite to eat or spend a few hours on the lake with.  Furthermore, they are incredibly skilled anglers whose names we will be hearing in the tournament fishing scene for a long time.

Garrett and McKinney both had solid finishes in the first Open of the year on the Harris Chain and were eager to keep their momentum rolling at Central Open on Smith Lake in Alabama. Unfortunately, flooding and dangerous conditions forced B.A.S.S. officials to postpone the Open days before competition was to begin.

After making the long haul in his McKendree University wrapped Toyota Tundra and Nitro Boat, McKinney wasn’t thrilled with the idea of turning right around to drive back to southern Illinois.

“John called me as soon as I got into Cullman, Alabama and told me to check my email,” McKinney said. “After realizing the Open was postponed, we decided we oughta try to find a tournament to jump into before heading home. We looked at Lake Guntersville and Kentucky Lake, but ultimately found a Fishers of Men derby on Pickwick Lake.”

Neither Garrett nor McKinney had made a cast on Pickwick in 2021, but they’ve both fished multiple college events on the famed Tennessee River reservoir and figured they might as well go fishing.

The lack of practice on Pickwick didn’t slow these former Carhartt Bassmaster College Series standouts down at all. McKinney and Garrett ended up winning the tournament with five bass that weighed over 22-pounds and had a big time in the process.

“We caught fish all day and had an absolute blast,” McKinney said with a smile. “We fished a place John knew about first thing in the morning and had a limit within 30 minutes. From there we focused on current breaks and junk fished to cull up throughout the day. We caught a lot of fish cranking a Rapala DT-6, a couple bigguns on a jig, and just really had a fun day.”

A great day on the water filled with lots of laughs and plenty of bass. Instead of dwelling on the negative news surrounding the Smith Lake Open, McKinney and Garrett made the most of their trip and now have a story they’ll remember for the rest of their lives.