Austin and Justin Carr are fishing their fourth and final Carhartt Bassmaster College Series National Championship this week on the St. Lawrence River. The Illinois State University seniors both major in Construction Management and they both love to bass fish. These two brothers have been competing in tournaments together since high school but said today may have been the craziest day on the water they’ve ever experienced. 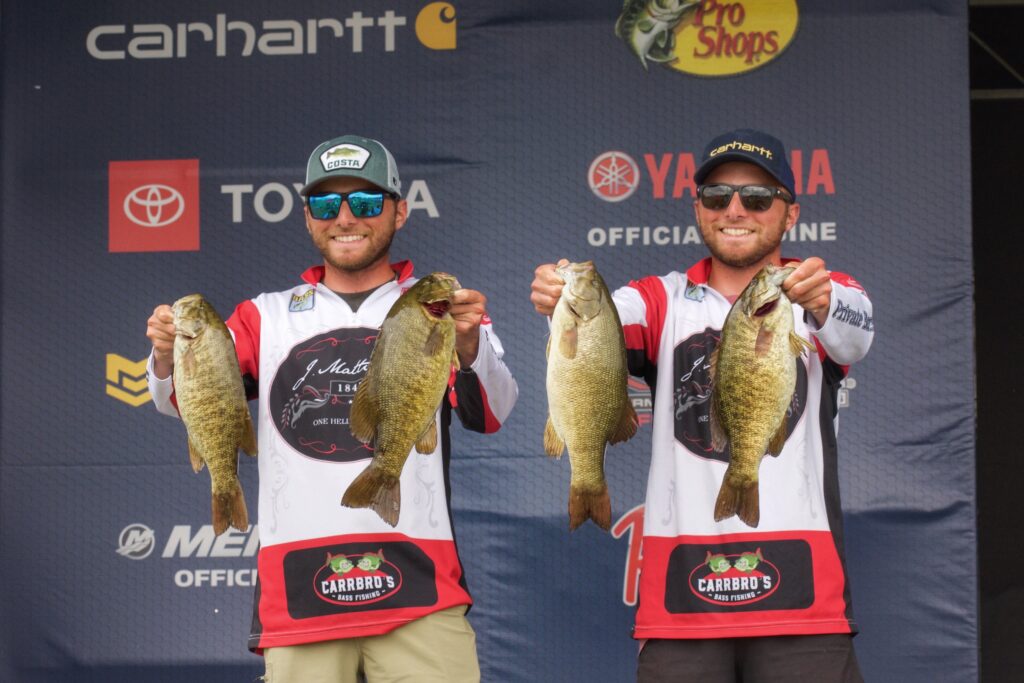 The ISU redbirds weighed in a solid 17-pounds 8-ounces today that has them tied for 26th place at the conclusion of day one. Their bag of fish looks good on paper, but what you don’t see if the equipment issues the Carr’s battled throughout the entire day.

“We made a pretty long run this morning and when we dropped our trolling motor it wasn’t working at all,” Austin recalled. “One of the connections had broke loose, so we spent a few minutes jerry-rigging that deal so we could have power. We put that behind us and focused on fishing. Because of the long run each way, we didn’t have a lot of time to waste.”

There was a steady 10-15 mph southwest breeze blowing all day here in upstate New York, which made for rough boat rides for college competitors. Punishing waves greeted anglers like the Carr brothers who made a 65-mile run to the area that proved most productive during their practice days.

The Carr twins put a decent limit of fish together from their primary area, but little did they know their equipment troubles had only just begun. The notoriously swift current of the St. Lawrence River was draining their trolling motor batteries quickly and they were starting to run short on time. Even though they still had a 12-inch “dink” in their livewell, the Carr’s knew they had to run back towards Waddington. 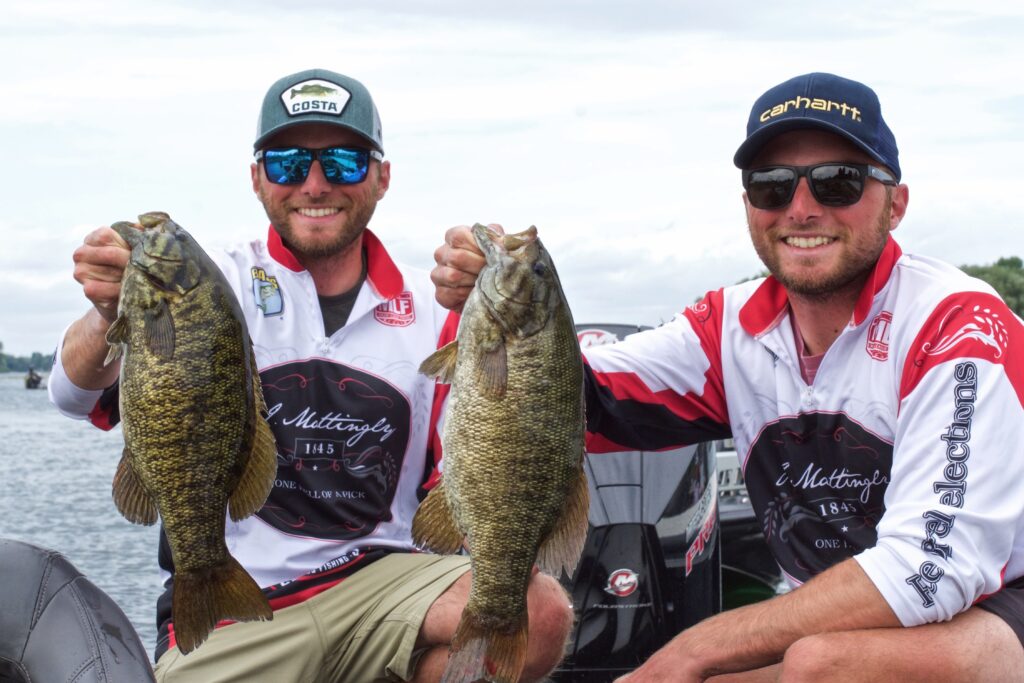 “We pushed our trolling motor batteries until they were completely dead and were forced to make the run back,” Justin said. “The ride back was brutal. Our console electronics mount completely broke in two places and our trolling motor mount ended up breaking, too. We made it back near Waddington with about twenty minutes before we had to check in.”

They were thankful to not have any more serious equipment malfunctions, but the diehard tournament junkies couldn’t bring themselves to go in early. Instead the Carr’s decided to drift within a mile of the boat launch until they ran out of time.

“Our trolling motor batteries were completely dead so we just tried to get ourselves near a current seam and drift for the remaining minutes of the day,” Austin said. “We were feeling pretty down, because we had a good practice but you can’t expect to weigh-in a 12-incher here and do well.”

Austin paused for a minute, almost as if he was reflecting on what might have been had their luck not changed for the better.

“Then magic happened,” Justin added with a big smile. “We caught a 3.5-pound smallmouth on a jerkbait literally at the last minute to cull our smallest fish. That cull gave us a solid bag and a fighting chance for tomorrow. Between the long run, all the broken gear and a clutch catch like that, this had to be the craziest tournament day I’ve ever had.”

Hopefully the Carr’s day one trials and tribulations have appeased the fish-Gods enough for this event and the twin standouts from Illinois State have a smoother day on the St. Lawrence on day two. All 124 teams will compete again tomorrow before the field is cut down to the top 12 for Saturday’s final day.