Chris Johnston Hammers 27-6, Wins in a Blowout at the St. Lawrence

MASSENA, N.Y. – Getting the monkey off his back in style, Chris Johnston plopped 27 pounds, 6 ounces on the scale on the final day of the Toyota Series Presented by A.R.E. Northern Division event on the St. Lawrence River for the win. With a 77-15 total, Chris Johnston lead wire-to-wire and beat his brother Cory Johnston by more than 7 pounds. Taking home $39,048, he also qualified for this fall’s Toyota Series Championship on Pickwick Lake.

Though he’s an FLW Tour and B.A.S.S. Elite Series champion, Chris Johnston has been foiled by Toyota Series events on the St. Lawrence and the associated waters too many times over the last several years. After running hundreds of miles over the last three days, going from Massena to Lake Ontario each day, he finally got it done.

“I was thinking about it running back up the river, thinking ‘If I get back, I’ve finally got this off my back,’” Chris Johnston said. “It’s pretty good. I’ve obviously won tournaments, but this place is special to me. To win this one here, it means a lot. They’ve bit me in the ass too many times, always something has gone wrong. Today I jumped off a 6 before I had a good one in the boat, and my co-angler had like three good ones. Then, I broke a 6 ½ off, I was like ‘Oh no, this is gonna happen again.’ Then I finally got some in the boat, but it was going through my mind, I was sweating a little bit today.” 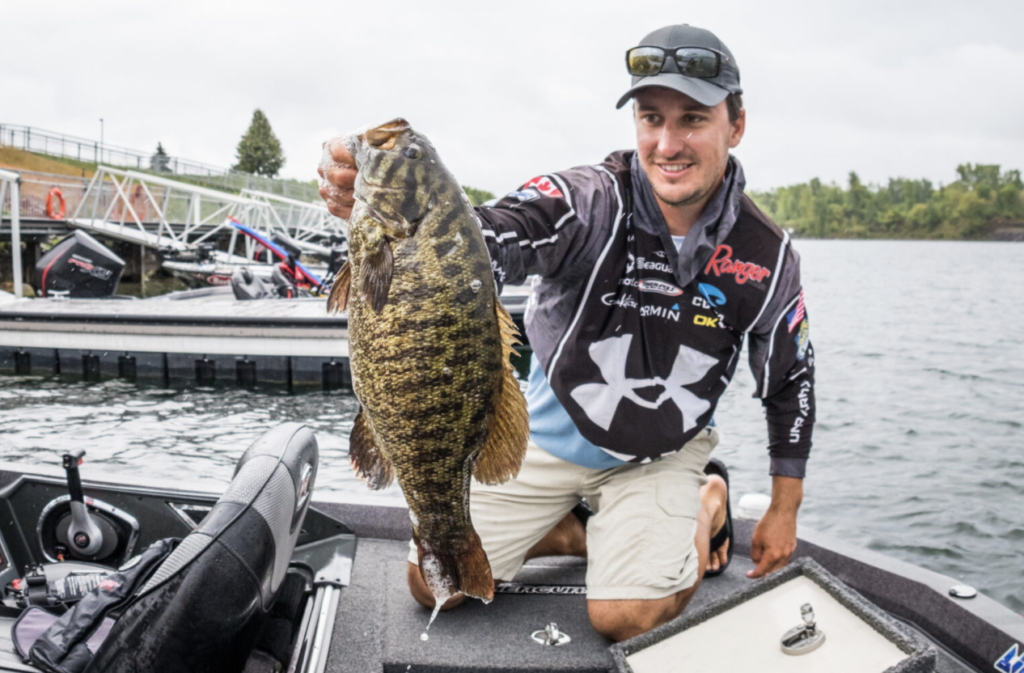 Catching 25-pound bags each of the first two days, Chris Johnston mixed in a river bass or two both times. On Day 3, he sent it straight to the lake to close things in style.

“It was good, but I didn’t have a lot of time,” he said. “People think it’s easy to go out there and catch a big bag, but it’s really not. I don’t have a spot that’s loaded, I only hit two spots today, but they’re not loaded, I had to work for them. I needed all four hours to catch them. Today, my starting spot never had a bass on it. On Day 2, I hit two that were dry. That’s what’s scary, when you’re making that run, if you hit two spots in a row that don’t have them, you don’t have enough time to be running around.” 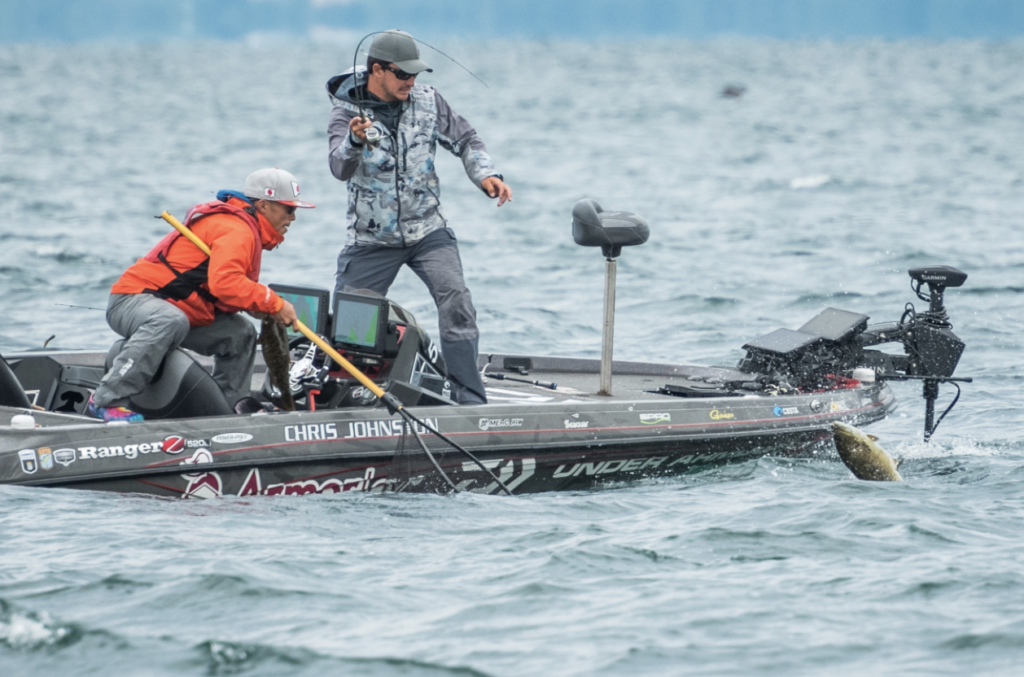 Of course, the odds of a Johnston hitting two spots in a row anywhere within about 300 miles of Ottawa are incredibly long, and the two have a finely tuned system for Great Lakes success. This week, an unidentified prototype worm on a drop-shot was the main player – which you’ll have better odds of learning more about once the B.A.S.S. Open out of Clayton wraps up. For the rest of his tackle, Chris Johnston used a Daiwa Certate LT 2500, a 7-foot, 1-inch Daiwa Tatula Elite spinning rod, 10-pound Seaguar Smackdown with an 8-pound Seaguar Gold Label leader, a No. 2 Gamakatsu TGW Drop Shot Hook and a 3/8-ounce drop-shot weight.

In the river, he fished one spot that was about 16 feet deep.

“I had a river spot that I was counting on Day 1,” he said.. “I caught three good ones off it. It’s just a break that they get on, and when its sunny and calm I can see them, that’s how I found them. They’re hard to catch though, they knew the gig was up, I only got two the next day.”

In the lake, Chris Johnston mostly fished deep rock, usually piles or stretches of it in general areas. Mostly in 20 to 40 feet of water, he fished small enough sections that he wouldn’t get too bogged down.

After the Open at Clayton, Cory’s season will start wrapping up. But, Chris will have to keep his rods out for the $200,000 championship.

“I haven’t thought that far ahead, that’s deer season,” he said. “It’ll be good fishing, but 16-hour drives are killing me. Pickwick is fun, I guess I’m gonna have to make a road trip.”