It’s May in Alabama, but it hasn’t exactly been balmy the past two mornings at Smith Lake Park for the Carhartt Bassmaster College Series boat launch. We certainly won’t complain about the weather, as the afternoons have been absolutely gorgeous. But temperatures have dipped into the 40s each night here in Cullman making it feel more like the originally scheduled mid April date for this event. 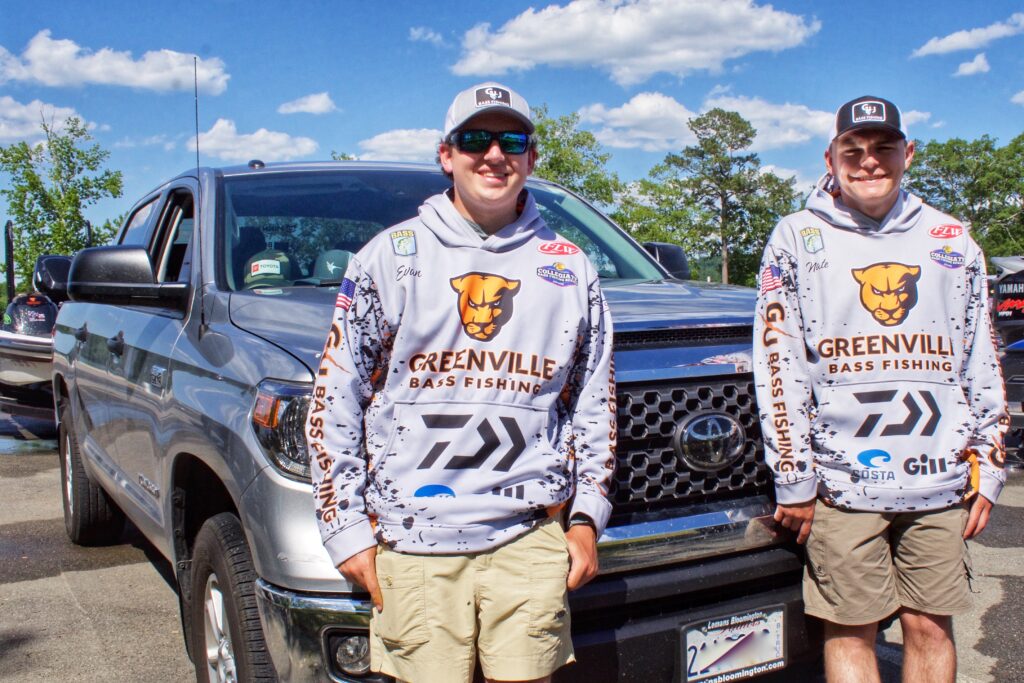 Morning launch has seen lots of college anglers layered up with warm Carhartt outerwear, plenty of beanies, hoodies, and heavy rain gear even though the sun is shining. So you’ll understand my surprise when I’ve seen countless collegiate fishermen sporting flip-flops as their footwear of choice this week.

Cade Rudiger and Cooper Thor attend Stephen F. Austin University in Nacogdoches, Texas and they are two such anglers who like to accentuate their Carhartt rain suits with sandals or flip-flops.

“It gets warm around 10:00a.m, so you gotta have some flops man,” Thor said with a smile. “We are making a long run first thing this morning which is why we’re all bundled up everywhere else. The layers keep us warm in the morning and the flip-flops are clutch when it gets hot this afternoon.”

The Lumberjacks are making their long run in Rudiger’s 2019 Skeeter boat powered by a 250HP Yamaha Outboard that they officially registered for the Yamaha Power Pay contingency program this week at tournament registration. The bass fishing rewards program offered by Yamaha is free to register for and pays out on select college tournaments just like professional and grassroots level events.

Thor and Rudiger didn’t have the day one they were hoping for, weighing in just one solid Smith Lake keeper, but the Texas natives were both still smiling and ready to greet the day with a good attitude.

“Our fishing tackle is about as all over the place as our clothes,” Rudiger joked. “Heavy jackets and sandals or topwaters and deep diving crankbaits… we’ve got all the bases covered. In all seriousness we’re just excited to go have some fun and see what happens. It’ll be a good day either way.”