Around one hundred and forty of the best college fishing teams in the country have descended upon Winyah Bay here in Georgetown, South Carolina for the 2022 Strike King Bassmaster College Series National Championship presented by Bass Pro Shops. This morning marked the start of third official day of practice for championship qualifiers on the intricate puzzle this fishery offers. 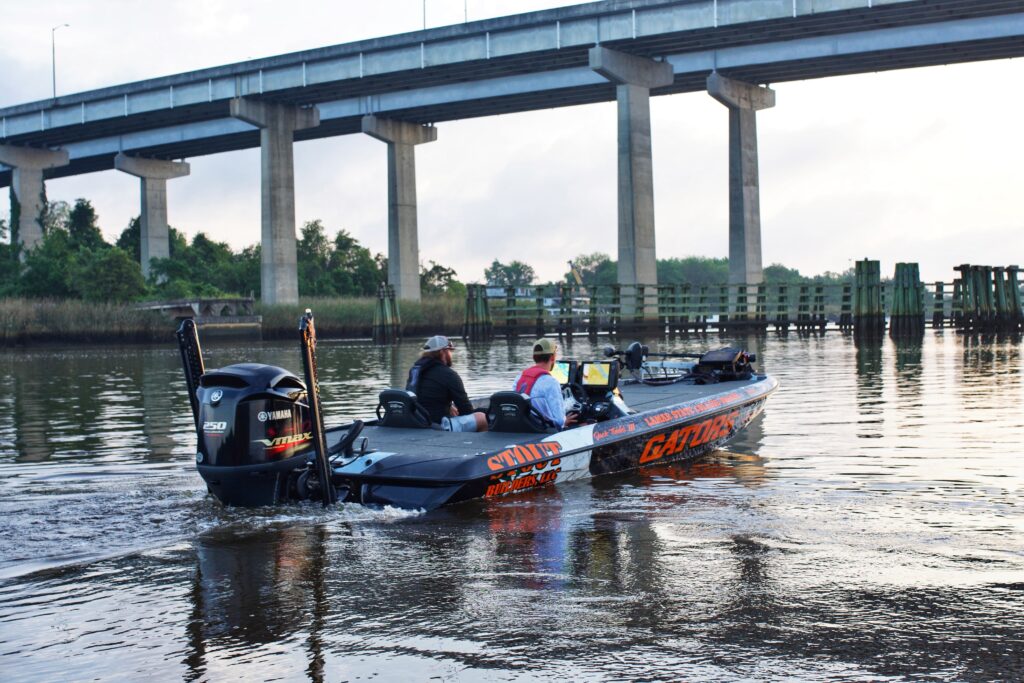 Winyah Bay is the fourth largest estuary on the eastern seaboard of the United States and its proximity to the Atlantic Ocean presents many unique and unfamiliar challenges to most of the field.

For example, Lamar State College-Orange anglers Jack Tindell and Brett Fregia found a pair of crabs on the boat ramp this morning at the Carol Ashmore Marine Complex and witnessed mullet jumping in the Sampit River behind them. Not your typical sights when launching your boat for a bass fishing tournament.

“We have some experience with fishing brackish water and finding bass thanks to the Sabine River,” Tindell said. “But I’d be lying if I said we had any kind of advantage. Winyah Bay has been tough on us so far, we’ve been scratching our heads quite a bit this week.” 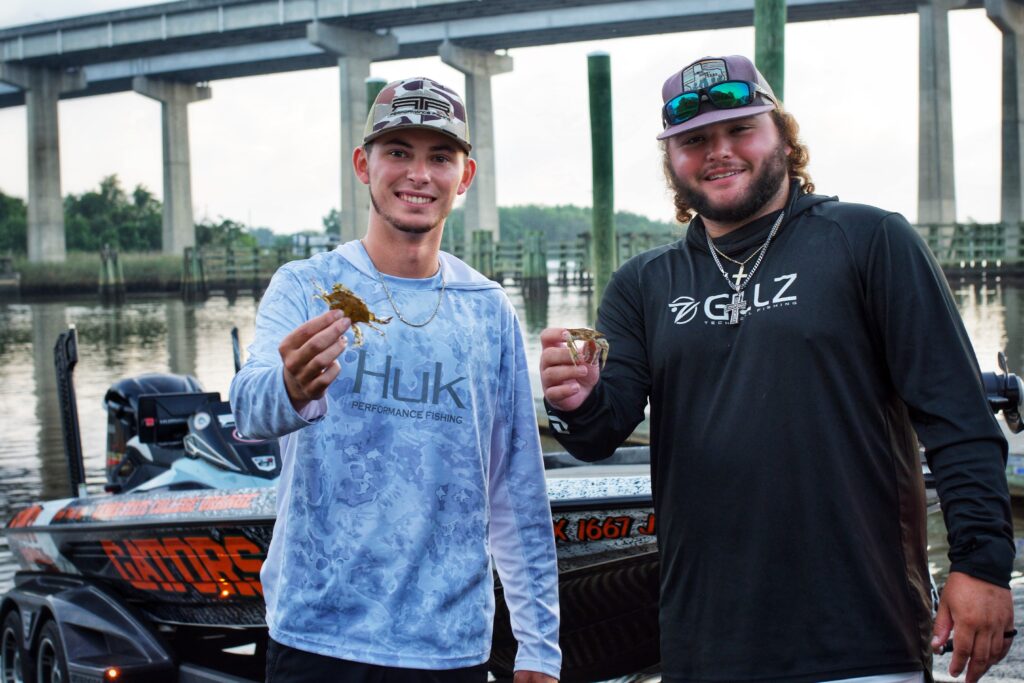 While we may be over 1,000 miles away from their home waters of the Sabine River and they don’t see it as much of an advantage, the familiarity they have with this style of fishing certainly won’t hurt the east Texas Gators chances. Navigating between fresh, brackish, and saltwater is completely novel experience for most competing anglers this week who are used to fishing reservoirs, inland river systems, and natural lakes.

Being far from home doesn’t intimate Fregia and Tindell either. They placed in the top ten of the 2021 Bassmaster College Series Championship last year on the St. Lawrence River and took home the impressive $5,000 Yamaha Power Pay bonus for their efforts.

The duo hopes to repeat and even improve on their 2021 performance this week, but that starts with staying focused every hour throughout practice and piecing together a gameplan for the three-day tournament.

“Right now, we’re still in search mode,” Fregia offered. “We think finding the right area, or areas, will be key in this tournament as opposed to fishing a pattern. There are areas that have healthy populations of bass, and areas that do not. Today and tomorrow will be all about finding some of those magical little places.”

“We’ve launched at a few different ramps just to try and sample different areas. I think we found a place where we could dominate a Grinnell (bowfin) tournament yesterday. We caught some big ones,” Tindell added with a smile.

Between crabs, bowfin, and the occasional redfish or errant flounder, there will be plenty of bycatch to keep things interesting for college fishing’s best this week. But make no mistake, this fishery is home to healthy populations of bass, too, and several teams will crack the code by the time the tournament begins.

While they insist practice has been less than stellar, Tindell and Fregia still think it will take somewhere around 15-lbs per day to win this event and believe breaking the 12-pound mark each day will be necessary to make Championship Sunday. Competition begins Friday morning at 6:30am ET and will conclude Sunday September 4th.