WADDINGTON, N.Y. — Chris Johnston will soon return to the site of his historic 2020 victory, but he and the rest of the field will face a different scenario for this year’s Farmers Insurance Bassmaster Elite at St. Lawrence River. 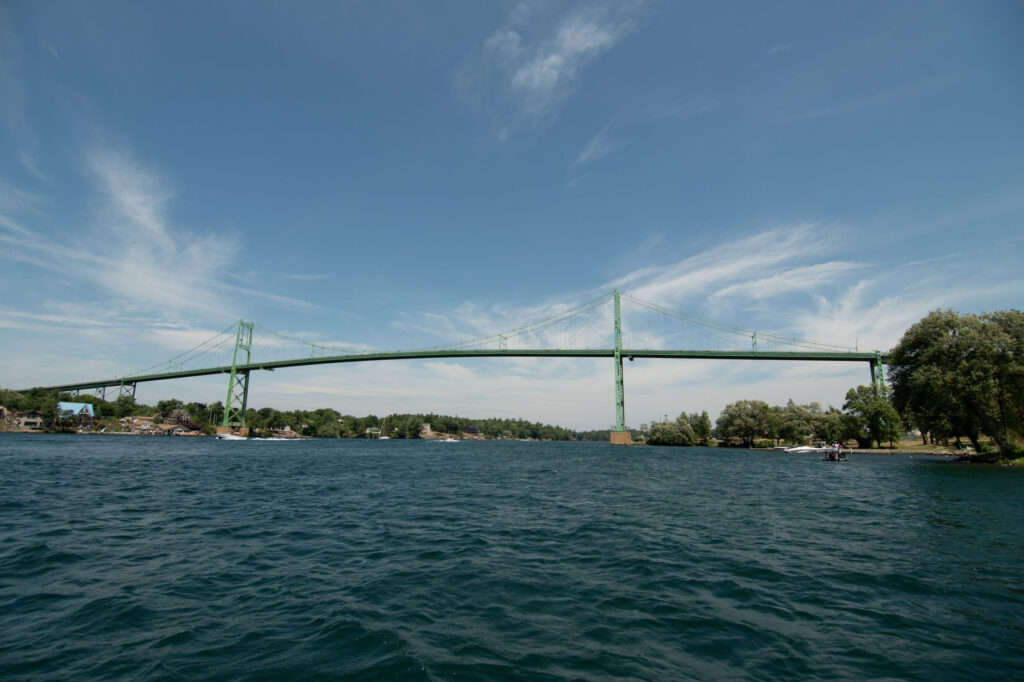 Competition days will be July 15-18 with daily takeoffs from Whittaker Park at 7 a.m. ET and weigh-ins each day at the park at 3 p.m.

Etching his name in the B.A.S.S. record book, Johnston caught a four-day total of 97 pounds, 8 ounces at last year’s event and became the first Canadian to win an Elite trophy. While he’s expecting a productive event, the pro from Peterborough, Ontario, points to a couple of requisite considerations.

“The smallmouth are going to be catchable deep and shallow,” Johnston said two weeks before the tournament’s start. “Our fish only get a short (seasonal) window to feed. They’re spawning right now and when they come off the beds, they’re going to be gorging themselves.

“In the river, fish spawn in up to 20 feet of water and some of those fish never go shallow. Those fish can spawn out in 20 feet and the next day they can be out in 40. Some fish live deep year-round, some live shallow; so this tournament is going to have a lot of options.”

Noting the region experienced a relatively warm spring, Johnston said he expects most bass to be in the postspawn stage. Last year’s event was held a week later, but Johnston believes competitors will find a nearly identical scenario.

Regarding game plans, Johnston said this year’s X factor will be Lake Ontario. Same as 2020, tournament waters include the easternmost Great Lake, but it’s a much farther run this time.

In 2020, anglers launched out of Clayton, N.Y., literally at the river’s mouth. Waddington — the host site for the 2017-19 events — sits about 65 miles upstream, so anglers must carefully weigh their location strategies.

“You’re an hour and a half from the mouth, then it depends on how far you want to go (into Lake Ontario),” Johnston said. “You’ll need to get gas going out and coming back in.

“The big thing about the lake is if you get big winds, it can kill (your productivity). I’ll be surprised if anyone can do it for four days in a row. Someone might get two good days in the lake and then need two in the river, but to put all your eggs in one basket and say you’re going to the lake four days is too much of a gamble.”

With far less running time in 2020, Johnston spent four days on Lake Ontario. He’ll likely spend at least part of this year’s event there because the region’s hydrology creates the potential for better quality fish.

Summarily, Lake Superior drains into Lake Huron via the St. Marys River, with Huron sending its water to Lake Erie via the St. Clair and Detroit Rivers (passing through Lake St. Clair). With Erie draining into Ontario via the Niagara River, a massive volume of water flows to the Atlantic Ocean through the St. Lawrence River.

When Lake Ontario enters the northeast-flowing St. Lawrence, all that lake current becomes constricted and accelerates over its 744-mile course to the Atlantic Ocean. Spending their lives fighting current, river fish burn more calories than lake fish. But while that explains why fish over 4 pounds are more common in Lake Ontario, you still have to make them bite.

“Personally, I think the fish in the lake get less pressure and I think there are some big ones grouped up. But you’re only going to get to fish for three or four hours out there, so you’ve got to be on ’em really good.”

This final 2021 Elite event stands unique from the previous eight in that the winner earns an automatic berth into the 2022 Academy Sports + Outdoors Bassmaster Classic presented by Huk, which is scheduled for March 4-6 on Lake Hartwell. Points earned at the St. Lawrence could help a few anglers qualify for the sport’s grandest event, but as Johnston points out, what’s on the line could influence strategic decisions.

“There will probably be a lot of guys who are outside the Classic (qualification) in Angler of the Year points and this tournament will be their last chance to be in the Classic,” Johnston said. “A lot of those people are probably going to say, ‘There’s so many big fish in the lake, I’m just going to gamble and go for a win.’

“The river’s a safer bet for numbers of fish, but if they get a Top 30 in the river, it’s not going to get them into the Classic.”

Johnston said he expects three daily bags of 19 to 20 pounds to make the Top 10 cut. Considering travel to Lake Ontario will greatly reduce fishing time, he’s looking for a winning four-day total in the mid-80s.

Live coverage for all four days of the event can be streamed on Bassmaster.com and the FOX Sports digital platforms. FS1 will also broadcast live with the tournament leaders beginning at 8 a.m. ET on Saturday and Sunday.

The Bassmaster Elite at St. Lawrence River is being hosted by the Village of Waddington and St. Lawrence County Chamber of Commerce. This tournament is supported by a Market New York grant from I LOVE NY/New York State’s Division of Tourism awarded as part of the Regional Economic Development Council initiative. The tournament and all associated festivities are being planned to ensure the safety of anglers, marshals, staff and fans.