Cullman’s Hopper And Franks Get Redemption In High School Classic 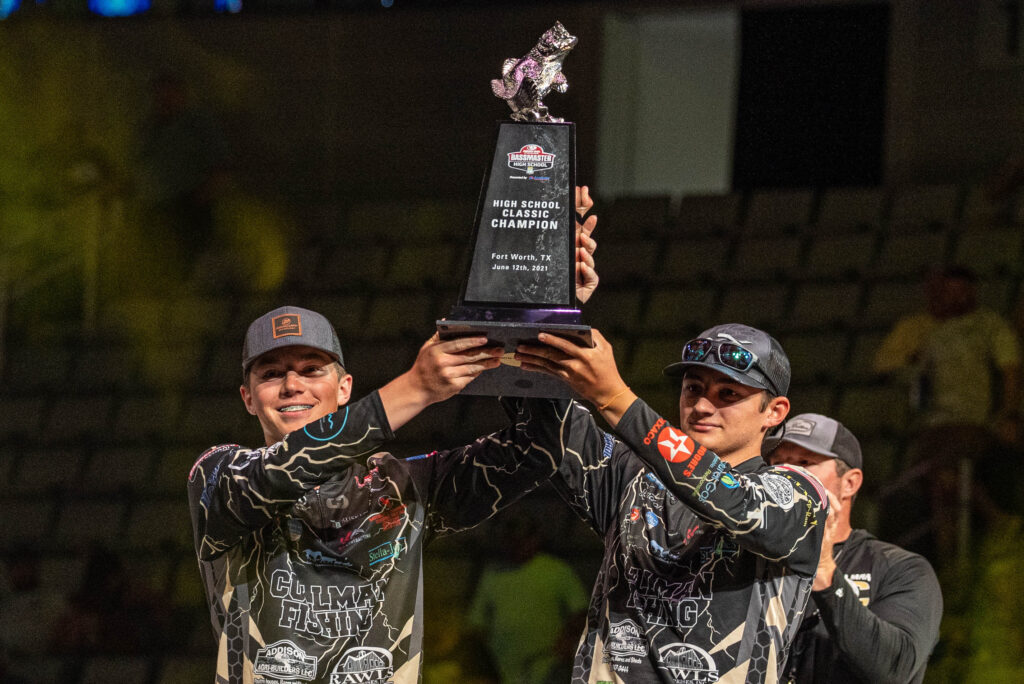 Heading into their junior year, Hopper and Franks edged Madison County High School’s Logan Fisher and Will Hart by 6 ounces. In the event’s nine-boat field, Cullman was one of only two teams to catch a limit.

“We started on the south end of the lake because of the clear water and we found the fish right up on the bank. They were right in the dirt,” Franks said.

The winners started their day on seawalls in about 3 feet of water. Franks threw 3/8-ounce jigs in watermelon and green pumpkin colors with a green pumpkin blue flake Strike King Menace, while Hopper fished a 1/4-ounce watermelon shaky head with a watermelon candy Zoom Needle Worm.

“I was throwing my jig right along the seawalls and dragging it off; they were right there,” Franks said. “We tried to focus on shaded banks. We caught a couple off main river seawalls, but most of them were shaded banks.”

Later in the day, the anglers transitioned to docks, where they caught their fish on the same baits. Franks said they were picky about their dock selection.

“We’d try to find docks in about 6 feet of water, but not floating docks; we’d try to find stationary docks,” he said. “The fish will stack up on the poles and find shade under there. You could skip up under there and catch them.”

Hopper noted that long casts were essential for the morning seawalls, while his afternoon presentations were shorter and more targeted.

“We had one fish and got beat pretty badly last year,” Hopper said. “I knew it was going to change this year.

“We were planning for Lake Grapevine (the original site) and we were going to try deep cranks, but when we heard it was moved to Eagle Mountain, we switched it up and went shallow. Smith Lake, near Cullman, is full of docks, so it was pretty much the same thing.”

Hopper’s father, Jeremy, serves as the team’s boat captain. He said his team focused on the mental toughness necessary to maintain focus in tough conditions.

“I always tell Brody to stay positive,” Jeremy Hopper said. “When it gets hot during the day and your mind wants to wander off from the heat and the exhaustion, I always tell him, ‘Put your head in it, keep it in it and you can do it.’”

In second place, Fisher and Hart caught four fish for 12-11. Chase Hubble and Brent May of Strawberry Crest High School finished third with a limit catch of 10-7.