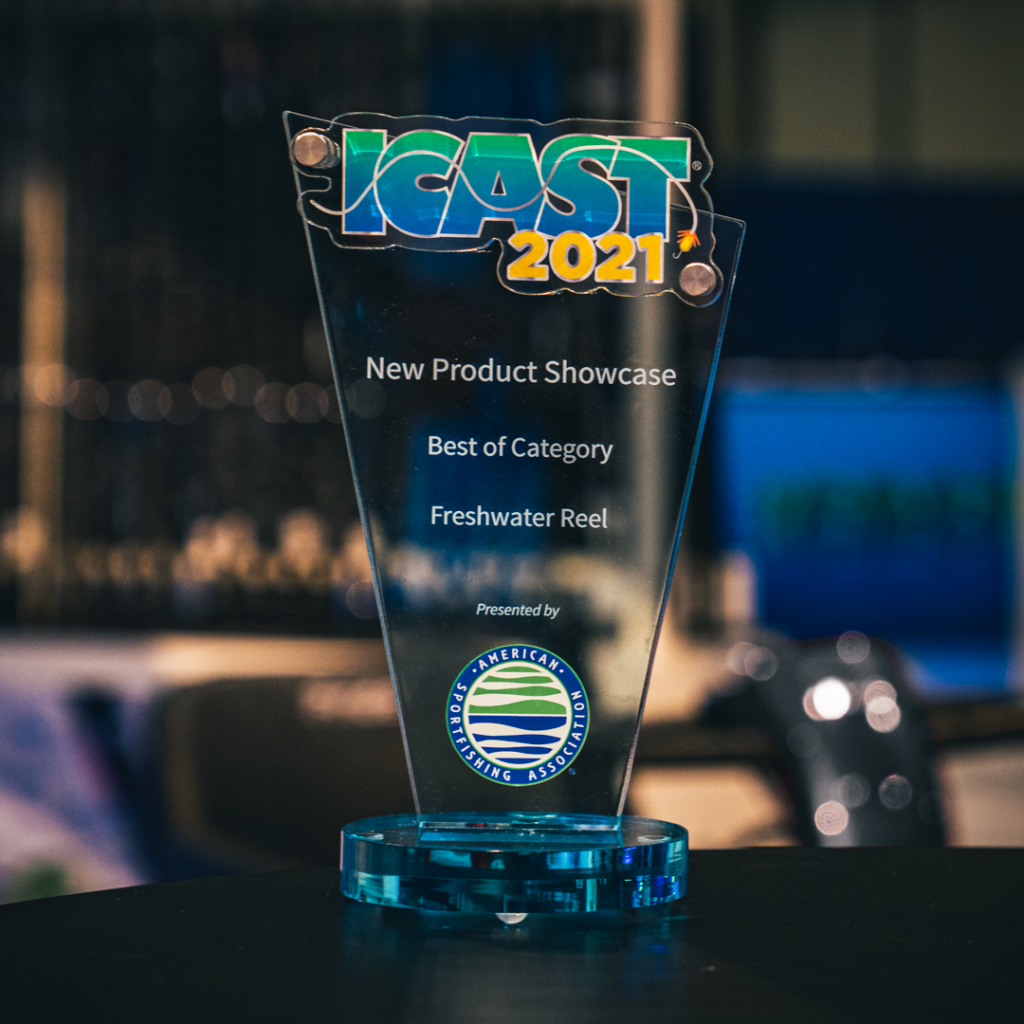 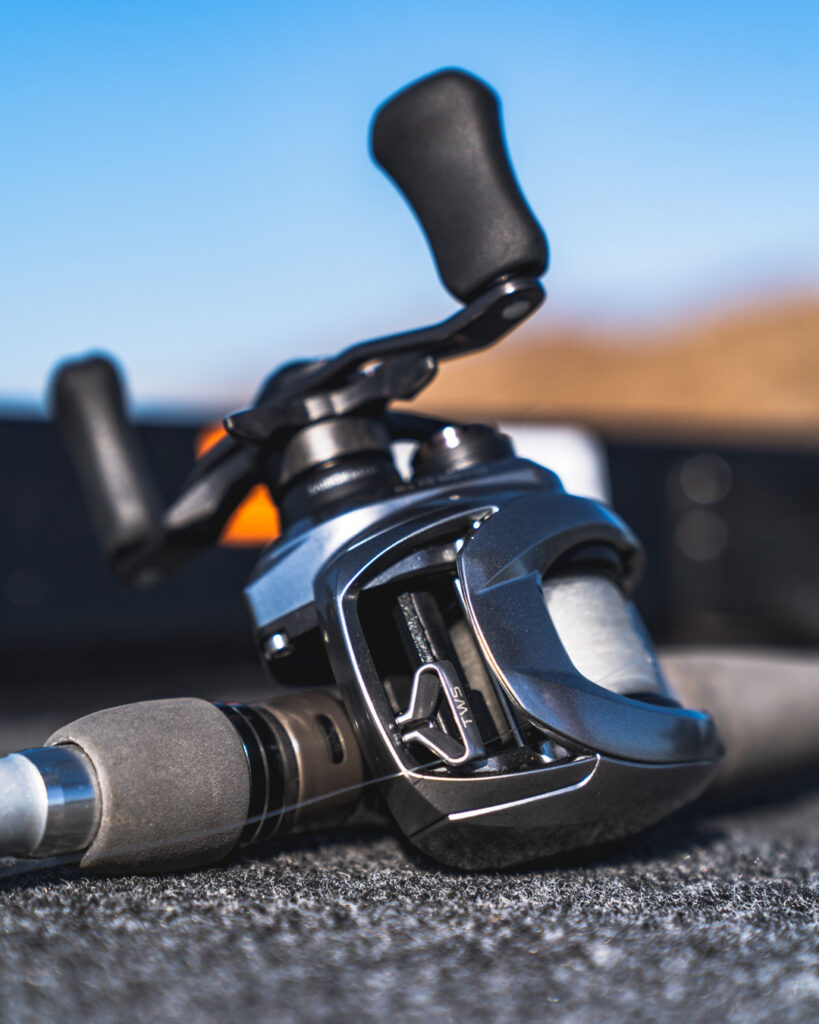 “Zillion has been a really popular name for Daiwa going back through the years,” adds Mills. “But over the past seven or eight years the design has stayed largely the same. This year we’ve really made a lot of changes and technology advancements in the reel—a new shape to the reel, improved palmability, new braking system, new gearing, and so much more. This is a special reel for us. Voters felt the same thing with dealers and media placing the reel in top place when everything was said and done.” 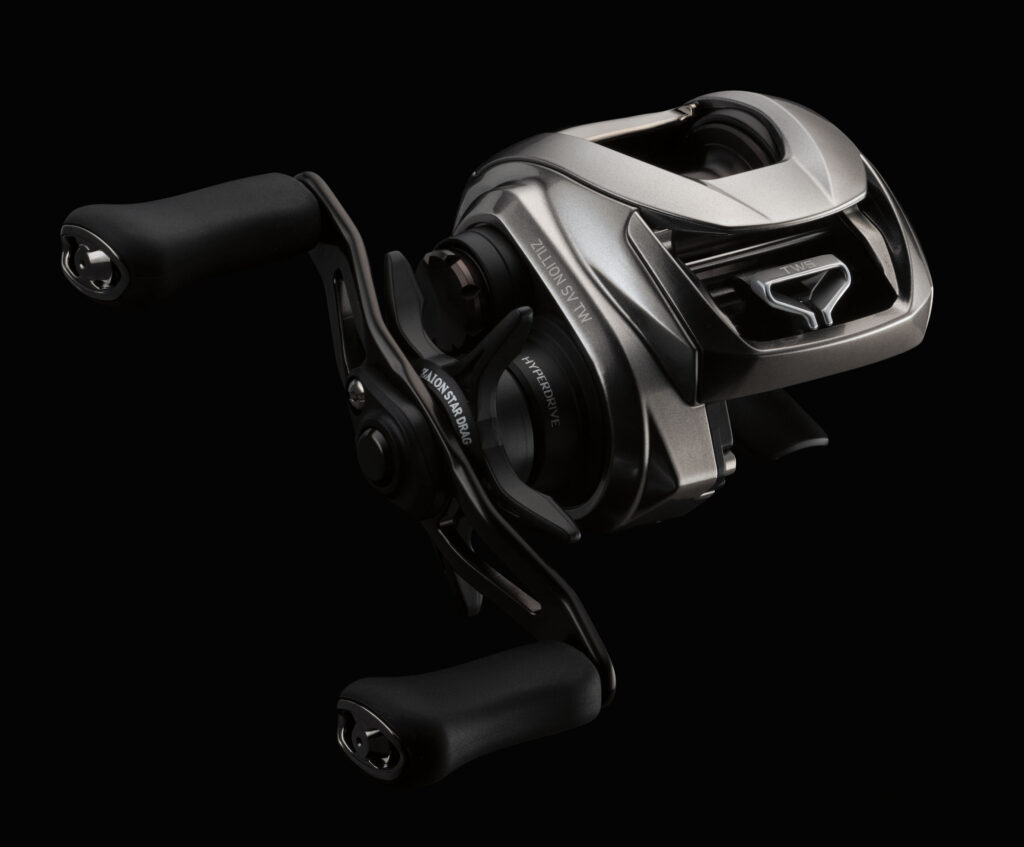 “First off, the Zillion SV TW features a new Hyper Drive gearing system. What we’re using is a different cut, different angle tooth pattern, which allows more metal at one time to touch each gear. This allows us to transfer power and torque more efficiently and the angle and the shape of the gear teeth provides a super smooth rotation. The result is very fluid, and almost feels like there are no gears in the reel. The smoother you can make the rotation, the longer the gears will live and work well with each other. It also helps because with a fluid almost air-like feeling, you feel the lure better and what the fish are doing. It keeps your mind more focused on your lure and fishing,” adds Mills.

It should also be noted that Daiwa is using brass gears in the Zillion SV TW. In the U.S. market, anglers fish bigger lures and catch much bigger bass than those standardly caught in the JDM market, hence the move to brass gearing in the Hyper Drive system, which is harder and more resilient than the aluminum gearing used in JDM versions of the reel.

Besides the Hyper Drive gearing, Daiwa is also proud to introduce a new braking system in the Zillion SV TW called the SV Booster System. “In the past we’ve had our standard SV system—the one we have in Tatula—which is a one-step braking system, where it will really help you cast smaller and larger baits with less backlashes (and has been extremely successful and popular). The SV Booster System is a two-stage braking system that gives anglers control and stress-free casts without backlashes, but also provides 10% to 15% more distance in your casts. To help with that we’ve added our G1 aluminum spool, a much thinner, lighter spool that really reduces spool inertial allowing better casting of lighter lures,” says Mills.

He adds: “We also have our T-Wing system, G1 aluminum spool, the SV Booster System, and our Zero Adjust. It gives us complete braking technology system unlike anything on the market. There are so many layers working together that make it a special low-profile baitcaster truly unlike anything anglers have fished.”

The reel was also designed for the utmost in palmability. The Magforce dial is located under the reel so you don’t feel it touching the palm of your hand. There’s also a large hood above the T-Wing System, which allows your thumb to rest comfortably on the reel. And on the handle side of the reel, Daiwa went to a 90 mm handle throw and larger handle knobs. And in terms of overall weight, all Zillions come in at a light and comfortable weight of 6.7 ounces.

For freshwater anglers seeking their next premium, precision baitcasting reel, look no further than the Zillion SV TW, a reel engineered with advanced technology and constructed of the finest and most durable materials available.

For Daiwa’s latest color catalog and/or information on Daiwa dealers in your area, call Daiwa’s Customer Service Department at 562-375-6800 or e-mail inquiries to: CSR@Daiwa.com. The URL for Daiwa’s web site is www.daiwa.us.

Daiwa’s first spinning reel rolled off the assembly line in 1955. Since then, the company has grown into one of the largest and most influential tackle companies in the world today. To handle sales and distribution in the United States, Daiwa Corporation first opened its doors on September 26, 1966, operating from a small facility in Culver City, California. Today, based in Cypress, California, Daiwa Corporation sells tackle throughout the United States, Canada, Central and South America. From the very beginning, Daiwa’s emphasis has been upon innovation and quality. The result is a long list of product features, design and materials that have become standards for the fishing tackle industry. Daiwa’s long-standing record of innovation has left a visible mark on the majority of tackle manufactured today and continues to advance the sport of fishing. Learn more at daiwa.com/us.