Sometimes cousins are more like brothers. That’s certainly the case with Bassmaster Elite Series pro Darold Gleason and his younger cousin Jared Burns, and a nearly 30-year old Tiny Torpedo topwater lure on the dashboard of Gleason’s Toyota Tundra serves as a daily reminder of that bond. 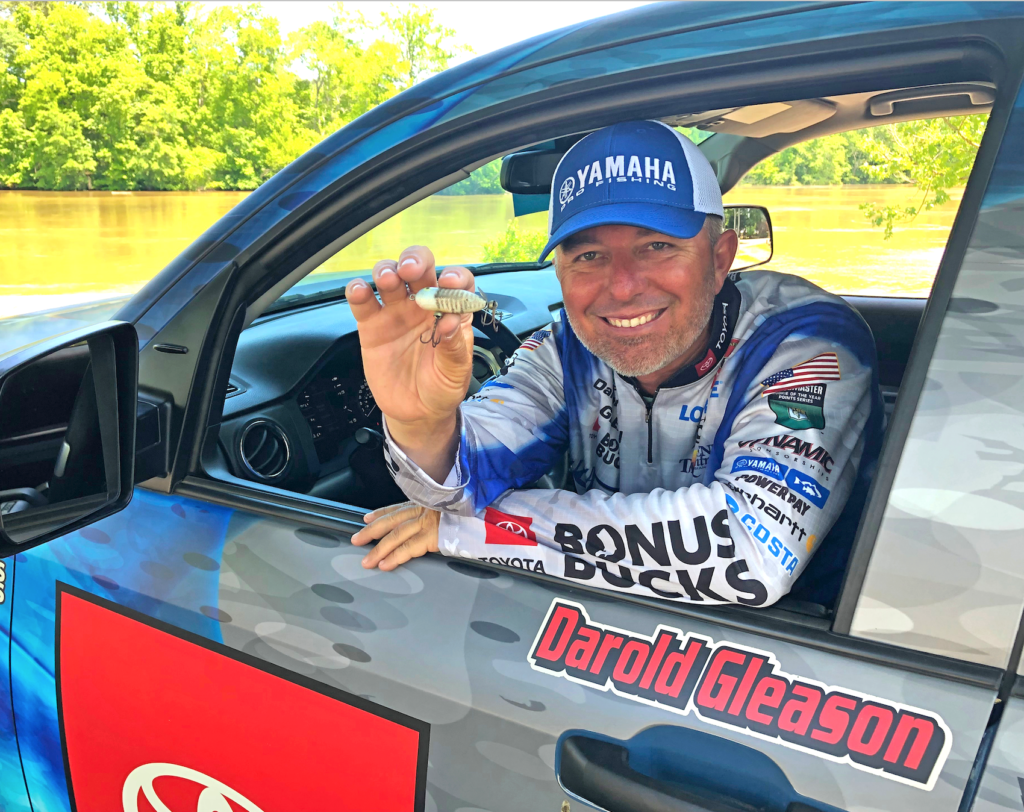 “I grew up mostly fishing in ponds, and this Tiny Torpedo was one of the first artificial lures I ever used as a teenager,” remembers Gleason, winner of the 2019 Central Open on Toledo Bend. “Jared is six years younger than me, so as I got older and started fishing from a bass boat, I gave him this exact Tiny Torpedo to use in his pond fishing.”

The iconic topwater found its way full circle back to Gleason several years later in 2015 when he qualified for BASSfest on Kentucky Lake, nine hours northeast of he and Burns’ homeland near Toledo Bend.

“That tournament was a turning point in my life and fishing career, because it was really the first true pro event I ever qualified for. Jared obviously realized the significance of it because he executed a friendly little sneak attack and taped this Tiny Torpedo and a heartfelt ‘good luck’ note on my truck right before I left,” Gleason remembers fondly.

The good luck Tiny Torpedo brought good vibes in the form of 61-pounds of Kentucky Lake largemouth Gleason caught on a football jig and deep diving crankbait. The quality-sized bass he likes to call “Ocean Ponies” lead to a 14th place finish and a check for $11,000 in his pro debut.

The Torpedo has been on his Tundra’s dash for six years since that pivotal early summer event on Kentucky Lake, and Gleason now in his rookie season the Bassmaster Elite Series, finds himself glancing at the sacred lure often amid the 30,000 miles he and bride Randi travel annually.

“The toughest part of life as a pro angler is time away from home and the people you love. Little tokens like this make you feel a little better connected to them while you’re away. And the fact Jared always cheers me on so faithfully is pretty dang special – just like this 30-year-old topwater of he and I’s,” concluded Gleason.