Disappears into the Water Column

Cypress, CA (July 9, 2021) – Monofilament is dead. The original nylon based, single thread fishing line was standard issue for decades…was. But a revolution started in saltwater with the introduction of fluorocarbon. It was narrower diameter, didn’t stretch or float, resisted abrasion, better transmitted strikes, reduced line memory, cast further, and most importantly, was less visible to fish. Freshwater anglers now embrace its performance, too. 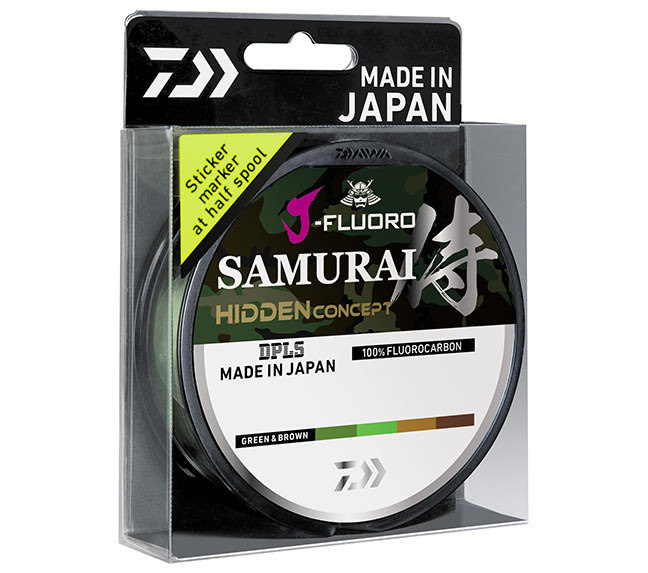 Even though conventional fluorocarbon line reduces refraction, say compared to old school monofilament, light is still able to travel down the filament, causing a degree of illumination. Not so with Samurai J-Fluoro Hidden Concept. The ingeniously cultivated line is constructed with technologically advanced color blending, with a repeating sequence of four shades of brown and green. The stealth coloration negates refraction and light traveling through the line, while fading into the background.

Whereas traditional clear fluorocarbon gets high-marks for its performance in clear water, Samurai J-Fluro Hidden Concept takes the lead in all other water conditions. And, honestly, how often do you fish in oxygen clear water? Most bodies of water, including coastal regions, present some degree of coloration. Tints range from murky backwaters to brackish stain to just minimally tinted water. In all instances, Samurai J-Fluro Hidden Concept excels, the breakup of green and brown shades camouflaging the line. 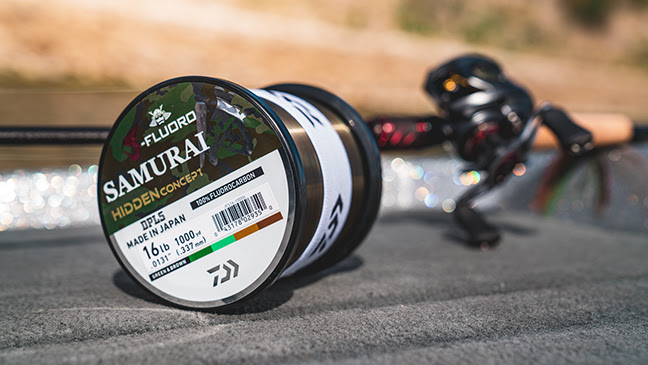 There’s another benefit, too. Underwater environments aren’t linear, either, meaning nothing in a fish’s natural world starts at the surface and travels to the bottom on a straight line. Samurai J-Fluoro Hidden Concept’s breakup pattern doesn’t stick out like a sore thumb, but rather blends seamlessly by breaking up against waterscapes.

It’s said that “a system is only as good as the weakest link.” Don’t let your fishing line be that weak link. Daiwa’s Samurai J-Fluoro stands to be the strongest link in your system, as well as the stealthiest. 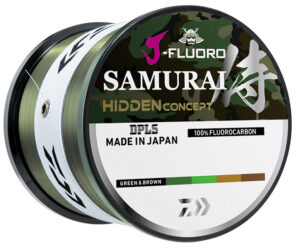 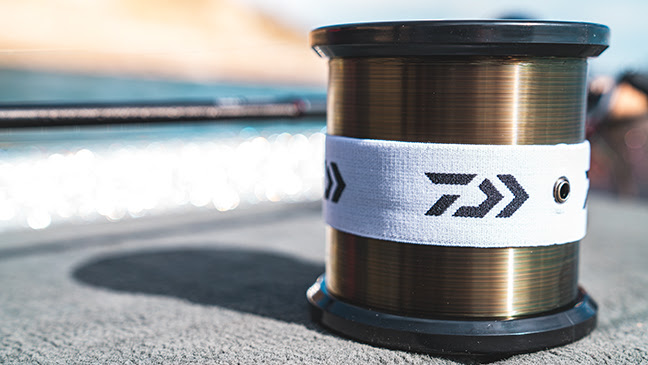