When I called Cameron Smith and Cole Breeden to congratulate them on winning the MLF Abu Garcia College Fishing National Championship a few days after their victory on Grand Lake, the two Drury University anglers were already rolling down the highway to Kentucky Lake to fish another college tournament. 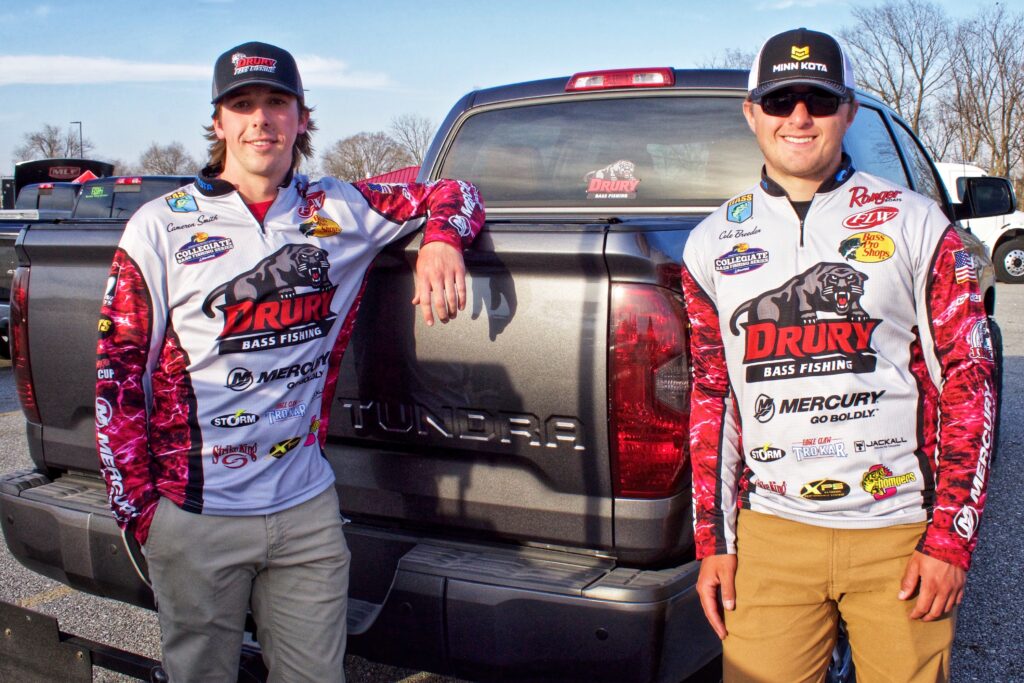 Smith, a senior at Drury gradating with a Biology degree and Breeden, a junior studying Marketing were humble, appreciative, and grateful for the whirlwind of a week they experienced at Grand Lake and in the days that followed their big win.

On top of all that they won an extra $500 for themselves, as well as a matching amount for the Drury University Fishing Team, for being the highest finishing Toyota Bonus Bucks College Series contenders. Smith estimates he and Breeden have put over 25,000 miles on his Tundra towing to college tournaments over the years.

“Having a truck you can trust really makes a huge difference for guys like us who try to fish as many tournaments as possible,” Smith and Breeden said. “I bet we’ve put over 25,000 miles on that truck towing to college tournaments through the years. It’s been a workhorse.”

The College Series segment of the Bonus Bucks program is available to any college anglers who tow their boat with a Toyota tow vehicle. Even better, there are no year restrictions for the College Series. Whether it’s a 2018 like the Tundra Smith and Breeden were rolling in, or it’s a 2007 Tacoma with a few hundred thousand miles on the odometer, they all qualify.

Breeden and Smith are still riding the wave of emotions after becoming college fishing National Champions, but it was easy to see the “big picture” was not lost on these young men. 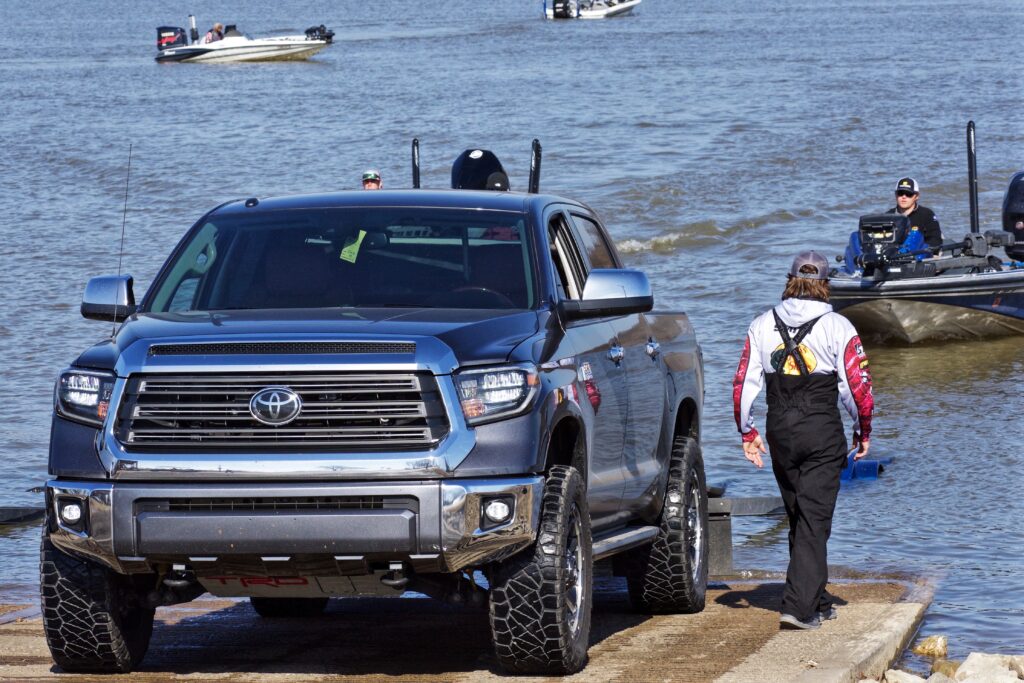 “We’re just super grateful honestly,” Breeden said. “Grateful for the school, for our fishing club, for our club sponsors, and for our Coach Rick Emmitt. They’ve all supported us so much… it’s been humbling.”

“College fishing has more or less been my life the last 3+ years,” Smith added. “It went super fast but has accounted for some of my favorite college memories. I wouldn’t trade them for the world. Like Cameron said, we’re just super thankful.”

If you fish in college and tow your boat with a Toyota you need to head to https://www.toyotatrucksbonusbucks.com/college and get signed up for free ASAP.

Payouts are available for Major League Fishing Abu Garcia College Fishing events, the Carhartt Bassmaster College Series, or Collegiate Bass Fishing Series tournaments. You don’t need to win a tournament to be eligible for the contingency money; you just have to finish higher than other program participants. Click the link above for more info or give us a call at (918) 742-6424.