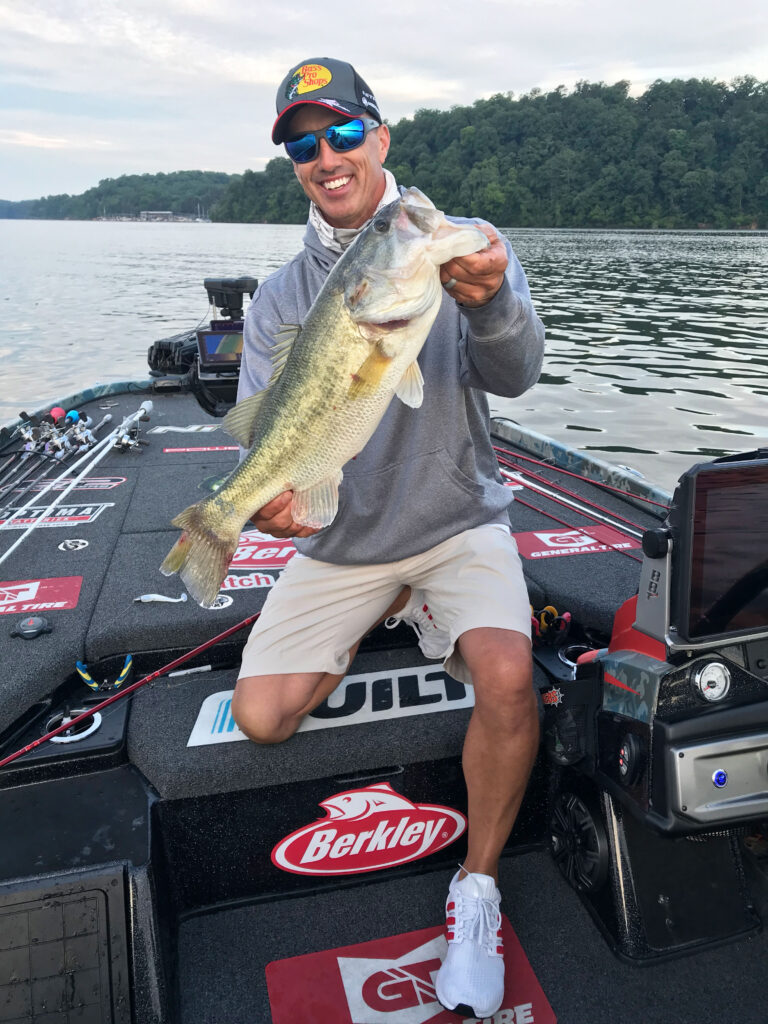 The 40 anglers in Group B will have the day off on Sunday, while the 40 anglers in Group A will complete their two-day Qualifying Round of competition. Group B will conclude their Qualifying Round on Monday. The six-day event, hosted by Fish Dayton and the Rhea Economic & Tourism Council, features 80 of the top professional anglers from around the world competing for a purse of $805,000, including a top cash prize of $100,000 to the winner.

“Man, what a day. I just love offshore fishing,” said Evers, who finished in seventh place when the Bass Pro Tour last visited Lake Chickamauga in 2019. “I just kept bouncing around and covering water. We worked hard, today, and it worked out good. I’m not married to one particular spot. I feel like there are fish everywhere and they are constantly moving, so you just have to keep moving around until you find a school that’s active.”

Evers caught all of his bass offshore, between 14 and 20 feet of water. He credited his Lowrance electronics as being the key to his success, and said he caught his fish on two baits.

“The two main baits for me today were a (Berkley) Dredger 20.5 crankbait – I threw it on a 7-foot, 6-inc Bass Pro Shops Mag-Heavy Cranking rod with a 6:8:1 (Bass Pro Shops Johnny Morris) Platinum (Signature) reel with 12-pound Bass Pro fluorocarbon line and just really blistered them on that,” Evers said. “A lot of fish this morning came on a 7-inch (Berkley PowerBait) MaxScent Hit Worm. I fished it on a Profound Outdoors Stand Up head, on a 7-foot, 3-inch, heavy-action (Bass Pro Shops Johnny Morris) CarbonLite rod with a high-speed reel.

“I’m super excited about my start today. I just need to do it one more day, catch all that I can catch and put them on that SCORETRACKER. I’m looking forward to getting back out here on Monday,” Evers went on to say.

Also having a great day on the water Saturday was bass-fishing superstar Kevin VanDam, who had his best day of the season so far weighing in 56 pounds, 11 ounces to end the day in second place.

“For the kind of year that I’ve had up to now, it was a pretty solid day,” VanDam said. “I’ve had some really close calls this season – I’ve missed two cuts that I should have been in. This sport is all about decision-making, so it feels good to have a good start to this one. I’m going to try to not blow this opportunity.

“This tournament is setting up to be an incredible event. I think it’s going to be a really, really fun week. If you’re a fan of professional bass fishing, you’re going to see some fireworks at Lake Chickamauga this week. These fish are just coming out to the right areas, and it’s going to be a shootout come Championship Wednesday. I just hope I can make it there, because if I do, I will have a good chance,” VanDam said.

The top 20 pros in Group B after Day 1 on Lake Chickamauga are:

The 40 Anglers in Group A compete in their two-day qualifying round on Lake Chickamauga on Friday and Sunday – the 40 anglers in Group B on Saturday and Monday. After each two-day qualifying round is complete, the anglers that finish in 2nd through 20th place from both groups advance to Tuesday’s Knockout Round, while the winner of each group advances directly to Wednesday’s Championship Round. In the Knockout Round, weights are zeroed and the remaining 38 anglers compete to finish in the top 8 to advance to the Championship Round. In the final day Championship Round, weights are zeroed and the highest one-day total wins the top prize of $100,000.

Anglers will take off from the Dayton Boat Dock, located at 175 Lakeshore St., in Dayton, at 6:30 a.m. ET each day of competition. Each day’s General Tire Takeout will also be held at the Dayton Boat Dock, beginning at 3:30 p.m. Fans are welcome to attend all takeoff and takeout ceremonies and also encouraged to follow the event online throughout the day on the MLF NOW!® live stream and SCORETRACKER® coverage at MajorLeagueFishing.com.

Television coverage of the B&W Trailer Hitches Stage Four Presented by Wrangler at Lake Chickamauga will be showcased across two two-hour episodes, premiering at 7 a.m. ET, Oct. 9 on the Discovery Channel. New MLF episodes premiere each Saturday morning on the Discovery Channel, with additional re-airings on the Outdoor Channel and the Sportsman Channel. Each two-hour long reality-based episode goes in-depth to break down each day of competition.