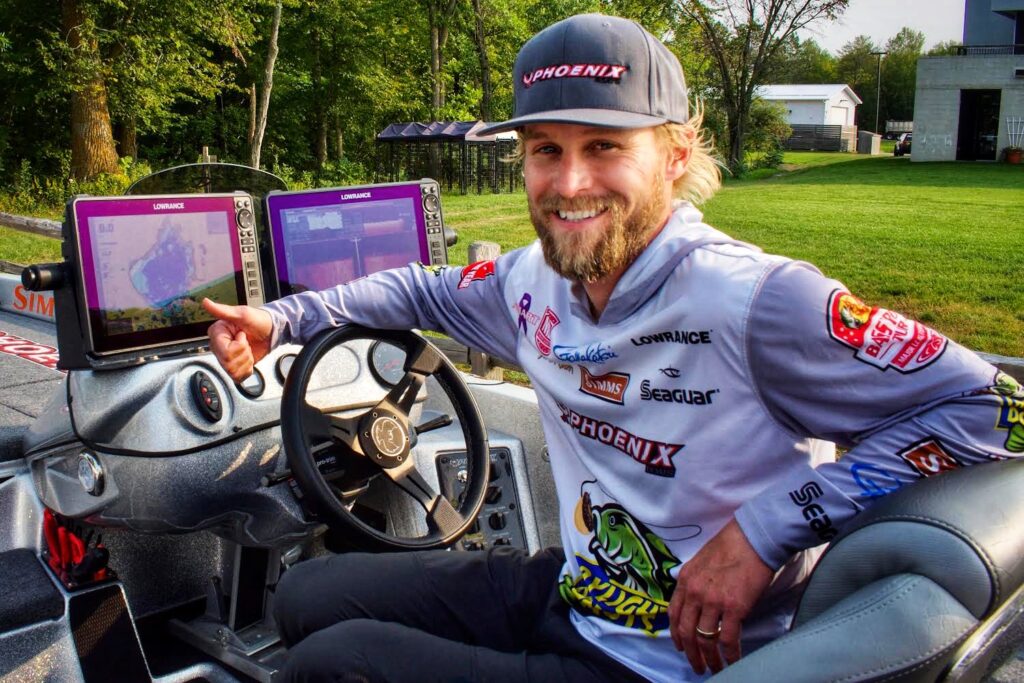 Based off his performances on Mille Lacs, you might think Elam must be a local or at the very least spends a lot of time in the off-season on this fishery, but you’d be wrong. Elam is a northeast Oklahoma native where anglers are known for their shallow-water spinnerbait prowess more than their northern smallmouth expertise and has never been to Mille Lacs outside of competition.

But sometimes a lake or style of fishing just click with certain anglers, and that’s certainly the case with Elam’s knack for Mille Lacs.

“Even though I’m an Okie I have always enjoyed fishing clearer water and offshore,” Elam said. “I can hold my own beating the bank, but I tend to do better in offshore dominated tournaments. I have put a lot of time in with my Lowrance electronics and simply have learned to trust what they show me. My main spot I’m catching my fish from this week is an area I’ve fished all three times we’ve come here, and I directly credit finding that spot to my electronics.”

Elam used a couple different crankbaits to capitalize on a bite window that seemed to close around 9:30 a.m. throughout Stage Seven, but for those first two hours of the day he absolutely lit up the SCORETRACKER. He did his best to try and move with the group of fish after the morning action slowed, but it wasn’t easy due to the nomadic nature of the fish he targeted.

Known for being meticulous with tackle preparation and details, Elam said using 10 to 12-lb Seaguar InvisX and swapping out some of the stock hardware was key to his success with a crankbait last week.

“I actually straightened out a stock split ring on the crankbait I was throwing during practice,” Elam admitted. “So, I swapped every single one out with Gamakatsu Superline Split Rings, number 2s and number 3s. Then I changed the hooks to the No. 2 Aaron Martens TGW G-Finesse MH wire hooks. Those changes were critical for the fish I caught, as they really were just slapping at the bait for the most part. I landed way more than I probably should have.”

Elam said even though it’s a 13-hour trek from his driveway, he really does feel at home on Mille Lacs, at least in the late summer and fall. This is a great example of the incredible versatility in terms of angling ability, and strange existence regarding traveling across the country professional bass anglers live. For these guys, home is truly where you make it.

On top of his fifth-place finish, Elam won an extra $3,000 through Toyota Bonus Bucks due to being the highest finishing angler driving an eligible tow-vehicle in the Championship Round. If you want to reap the rewards of Bonus Bucks, you don’t have to be a touring professional like James Elam.

The popular contingency program supports hundreds of tournaments from Team Trails, BFLs, college fishing, and more. For a full list of eligible events or a program overview, head to https://www.toyotatrucksbonusbucks.com/ or send an email to bonusbucks@dynamicsponsorships.com .