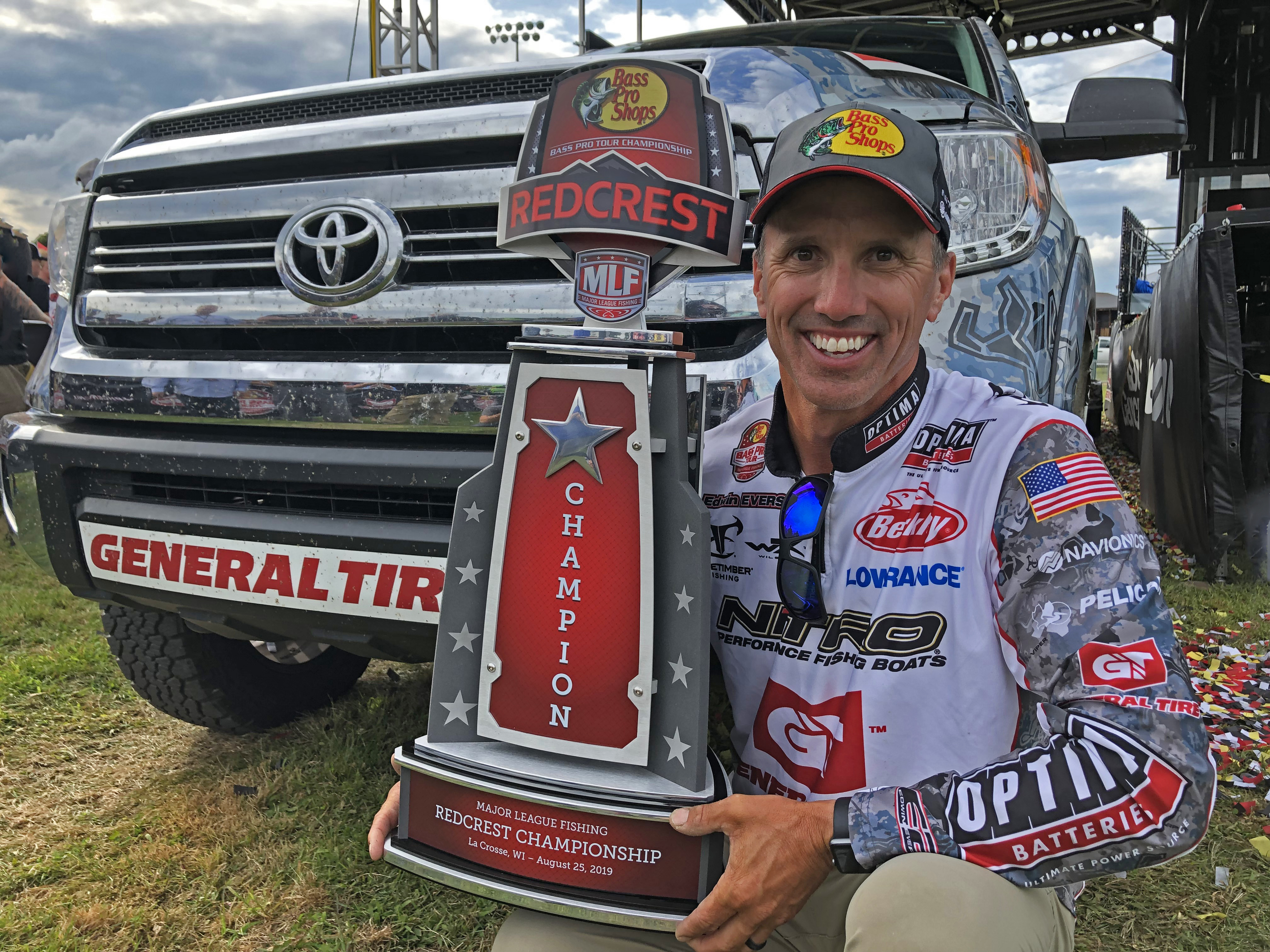 Longtime Toyota owner and Bonus Bucks member, Edwin Evers was once a college football defensive back, and the 63 bass catch fest he brought to the MLF Redcrest Championship Sunday was an all-out blitz that netted not only a $300,000 first place prize, but also $7,500 in Toyota Bonus Bucks.

The numbers on the paychecks are solidly quantified, but Evers has actually lost count of the number of Toyota Tundras he’s purchased over the years. Comically, he’s pretty certain he’s bought five, but he says it might be six.

Whatever the case, aside from all the Bonus Bucks money he’s won over the years, he’s also grateful for the horsepower, safety, and stopping power his Tundras provide.

“What I love most about a Toyota Tundra is what I call “the go and the stop” – that 381- horsepower engine has a ton of towing power, but a Tundra also has huge oversized brakes to stop 4,000 pounds of boat and motor, plus no tellin’ how much weight in fishing tackle and other equipment I’m carrying,” says Evers.

“Everybody thinks about towing power when they’re buying a truck, but you really need to think about whether the truck you’re buying has the braking system necessary to stop what you’re towing in a safe way,” advises Evers.

The clinic Evers put on with a Chatterbait on the Upper Mississippi was strong enough to wear out a portable scale. But you don’t have to be a Major League Fishing champion, or catch 63 bass in one day to cash in on Toyota Bonus Bucks.

You just have to own or lease a 2015 or newer Toyota Truck, sign up free for Bonus Bucks, and be the highest finishing registered participant in one of the dozens of tournaments supported by the Program.

To learn more, please visit www.toyotafishing.com, or call (918) 742-6424 and ask for Kendell or Chip and they will help you get signed-up.