BIRMINGHAM, Ala. — After a record-breaking 2022 Elite Series season that awarded eight Century Belts, crowned four first-time champions and garnered over 18.5 million views on FOX and the FOX Sports channels, B.A.S.S. announced the new expanded field for the 2023 Elite Series. 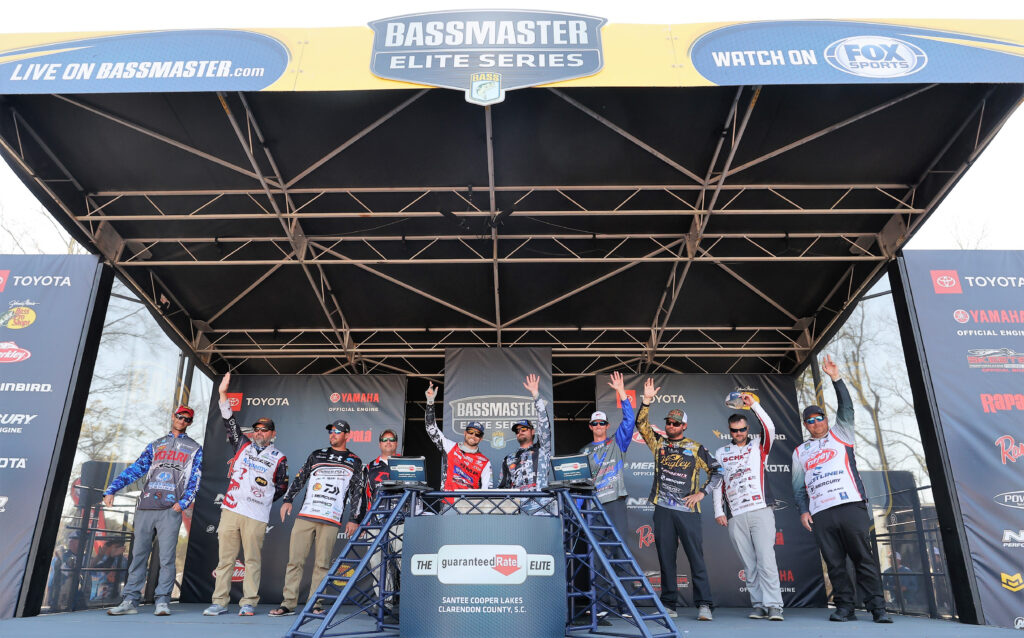 Next year, 104 anglers will compete for an Elite Series purse of over $6.9 million. Joining the ranks of the most prominent circuit in sportfishing are 12 qualifiers from the hotly contested St. Croix Bassmaster Opens presented by Mossy Oak Fishing, the TNT Fireworks B.A.S.S. Nation champion and legendary Bassmaster Classic champion and two-time Angler of the Year Larry Nixon.

“I can’t wait for the 2023 season to start and think the schedule sets up really well for big catches, big drama and big excitement,” said the Elite Series Tournament Director Lisa Talmadge. “The Elite Series field is absolutely stacked, and fans are going to love following their favorite anglers as well as meeting this talented crop of rookies. And the new guys in the field have such broad appeal to those who love bass fishing, from a true icon of the sport in former Classic and AOY champion Larry Nixon to Cole Sands, who won a College Series National Championship just two years ago.”

With the exception of four anglers who retired, the entire 2022 Elite roster is returning next year. This list of returning anglers includes 2022 Bassmaster Classic champion Jason Christie of Park Hill, Okla., who also claimed a blue trophy on Chickamauga Lake last season. Idaho pro Brandon Palaniuk took Progressive Insurance Bassmaster Angler of the Year honors — his second time to earn the coveted title — while Jay Przekurat of Stevens Point, Wis., earned a Century Belt with all smallmouth — a feat never before accomplished — to claim a victory on the St. Lawrence River en route to winning Falcon Rods Rookie of the Year.

They will be joined by an accomplished rookie class that includes two international anglers — Kyoya Fujita of Japan and Cooper Gallant of Canada — who earned their spots via the Northern and Southern Opens respectively. Also earning a spot in the Elites via the Northern Opens is Alex Wetherell of Middletown, Conn., who won the 2010 Junior Bassmaster World Championship. Bryant Smith of Roseville, Calif., and Joey Cifuentes III of Clinton, Ark., both qualified through the Southern Opens. Kyle Norsetter of Cottage Grove, Wis., and Logan Latuso of Gonzales, La., who has twice been one spot away from realizing his Elite dream, secured their berths via the Central Opens. David Gaston of Sylacauga, Ala., Sands of Calhoun, Tenn., and two-time NPFL tour winner John Soukup of Sapulpa, Okla., qualified via the overall points standings.

Will Davis Jr. of Sylacauga, Ala., won last week’s TNT Fireworks B.A.S.S. Nation Championship on Pickwick Lake and has also been extended an Elite Series invitation. Part of his “Nation’s Best” prize package includes the use of a fully rigged boat and $16,000 toward his entry fees.

Along with Nixon, who is joining the field via a Legends exemption, there are also two former Elite Series anglers who requalified for the tour through the Opens Series points standings.

Keith Poche of Pike Road, Ala., won the Bassmaster Opens Angler of the Year title to earn his invitation to rejoin the Elites. He’ll be joined by Central Opens points standings winner Bradley Hallman of Edmond, Okla., who found success with FLW after leaving the Elite Series in 2011.

The 2023 Elite Series season kicks off on Florida’s Lake Okeechobee Feb. 16. From there the tournament trail will wind through seven states as anglers battle each other — and big bass — for cash and prizes and attempt to qualify for the 2024 Academy Sports + Outdoors Bassmaster Classic.

Each tournament will begin with the full field of anglers on Days 1 and 2 before the field is cut to 50 for the semifinal round on Day 3. Only the Top 10 remaining anglers will fish the final day of each event with a $100,000 first-place prize on the line.