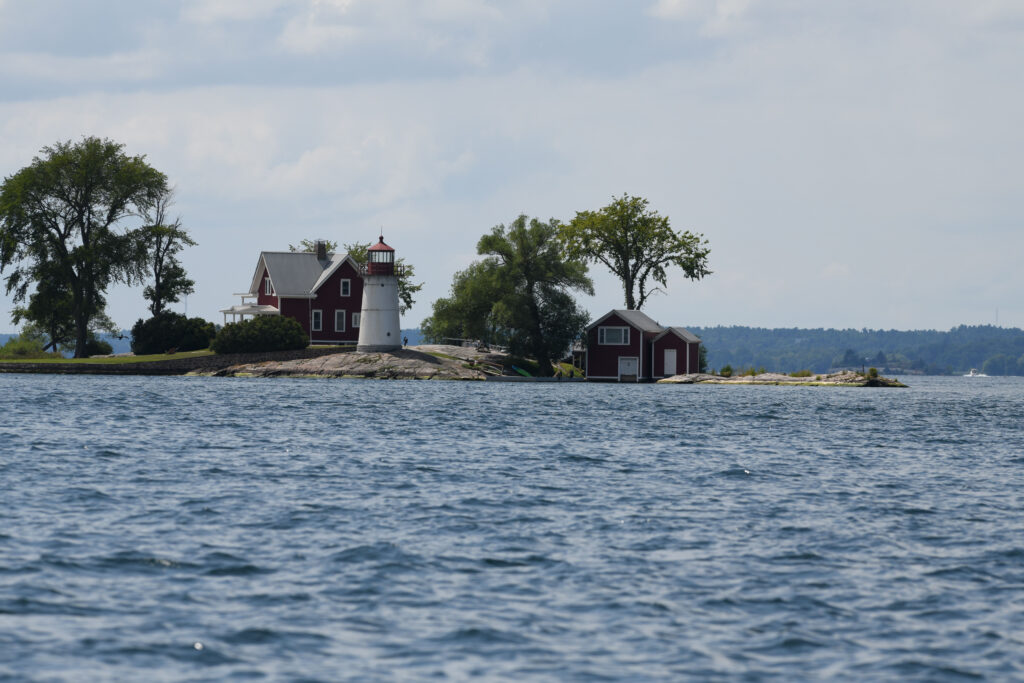 Competition days will be Sept. 9-11 with daily takeoffs from the Antique Boat Museum at 6:30 a.m. ET and weigh-ins each day at the museum at 2:30 p.m.

Following the Farmers Insurance Bassmaster Elite at the St. Lawrence River (July 15-18) by nearly two months, the Northern Open’s tournament boundaries will include the St. Lawrence River and its tributaries, as well as Lake Ontario. While Canadian waters were still closed during the Elite, the Aug. 9 reopening now puts both sides of the river and lake in play.

This will clearly increase the fishable waters, but as Michigan Elite angler Garrett Paquette said, an early taste of fall has cracked the whip on local smallmouth.

“Up north, that first week of September, maybe the last week of August, you start to get that fall feel,” Paquette said. “That north wind starts to blow, temperatures start dropping and that is exactly what is happening in this area. Daytime highs are in the low to mid-70s and overnight lows are in the upper 50s.”

Paquette further notes that this early fall transition will likely play a significant role in fish location and concentration.

“Smallmouth bass move fast (this time of year) because they know ice is coming,” he said. “Once they feel that temperature start to drop, those big summer groups will start to break apart.

“That’s not to say that there won’t be any grouped up, but the fish will start to disperse. Instead of doing maybe one or two things, they’ll do multiple things. You can catch them from 6 inches of water out to 60 feet of water. It’s a matter of finding somewhere the fish are coming into and not leaving.”

Look for smallmouth anglers to target the usual mix of deep rocky humps, deep points, current seams and isolated boulders. In the shallower areas, rock reefs and blended bottom where sand and rock or sand and grass meet are the prime targets.

In the lake, anglers can usually hover around key areas with trolling motors, as long as the wind and waves remain light to moderate. In the river, swift current typically requires a controlled drift. In either area, the standard smallmouth arsenal will include drop shots, Ned rigs, tubes, jerkbaits and Marabou jigs.

As for the decision to fish the river or the lake, anglers typically start with the weather forecast. Big winds can whip Lake Ontario into a white-capped frenzy that challenges positioning and presentations. The river can also see rough water — along with serious wakes from massive cargo ships — but the area’s many islands create a lot of leeward options.

The tradeoff for braving Lake Ontario’s big waters is a higher quality of fish. The St. Lawrence will no doubt produce plenty of competitive fish and it’s not inconceivable that the winner never fishes west of Cape Vincent (river mouth, U.S. side). However, with far less current than the river, Lake Ontario’s fish burn fewer calories and grow heavier.

“What’s cool about Lake Ontario is there’s so much (habitat) out there and there are so many unpressured fish that a guy can find a spot (with a large group of fish),” Paquette said. “But I think you could see a lot of people go out there and find that their fish are gone. So being able to relocate them each day is going to be key.”

Worth a mention, the St. Lawrence River holds a respectable population of largemouth bass, including some in the 6- to 7-pound range. Mississippi’s Brock Mosley finished third at last year’s Elite event by targeting largemouth along the Clayton waterfront.

Mosley caught his fish on a Z-Man ChatterBait JackHammer. Bladed jigs should work for the fall largemouth — especially if cloudy skies prevail — along with frogs and shallow-water flipping.

Paquette acknowledges this potential, but particularly for a fall event, he sees largemouth delivering less impact. “I think if a guy wants to be consistent and make a check, largemouth could be a player, but to make the Top 10 and be in contention for the win, you’re going to need smallmouth.”

Despite the seasonal challenges, Paquette’s looking for good numbers of big fish. Weather dependent, he predicts 20 pounds a day will make the Top 10, with 25 to 26 pounds a day winning the trophy.

Currently, Brandon Palaniuk of Rathdrum, Idaho, Mike Iaconelli of Pittsgrove, N.J., Hugh Cosculluela of The Woodlands, Texas, and Alex Redwine of Blue Ash, Ohio, sit atop of the Northern Division points standings while Jacob Powroznik of North Prince George, Va., is leading the Falcon Rods Opens Angler of the Year race. Palaniuk will not be competing at the final event.

The full field will compete the first two days before the boater side is cut to the Top 10 anglers for Championship Saturday. The co-angler champion will be crowned after the Day 2 weigh-in. Coverage of the event will be available at Bassmaster.com. FS1 and the FOX Sports digital platforms will also carry live coverage Saturday beginning at 8 a.m. ET.

1000 Islands Clayton Chamber of Commerce and the Antique Boat Museum are hosting the event.