Feider’s 9-pounder at Lake Fork Wins Him a Tundra

Seth Feider paced the front deck for nearly four days at Toyota Bassmaster Texas Fest wondering if the 9-pound 9-ounce bass he caught on Day 1 of the tournament would be large enough to win him a brand-new Toyota Tundra. 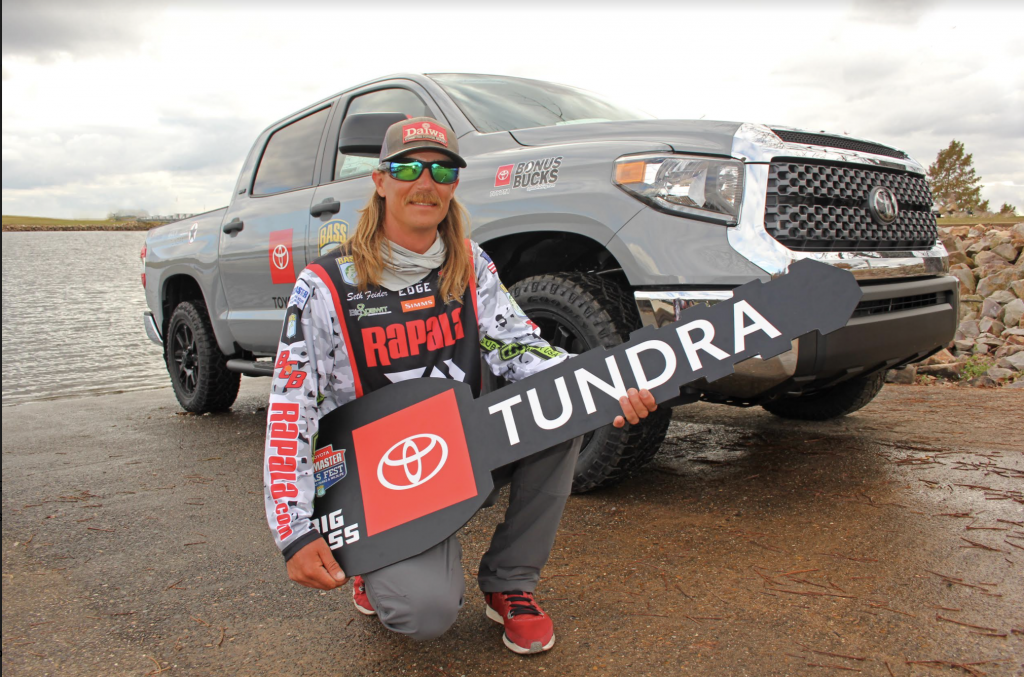 In the end, the Lake Fork beast was the biggest bass of the history-rich event, and the mullet man from Minnesota grabbed the oversized trophy key like an air guitar at the final weigh-in Sunday afternoon.

“It’s been stressful. I’ve probably checked BASSTrakk more times than Patrick Walter’s mom to see if anybody had caught one bigger than me today,” said Feider.

“I just want to thank Toyota for investing in the sport we all love, for sponsoring B.A.S.S., and supporting anglers the way they do. I really appreciate all Toyota does for bass fishing,” Feider told fans from the weigh-in stage.

The 381-HP Tundra, which is assembled in San Antonio, will certainly serve Feider well. Whether he’s driving down a dusty road in search of mallards this off season or towing his boat safely to the 2021 Bassmaster Classic in Fort Worth, he’ll always be thankful the 9-pounder he caught on Day 1 held-up for four days to earn him a brand-new Toyota.