RALEIGH, N.C. (April 11, 2021) – The Major League Fishing (MLF) General Tire Heavy Hitters Presented by Bass Pro Shops event certainly lived up to it’s billing, Sunday, as the best bass anglers in the world caught numerous big fish throughout the day on Jordan Lake that made for a very exciting broadcast for fishing fans. After the last fish had been tallied, pro Fletcher Shryock of Guntersville, Alabama , earned the Group A Qualifying Round victory, catching a two-day total of 23 bass weighing 88 pounds, 13 ounces, and punching his ticket directly into Wednesday’s Championship Round. 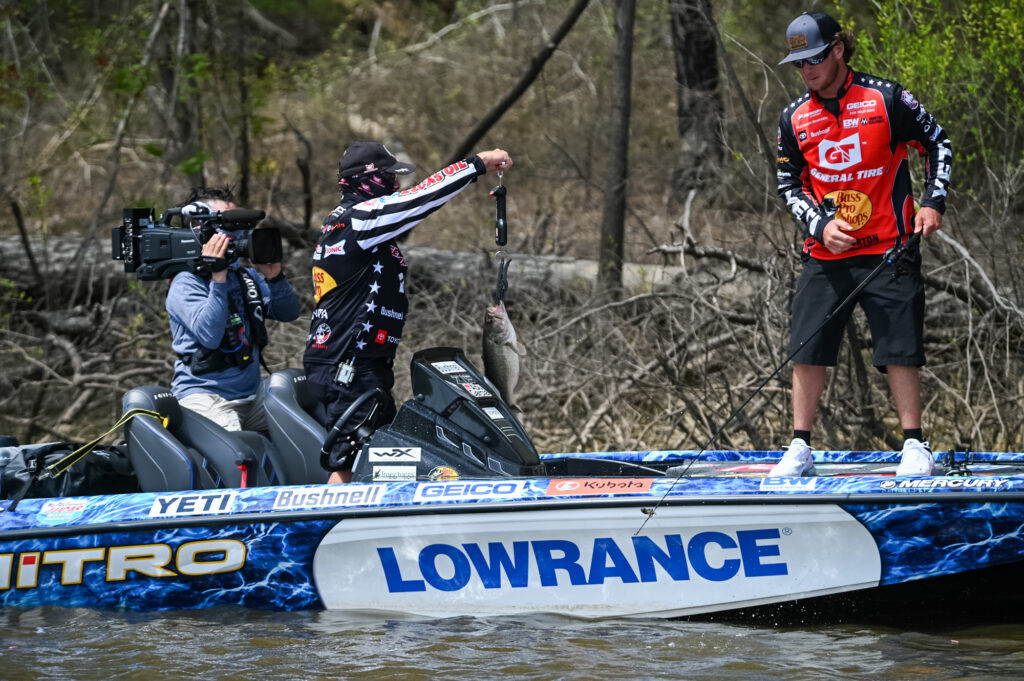 Shryock also won the $25,000 Berkley Big Bass Bonus award Sunday after catching the biggest bass of the two-day Group A Qualifying Round, boating a giant 9-pound, 4-ounce largemouth that he caught flipping a Yamamoto Fat Ika right near the end of Period 2. Berkley Big Bass Bonuses are awarded throughout the competition, with payouts of $25,000, $50,000 and $100,000 being awarded for the single biggest fish in the Qualifying, Knockout and Championship rounds.

“I had a pretty incredible day – not just because I won the round, but to catch that many big ones in one day was just awesome,” said Shryock, who earned the first Qualifying Round win of his MLF career. “I got to fish exactly the way that I like to fish, and catching a 9 (pounder) flipping bushes and willows and stuff like that, it just doesn’t happen a lot. These lakes are incredible.”

Shryock said his key bait Sunday was the Yamamoto Fat Ika, fished on a prototype Favorite Fishing rod – expected to launch this year at ICAST – with 40-pound Vicious braided line.

“I came out today really just trying to stay inside the top-10 cut, but the next thing I knew it was 5-pounder, 4-pounder, 4-pounder, and I just worked my way up the leaderboard. Today was just a great day of fishing, and winning $25,000 and going straight to the Championship Round just makes it that much sweeter.”

Pro Dean Rojas of Lake Havasu City, Arizona, also had a special day. After catching just two bass on Friday and ending the first day of competition in dead-last 20th place, Rojas skyrocketed up the leaderboard Sunday, boating 15 bass weighing 57-11 to end the day inside the Toro Cut Line in 6th place and advance to the Knockout Round with a two-day total of 17 bass for 63-5.

“I had a great day today, a day that you dream about, especially in competition,” Rojas said. “Especially after only catching five pounds on the first day. Coming back and catching 55 pounds today, what an awesome dream day. And there is no better time to do it than today to move on to the Knockout Round at Heavy Hitters.”

The 10 anglers advancing from Group A will have a day off Monday, while the 20 anglers in Group B will complete their two-day Qualifying Round of competition. The Knockout Round, featuring 18 anglers competing to finish in the top eight, will take place on Tuesday. Wednesday’s Championship Round will feature Shryock, Monday’s Group B Qualifying Round winner, and the top eight anglers from the Knockout Round competing in a final-day shootout for the top prize of $100,000.

The top 10 pros from Qualifying Group A that now advance to Tuesday’s Knockout Round on Shearon Harris Reservoir are:

Finishing in 11th through 20th in Qualifying Group A are:

Overall, there were 113 bass weighing 405 pounds, 15 ounces caught by 19 pros on Sunday, which included one 9-pounders, two 8-pounders, one 7-pounder and three 6-pounders caught from Jordan Lake.

The 20 Anglers in Group A competed in their two-day qualifying round on Jordan Lake on Friday and Sunday – the 20 anglers in Group B on Falls Lake on Saturday and Monday. After each two-day qualifying round is complete, the anglers that finish in 2nd through 10th place from both groups advance to Tuesday’s Knockout Round on Shearon Harris, while the winner of each group advances directly to Wednesday’s Championship Round on Shearon Harris. In the Knockout Round, weights are zeroed and the remaining 18 anglers compete to finish in the top 8 to advance to the Championship Round. In the final day Championship Round, weights are zeroed and the highest one-day total wins. 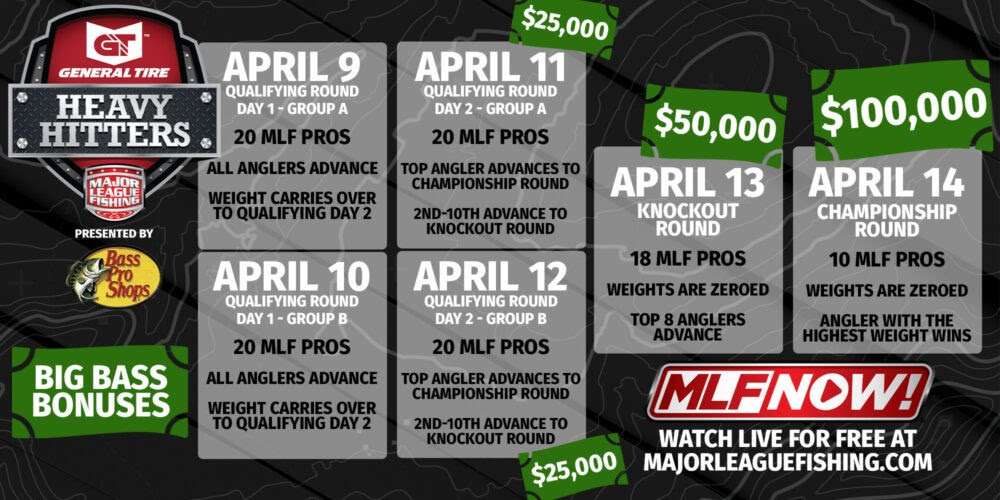