The buzzbait is seen as one of the best ways to catch giant bass. There is something about the action it creates on the surface that is like a magnet to bass. They work around a variety of cover and excel during the warmer months, but Fred Roumbanis has learned that they can be just as effective early and late in the year.

Many anglers pick up the buzzbait in the middle of the summer, and it works great then, but Roumbanis says not to forget spring and fall. 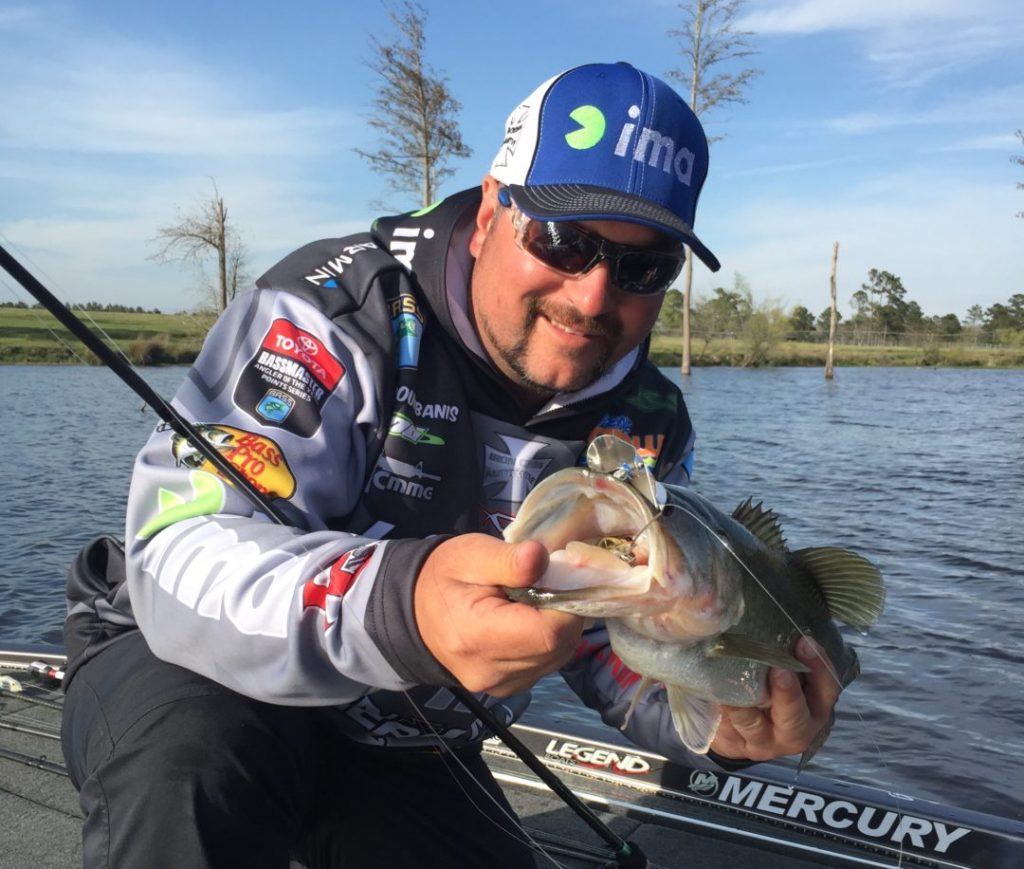 The ima US Buzz is my go-to when the water hits that 54-degree mark in the spring. The bite turns on as the bass start to move shallow before they spawn,” he said. “It seems to work best in the afternoons after the sun warms the water, and it is a great way to catch a big one.”

On the opposite end of the calendar, he finds success each fall with buzzbaits. “I’ve had some of my best days ever with a buzzbait late into the fall. It works for me until the water dips to about 52-degrees. When the shad are running the bank, there is nothing more exciting than a good buzzbait bite,” added Roumbanis.

These are just two situations where Roumbanis likes a buzzbait, but he has some general rules of thumb for when he uses them.

“Fishing a buzzbait can be good most of the year, but it can be more of a time and condition oriented lure. Lowlight conditions early in the mornings and late in the evening, or the shade are always good, and so are cloudy days. Also, a little bit of breeze always helps to make the bite better and if it is windy, it is my first choice over a frog when fishing around lily pads,” said Roumbanis.

Start Throwing It and Go

One of the ways Roumbanis approaches buzzbait fishing is to cover water as quickly as possible. 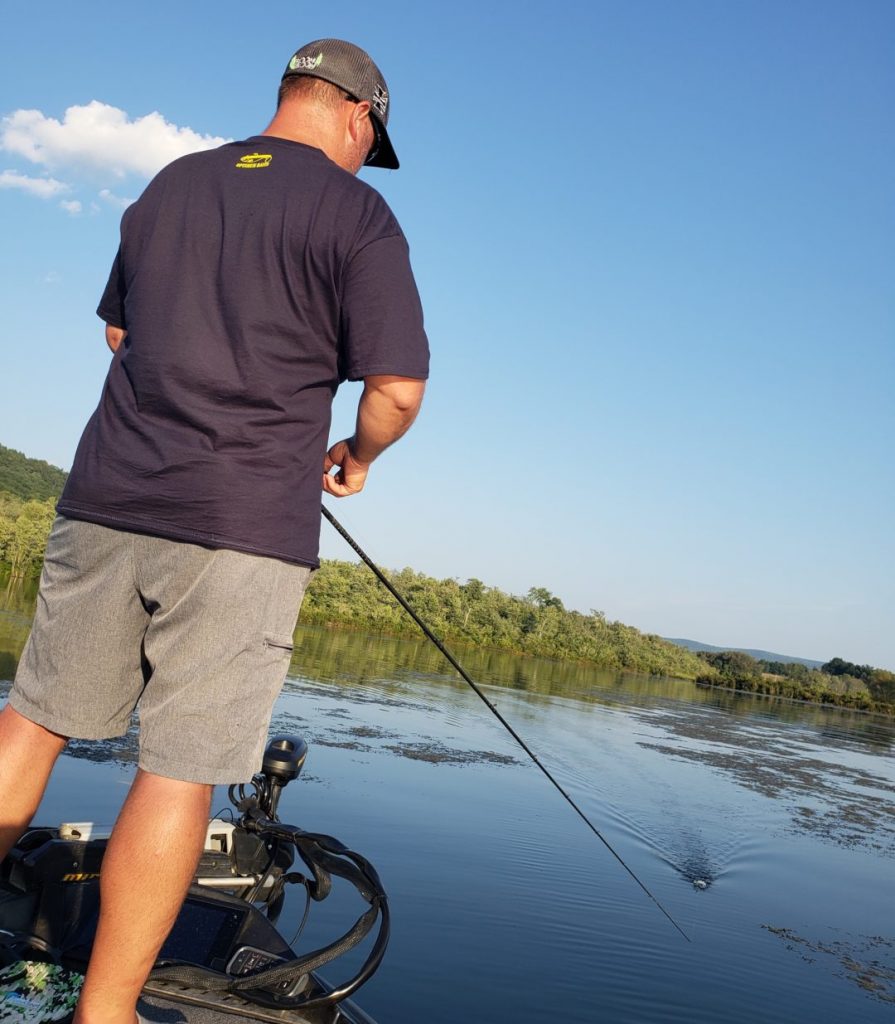 Fred retrieves the ima US BUZZ along a weedline.

“One of the best things about fishing a buzzbait is that they are pretty versatile when it comes to where you can fish them. It could be shallow grass, windy points, and just about any other cover. I always do by best just putting the trolling motor down and covering water quickly,” he said.

He also likes to mix it into a “junk fishing” approach, where he utilizes a variety of baits based on what is in front of him.

“I’ll burn the buzzbait down the bank, then skip it under docks if I come up to one. Then, I might see a bush pile on my graph and drop something else on them,” said Roumbanis.

A Secret of the Pros

According to Roumbanis, the ima US Buzz is well-known among professional anglers, but many keep it quiet for two reasons: another brand sponsors them, or they do not want word to get out.

“I gave one of them to a fellow competitor, and he went out and caught a six-pounder the next day of the tournament with it. There are quite a few guys on tour who are using it.

“It is the best buzzbait I have found; it is really squeaky. The guys who know about it, don’t like to talk about how good it works,” he said. “It has a flat head and skips well, plus you don’t have to mess with it to get it run right. They are dialed in right out of the package.”

There are certain instances when Roumbanis likes a smaller buzzbait, and that is when he reaches for the Lil’ Voice. This compact buzzbait weighs a ¼ ounce, and Roumbanis uses it for two specific situations.

“It is a great buzzbait for fishing the shad-spawn because it is so compact. I’ll also use it when the bass are schooling, and I notice that the baitfish are tiny,” he shared.

Don’t let the small size fool you, though. It has a loud noise thanks to the high-frequency clacker built into the bait and will still catch its’ fair share of big bass.

For the most part, Roumbanis opts for a solid black buzzbait for most conditions. But, he will also mix in a white skirt when they are chasing shad and the Bluegill color when bass are feeding on bluegill. 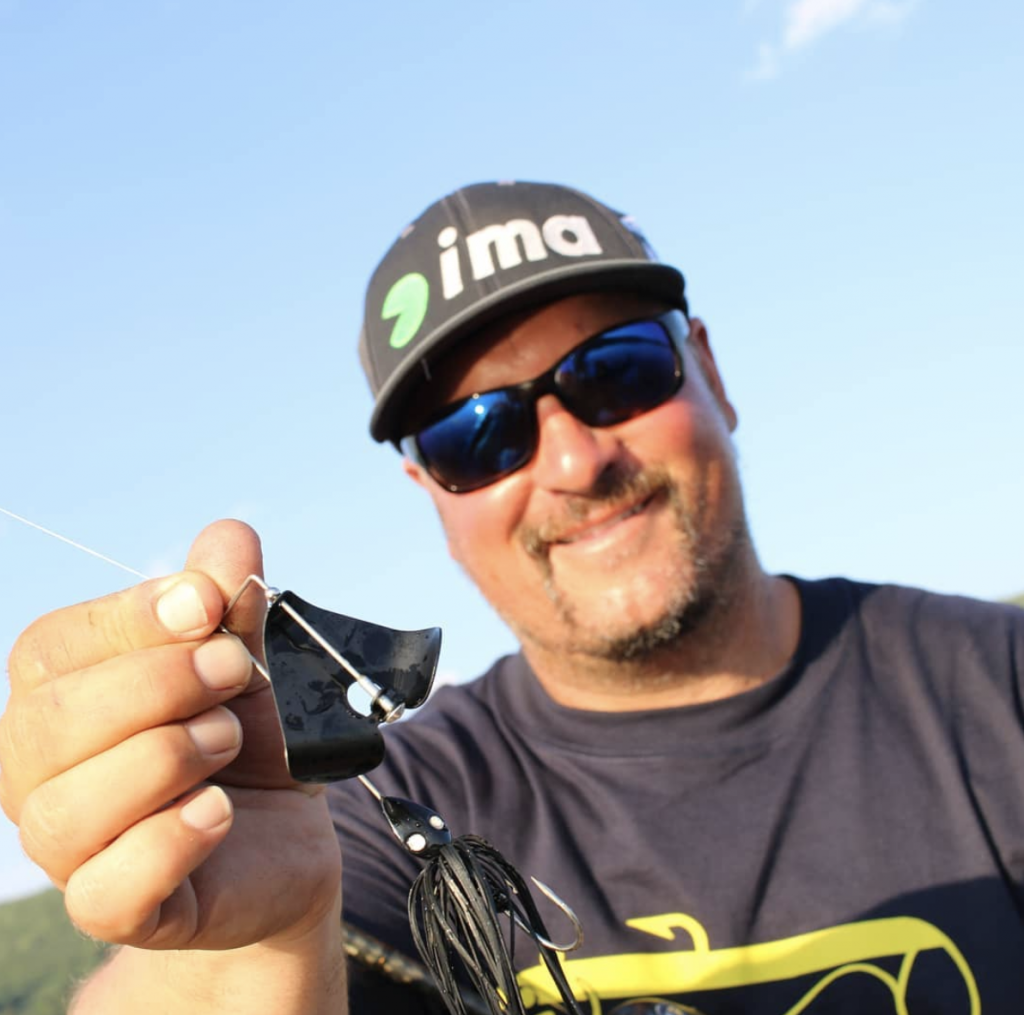 “The Bluegill color is a great sunfish or perch imitator, and I like that it has a gold blade. It excels when fishing around bream beds,” he shared.

One of the keys to fishing a buzzbait is to have the right gear. Roumbanis prefers a 7’ medium heavy Dobyns Rod “Utility Stick” and 50-pound Cortland braided line. “I always fish it on braid just because it floats and it makes it easier to rip it out of cover if it hangs up and it also helps me land more fish.”

When it comes to modifications, Roumbanis shared two things that he likes to do: trim the skirt and add a trailer hook.

“I will cut the skirt just a little bit to make them flare out a little better. I also like to add a 3/O Zappu Tinsel Trailer Hook at times to get more flash,” he said

One of the best things about fishing a buzzbait is the excitement of a topwater strike, but they have proven themselves over the years as a great way to catch big bass. Roumbanis utilizes them most of the year and feels that they are a universal lure that works in many different situations.

Get your own US Buzz here.
If you throw a buzzbait don’t forget to add a trailer hook! The best way to secure it is with a Rapid Hook All you can check them out here.