PALATKA, Fla. — After a tough practice, Robbie Latuso said he only had one area that he felt confident about heading into Thursday’s opening round of the Power-Pole Bassmaster Elite at St. Johns River. 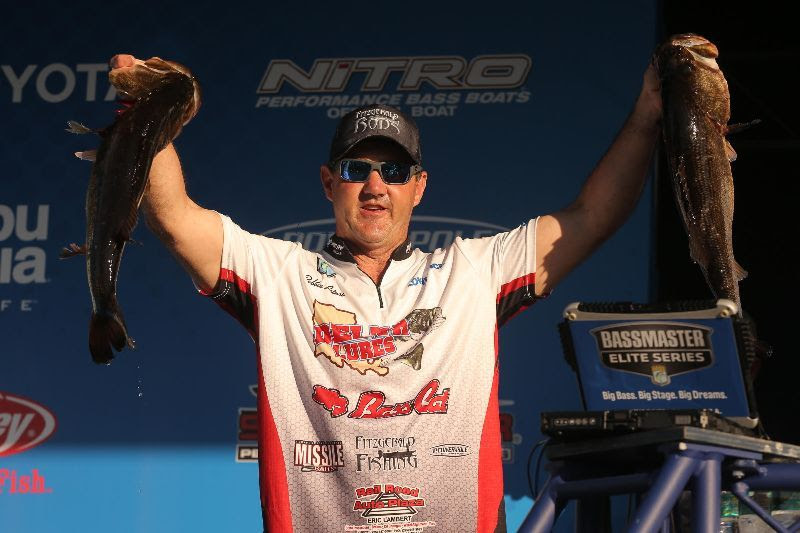 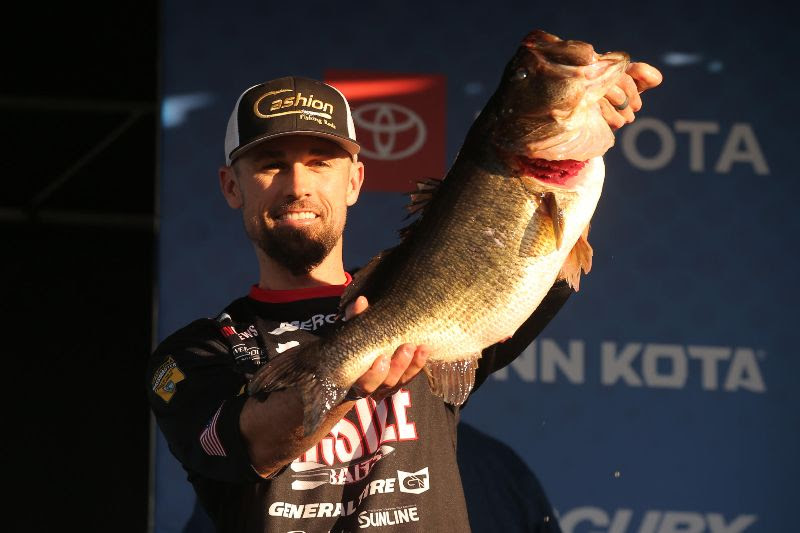 But it turned out to be a good area — and it just kept getting better as the day went along.

The third-year Elite Series pro from Gonzales, La., caught a solid limit early and then steadily culled up until he had a five-bass limit that weighed 25 pounds, 2 ounces. The big bag, which was anchored by an 8-6 largemouth, was good enough for the Day 1 lead.

“So I really caught most of my big fish later.”

With three days left to fish, anglers are always stingy with details. But Latuso said he’s using a technique he’s very comfortable with — and he believes his one magic spot could actually be better for Friday’s second round.

“I think more fish are coming to that area,” he said. “So I’m just gonna go out there tomorrow and have fun again and try to get five more bites.”

Latuso’s 8-plus was impressive, but it wasn’t nearly the biggest bass caught on a day when the Florida fishery really showed its muscle. The Top 10 anglers in the standings all had more than 20 pounds, and the biggest bass of the day was an 11-2 behemoth caught by Virginia angler John Crews.

The giant fish — which Crews said broke his personal-best mark of 11-1 by an ounce — anchored a five-bass limit that weighed 24-13 and moved Crews into second place.

In a scene that would make even the most experienced anglers queasy, Crews landed the bass on a spinning rod with only 12-pound-test line.

“I had caught four, and I knew I had a pretty decent bag,” Crews said. “I knew if I could just catch one more keeper, I would be in good shape. So I actually just started fishing around and picked up that spinning rod.”

He knew the bass was big when he set the hook, but it was while before he knew exactly how big.

“It went all over the place, got hung up in a tree and came out,” Crews said. “But I didn’t get in a big hurry.

Crews referred to his day as a “typical Florida day” because along with the big fish, he also had one that weighed only about 14 ounces. He said he has no idea what Friday will hold, but he’s seen proof positive once again that a big bass can bite at any moment in this state.

Having just turned 40 last year, Crews has been with the Elite Series since its inception in 2006. Another Elite Series veteran, 54-year-old Mark Menendez from Paducah, Ky., fished his way into third place Thursday — and like the two anglers ahead of him, his bag was anchored by a giant.

Menendez weighed in five bass that tipped the scales at 24-8 with a 9-13 anchoring the bag.

“My day was real slow,” said Menendez, who has three career B.A.S.S. victories. “I lost my first two bites, and they were little peanuts.”

He was about to leave and make a long run, but instincts told him to explore the stretch he was on just a little further.

“That’s when I decided I was going to be there a while — and before noon, I caught another 3-pounder and a 6-pounder, all on the same bait.”

When bass are moving onto the spawning beds, as they seem to be on the St. Johns this week, it’s hard to know exactly what will happen next. Warm weather could bring another big wave of bass to the shorelines overnight, making Friday’s round better. Or, the pressure from Thursday’s round could cause a downturn in the fishing.

But one thing is certain: Most of the 75-angler field left Riverfront Park Thursday with a solid understanding of the fishery’s potential.

“I really didn’t know what I could catch going into today,” said Brad Whatley, an Elite Series rookie from Bivins, Texas, who landed in fourth place Thursday with a catch of 23-4 that included two 8-pounders. “I think I’m in an area that has some fish coming in to spawn and some leaving the beds.

The tournament will resume Friday with a full field of 75 anglers fishing once again. Takeoff will be from Riverfront Park at 7:30 a.m. ET, and weigh-in will be back at the park at 4:15 p.m.

After Friday’s competition, only the Top 35 will advance to Saturday’s semifinal round.